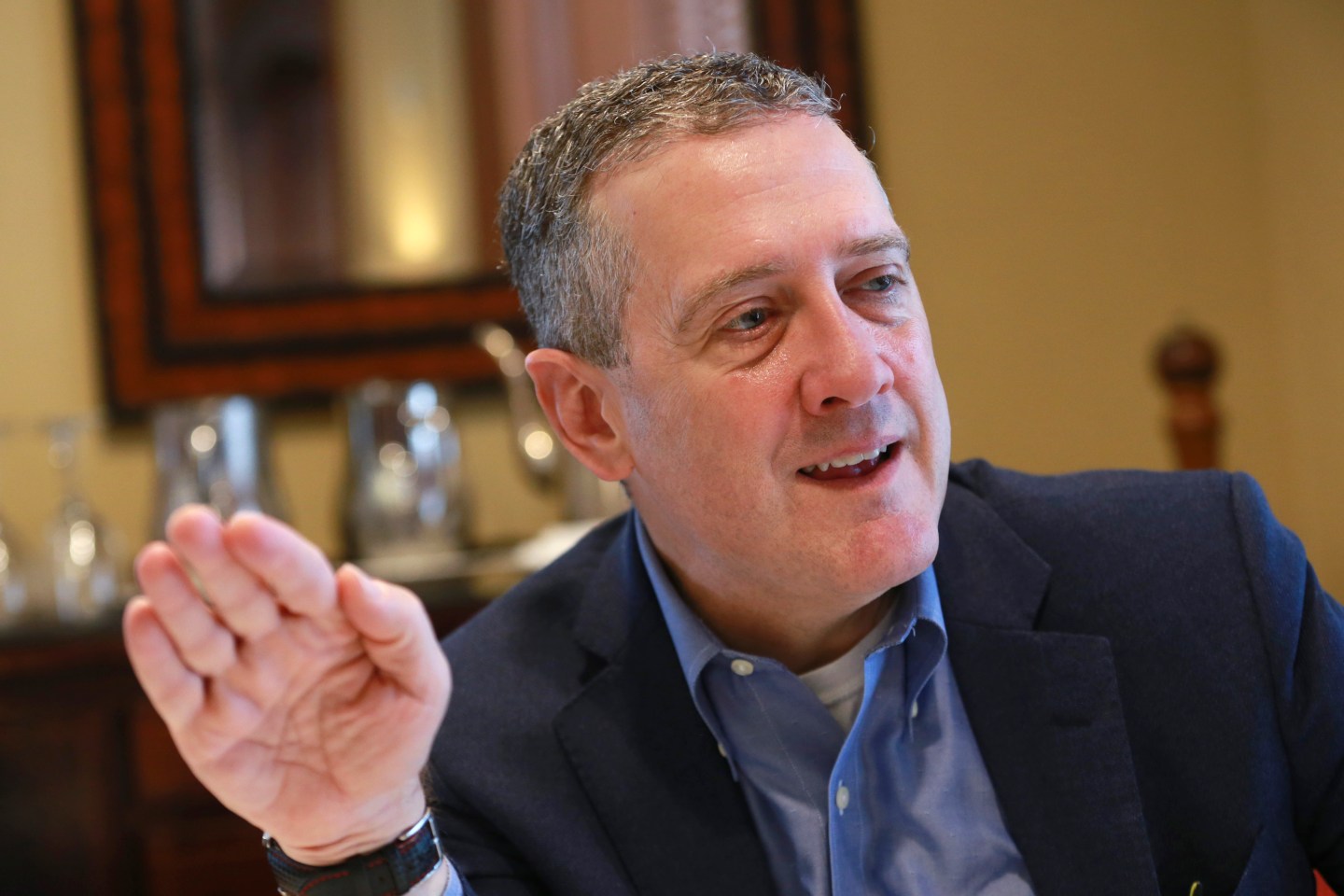 The Federal Reserve may have to raise its benchmark interest rate much higher than it has previously projected to get inflation under control, James Bullard, president of the Federal Reserve Bank of St. Louis, said Thursday.

Bullard’s comments raised the prospect that the Fed’s rate hikes will make borrowing by consumers and businesses even costlier and further heighten the risk of recession. Wall Street traders registered their concern by sending stock market futures further into the red early Thursday. The Dow Jones Industrial Average fell about 180 points, or 0.5%, in morning trading.

Bullard’s remarks followed speeches by other Fed officials in recent days that suggested they see only limited progress, at most, in their use of steadily higher rates to fight inflation. Bullard’s views have added significance because he is a voting member of the Fed’s rate-setting committee this year.

The Fed is seeking to raise borrowing rates to a level that restrains economic growth and hiring in order to cool inflation.

The central bank has rapidly raised its benchmark rate by an aggressive three-quarters of a point at each of its last four meetings — the fastest series of hikes since the early 1980s. The cumulative effect has been to make many consumer and business loans costlier and to raise the risk of a recession.

Those increases have boosted the Fed’s short-term rate to a range of 3.75% to 4%, up from nearly zero as recently as last March, to the highest level in nearly 15 years.

Bullard suggested that the rate may have to rise to a level between 5% and 7% in order to quash inflation, which is near a four-decade high. He added, though, that that level could decline if inflation were to cool in the coming months.

Loretta Mester, president of the Cleveland Fed, echoed some of Bullard’s remarks in her own speech Thursday, when she said the Fed is “just beginning to move into restrictive territory.” That suggests Mester, one of the more hawkish policymakers, also expects rates will have to move much higher.

By contrast, Fed Vice Chair Lael Brainard, a more dovish official, suggested several times Monday that the Fed has already gotten rates to a level that restrains growth, though she added the central bank would need to move “further into restrictive” territory.

And on Wednesday, Esther George, president of the Kansas City Fed, said in an interview with the Wall Street Journal that a recession was likely given how rapidly the Fed has tightened credit.

“I have not in my 40 years with the Fed seen a time of this kind of tightening that you didn’t get some painful outcomes,” she said.

Fed officials, including Chair Jerome Powell, have clearly signaled that they will likely lift rates by a half-percentage point at their next meeting in December, a step down from their previous increases.

Yet at the same time, they have taken pains to emphasize that the smaller hikes — most analysts expect quarter-point increases at the February and March meetings — don’t mean the Fed is necessarily nearing an end to its increases, as the financial markets have often assumed.

“Pausing is off the table right now — it’s not even part of the discussion,” San Francisco Federal Reserve president Mary Daly said in a Wednesday interview on CNBC.

[This report has been updated with more fulsome remarks from Fed officials beyond Bullard.]