Billionaire contributes $740M to rebuild Ukraine, says it will become ‘highest growth economy in Europe without any doubt’ 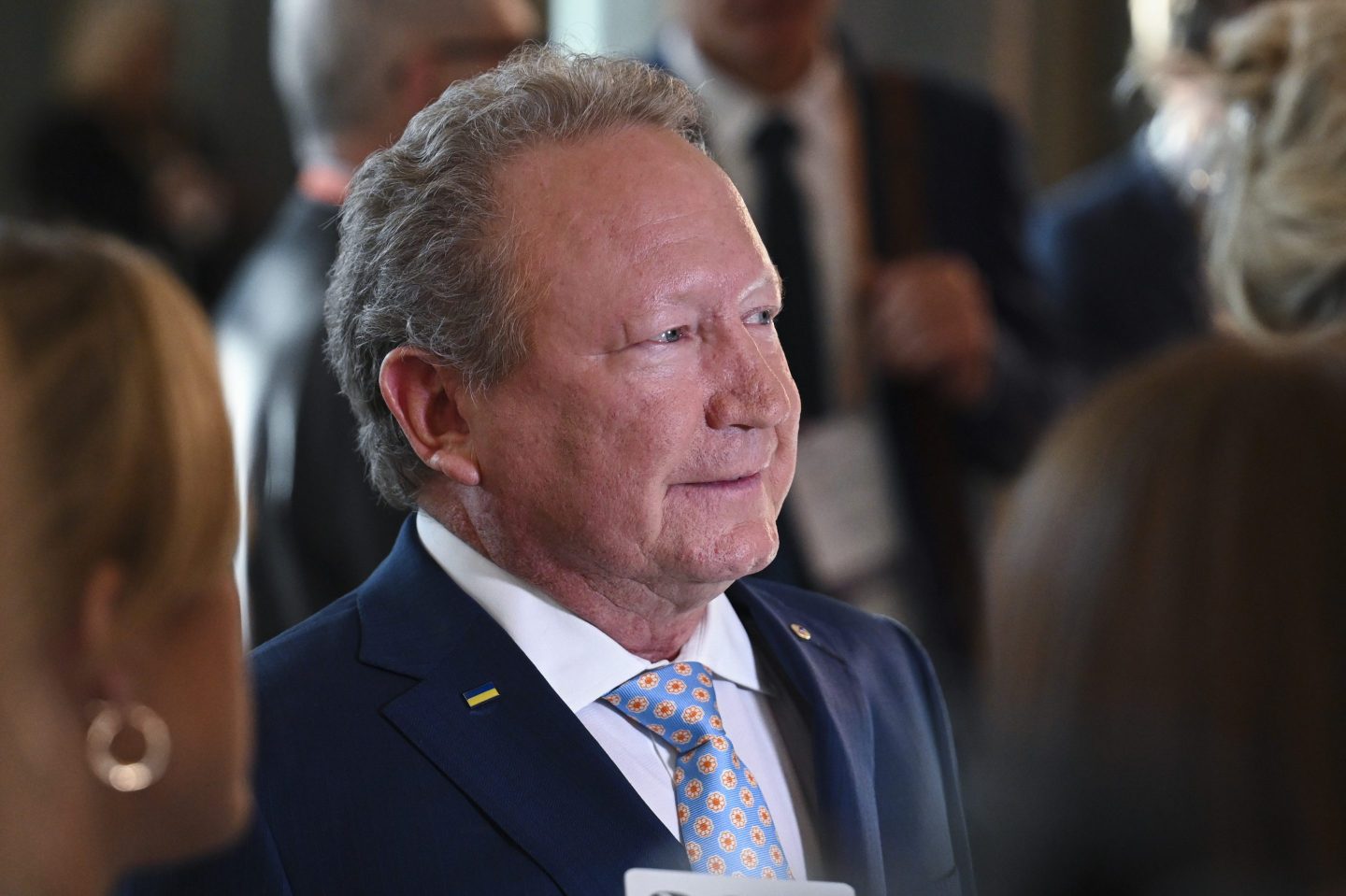 Andrew Forrest is playing a major role in ensuring Ukraine is ready to quickly rebuild after the war.
Martin Ollman—Getty Images

Ukraine will enter into a “golden era” after the current conflict with Russia and become the “highest growth economy in Europe without any doubt,” according to an Australian mining billionaire. But Andrew Forrest isn’t just making rosy predictions—he’s contributing a whopping $740 million from his personal fortune to a fund that will help rebuild the nation.

Announced on Thursday, the fund—called the “Ukraine Green Growth Initiative”—is expected to grow to a minimum of $25 billion and up to $100 billion. Forrest made his comments to Australia’s Nine newspapers, adding, “I don’t want to wait for the last bullet to be fired.”

The fund is being likened to the Marshall Plan, a U.S.-backed initiative to help rebuild Western Europe after World War II (and, indirectly, to win the Cold War). But that U.S. initiative “started late, four years after the [war] ended, when there was devastation,” says Forrest, who is worth about $20 billion and founded Western Australia’s iron ore giant Fortescue Metals in 2003.

Another advantage to building the Ukraine fund now, he notes, is that it will “signal to the people of Ukraine and to the world that at the cessation of hostilities or the expulsion of Russian forces from the lands of Ukraine that they can invest straight away.”

There will also be an opportunity to invest in more cutting-edge infrastructure, noted Ukrainian President Volodymyr Zelensky on Thursday. Russia has destroyed large swaths of infrastructure, but much of it was outdated and built with little regard to the environment.

“Andrew and I have agreed we will not replace communist-era rubbish Russian infrastructure, instead we will leapfrog to the latest technology,” Zelensky said in a statement. “We will take advantage of the fact that what the Russians have destroyed can readily be replaced with the latest, most modern green and digital infrastructure.”

Russia, having suffered heavy losses and embarrassing retreats on the battlefield, has recently focused on destroying Ukraine’s energy infrastructure.

“The whole world can see how Russia, unable to win on the battlefield, terrorizes civil infrastructure. The price of reconstruction is growing with each new strike,” Zelensky said. “One day the aggressor will pay for everything in full, but our people cannot wait for electricity and heat for months. We need to restore Ukraine now! That is why this project is so timely. This innovative initiative will facilitate the world’s first green digital economy and the fastest growing economy in Europe, if not the world.”

Forrest, speaking on ABC’s Radio National in Australia, added, “You will remember the German economic miracle, the Japanese economic miracle after World War II… Ukraine will have it faster. From sovereign funds to professional investors, institutions all over the world and in Australia, this would be a good investment.”