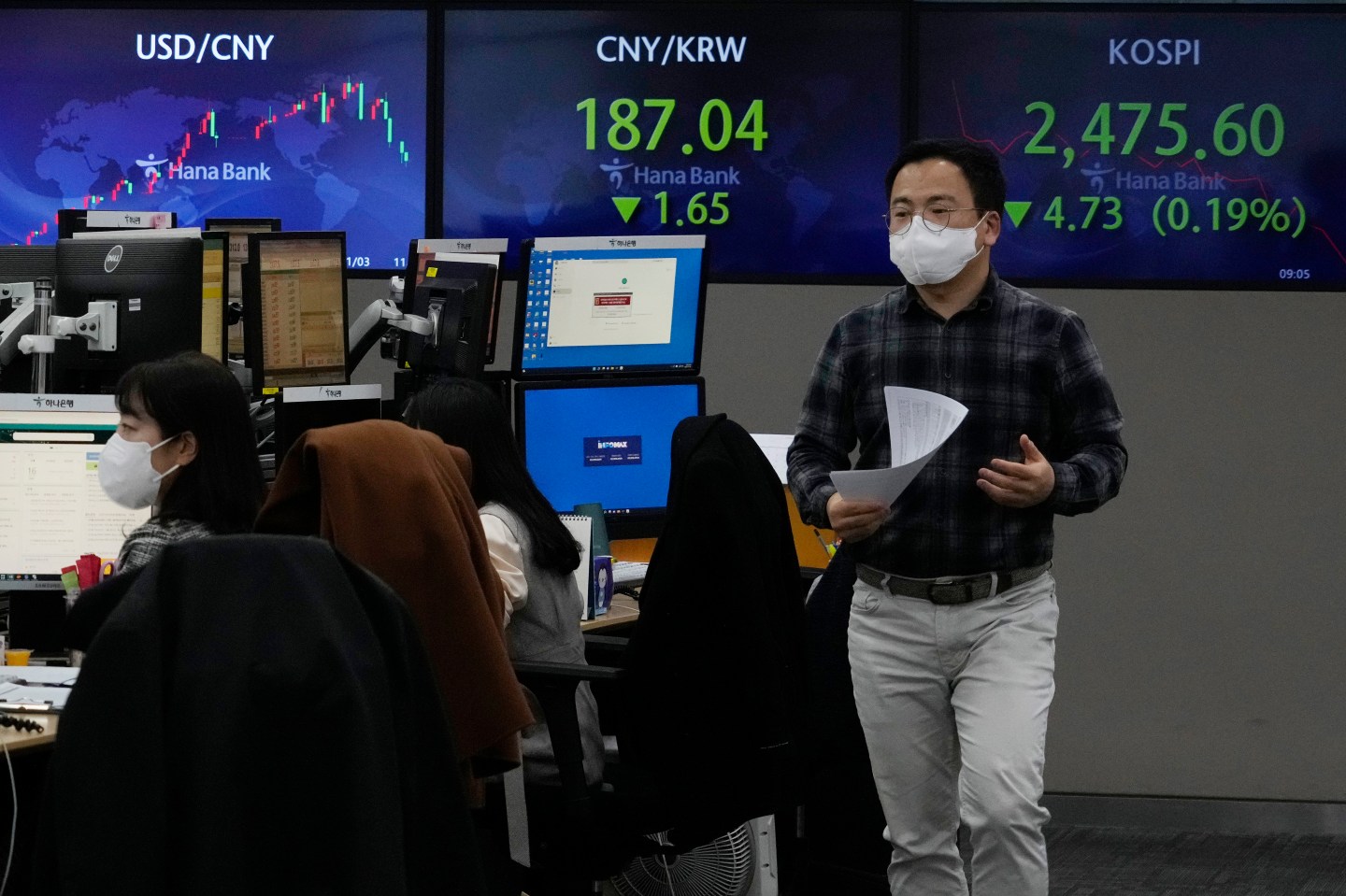 Investors have been jittery over global risks after Poland said a Russian-made missile killed two people there.

Details of the missile were unclear, including who launched it. Three U.S. officials said preliminary assessments suggested the missile was fired by Ukrainian forces at an incoming Russian missile. The Polish government said it was investigating. U.S. President Joe Biden, in Indonesia for the Group of 20 summit, promised “full U.S support for and assistance with Poland’s investigation.”

“Traders are waiting for further developments on the geopolitical front for direction for risk assets. Any signal of escalation in the volatile situation could see a reaction across markets,” he said.

Japan’s Cabinet Office reported that seasonally adjusted core machinery orders fell 4.6% in September from a month earlier. The data for private-sector orders excluding those for ships and power equipment, closely watched as a leading indicator of corporate capital spending, fell 5.8% in August on-month.

Treasury yields eased on hopes a slowdown in inflation could mean the Federal Reserve’s bitter, economy-crunching medicine for it could taper off as well.

“Inflation is still top of mind and market moving,” said Nate Thooft, senior portfolio manager at Manulife Investment Management. “Anything that potentially swings the inflation story, the market is keen to react.”

Such sharp swings for stocks have almost become the norm on Wall Street this year, as high inflation and interest-rate hikes by the Federal Reserve have heightened fears and triggered knee-jerk reactions. “The market remains adrift looking for a good narrative that will stick but seemingly not finding it,” Thooft said.

Traders have been paring their bets for how big a hike the Fed will announce at its next policy meeting in December.

The Fed has already hiked its key overnight rate up to a range of 3.75% to 4% from virtually zero earlier this year. It plans more, but the hope for markets is that improvements in inflation data could mean the Fed holds rates at a level that’s not as punishing for Wall Street.

Prices for crude oil fell back after jumping the day before. A worsening war in Ukraine could cause spikes in prices for oil, gas and other commodities that the region produces.