After a ‘disrespectful’ exit from Nike during her pregnancy, America’s record Olympian has found home with Athleta: ‘They’re like my big sister’ 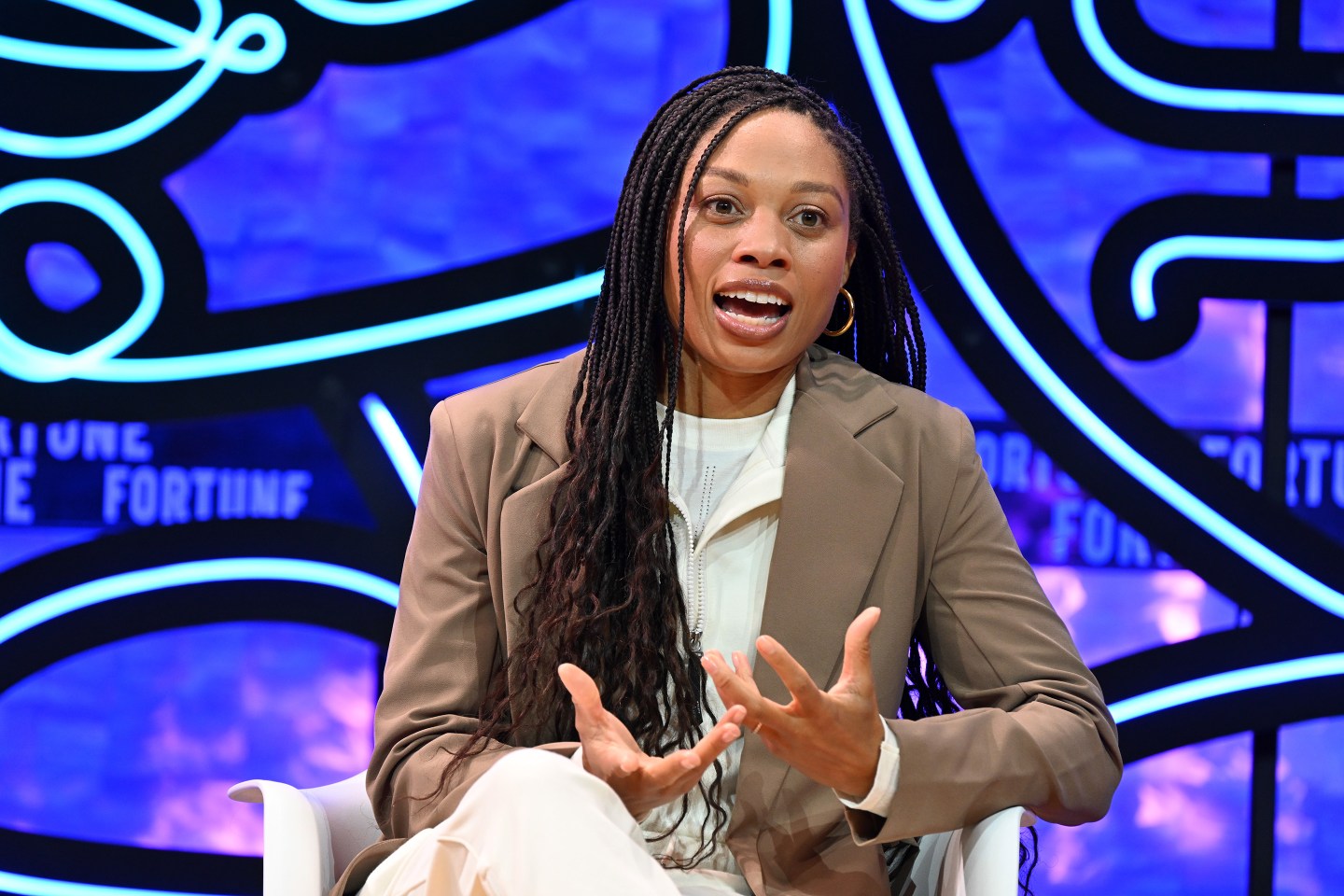 With eleven Olympic medals, Allyson Felix is the most decorated Track & Field Olympian in history. Now retired from the sport, Felix is using her partnership with athleisure brand Athleta to break new ground in sports sponsorship deals and in her advocacy for maternal health among athletes.

All too often, when brands consider success, they only think of “the pure dollars of it all,” Felix said Tuesday at Fortune’s Most Powerful Women Next Gen Summit in San Diego. In her Athleta partnership, she said, “we’re focused on impact and change, and that doesn’t always come through on paper.”

For Felix, that means bringing attention and change to issues around maternal health and equity, particularly for Black women and athletes.

The financial burden of childcare is the “biggest barrier” between women athletes and continued high-level postpartum competition, Felix told NPR earlier this year. “In track and field, the culture around pregnancy was silence. Athletes would either hide pregnancies to secure new contracts, or their [current] contracts were put on hold—almost like they had an injury.”

The focus of the partnership, Laughton said, is how the brand can support Felix holistically, as an athlete as well as as a mother, entrepreneur and activist. As an example, she points to Athleta’s recent decision to offer childcare, with Vivvi, an employer-sponsored childcare company, offer free childcare at the USA Track and Field Championships this summer. “Things like that are so meaningful,” Laughton added.

Felix signed on with Athleta in 2019 after a high-profile contract dispute with Nike, her longtime sponsor, an episode she has described as “disrespectful.”

After suffering from severe preeclampsia, Felix’s daughter was born via emergency C-section in November 2018. In the new contract with Nike, Felix said, the company offered a 70% pay cut and refused to honor the maternity protections she requested.

Felix penned a bombshell article for the New York Times about her “heartbreaking” experience negotiating her contract with Nike while pregnant. Following the publication of the piece—which sparked a widespread outcry and a congressional inquiry—Nike relented, adjusting its maternal policy and vowing not to reduce sponsor-athletes’ pay for nearly a year after they give birth.

But it was too late for Felix, who parted with Nike. She recalled that all of the Nike executives she was interacting with were men. “If a woman was at that table, we probably wouldn’t have had the same outcome.”

That’s a sharp contrast to how she describes her partnership with Althleta: “they’re like my big sister.”

In the three-plus years since Felix teamed up with Athleta, she’s launched five collections and struck out on her own, with her own shoe and lifestyle brand Saysh. Saysh shoes, which Athleta carry in-store, represent Felix’s commitment to women’s needs.

“Women deserve better. Shoes—sneakers specifically—haven’t been made for women,” she said. “I learned that sneakers have been made off the mold of a man’s foot, and I was just appalled by that. I guess it shouldn’t be that surprising, because women are overlooked in a lot of industries, but I was just like, this has got to stop.”

Felix won her 10th Olympic medal in Tokyo wearing Saysh shoes, which she calls the high point of her career. “I was able to show women we can bet on ourselves and do things outside the box in a nontraditional way,” she said. “It was the physical embodiment of that.”

Athleta’s Laughton said the partnership with Felix has helped shape the brand’s views of sports sponsorships. “I don’t see us partnering with someone who doesn’t support our core values of women’s empowerment, inclusivity and sustainability. That will always be the first criteria for us.”

As for athlete mothers, Felix said the group, across different sports, has a lot of momentum. “In the last couple of years, the amount of stories being told around athletes who are mothers—I love to see that,” she said, citing Serena Williams and Alex Morgan. “I just love that my daughter is going to see that things will be different.”