‘I’m going to die in this factory’: Tesla Texas gigafactory construction workers are suing over wage theft and dangerous conditions 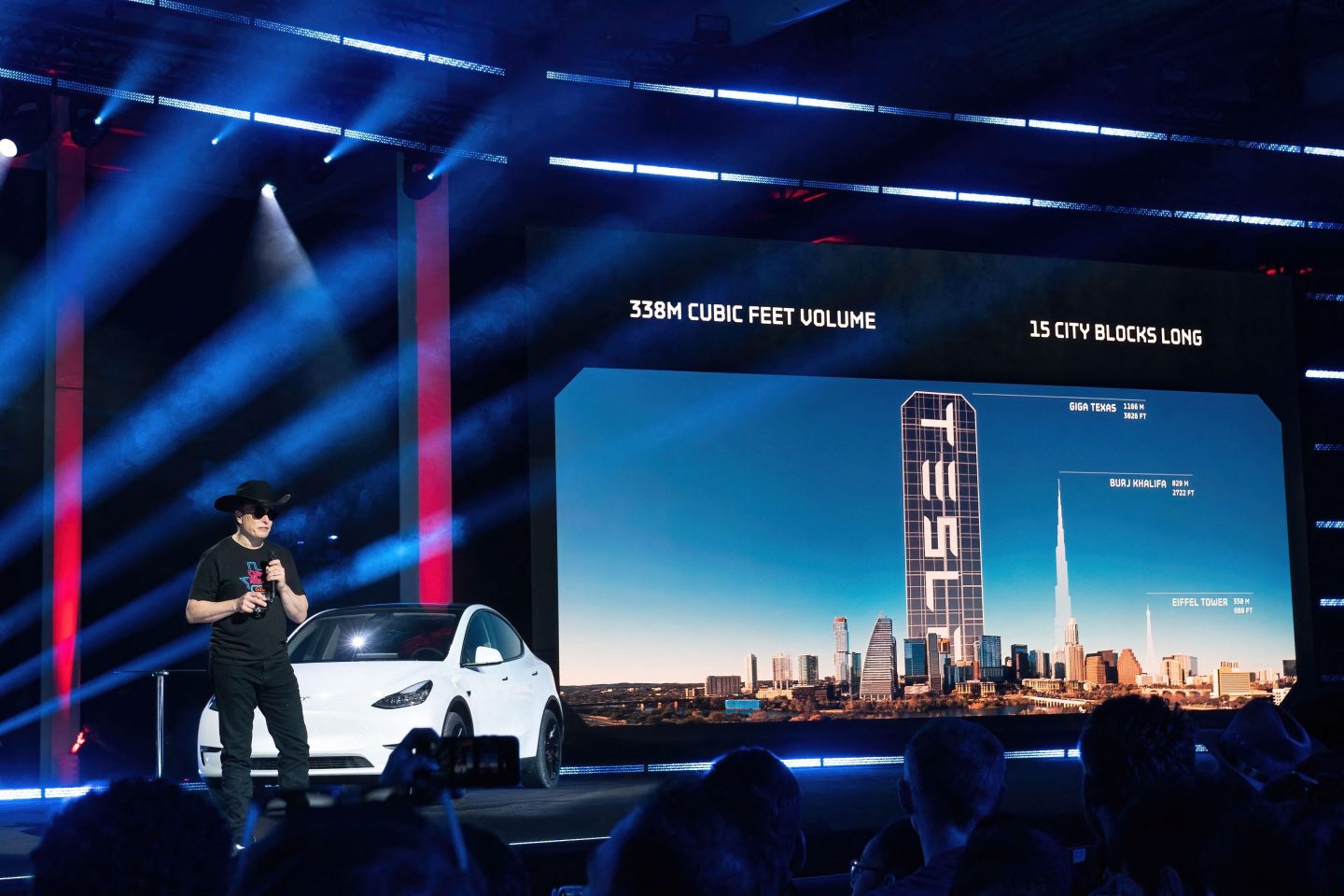 Tesla's gigafactory in Austin was initially supposed to be a construction worker's dream.
SUZANNE CORDEIRO—AFP/Getty Images

The opening of Tesla’s Texas gigafactory was celebrated with a huge party led by Elon Musk in a cowboy hat and sunglasses—but those who built it have reported dangerous and exploitative working conditions.

Construction workers are suing the company for labor violations and will file their complaints with the Federal Department of Labor on Tuesday.

Whistleblowers who worked on the 2,500-acre factory launched in April at Musk’s “Cyber Rodeo” event have brought to light a number of serious issues including wage theft, onsite accidents, and constant hazards.

One worker filing a complaint with the Occupational Safety and Health Administration (OSHA) has said that they were never given the required training for health, safety and workers’ rights—including the right to refuse dangerous work—and instead the credentials were falsified by an unnamed subcontractor.

In specific examples of the dangerous working conditions, workers were told to work on the metal roof at night with no lights, on top of turbines that were blowing smoke without protective masks, and on a flooded first floor with live wiring and cords in the water, according to a report by the Guardian.

One worker reportedly remembered telling his wife: “I’m going to die in this factory.”

Other whistleblowers will complain that they were either not paid at all for their work, or were not given proper overtime compensation. Some who sacrificed their time to work over Thanksgiving say that they were never paid the promised double wage, according to the case referral.

One man allegedly was so desperate for money that he continued to work onsite with a brace having broken his arm.

Musk’s new gigafactory for Tesla in Austin, designed to become the company’s central outpost in the U.S., was lauded as a construction worker’s dream amid the announcement in 2020, with the billionaire even tweeting that it could create 10,000 new jobs in the area—double the minimum initially established.

Located along the Colorado river, and close to the city’s airport, it drew excitement as the place where the long-awaited electric pickup “Cybertruck” would be manufactured.

However, Tesla appears to have continued a history of poor and dangerous working standards; between 2014 and 2018, the company incurred over $236,000 in fines for other OSHA violations.

Earlier this year workers at the auto manufacturer’s gigafactory in China were reportedly made to sleep onsite, and work 12-hour shifts six days per week. In Reno, several injuries have been reported at a Tesla factory, including amputation

Tesla has also been accused of fostering a toxic workplace culture of discrimination and harassment, while in August the company violated labor law by restricting employees from wearing pro-union shirts.

Tesla did not immediately respond to request for comment.