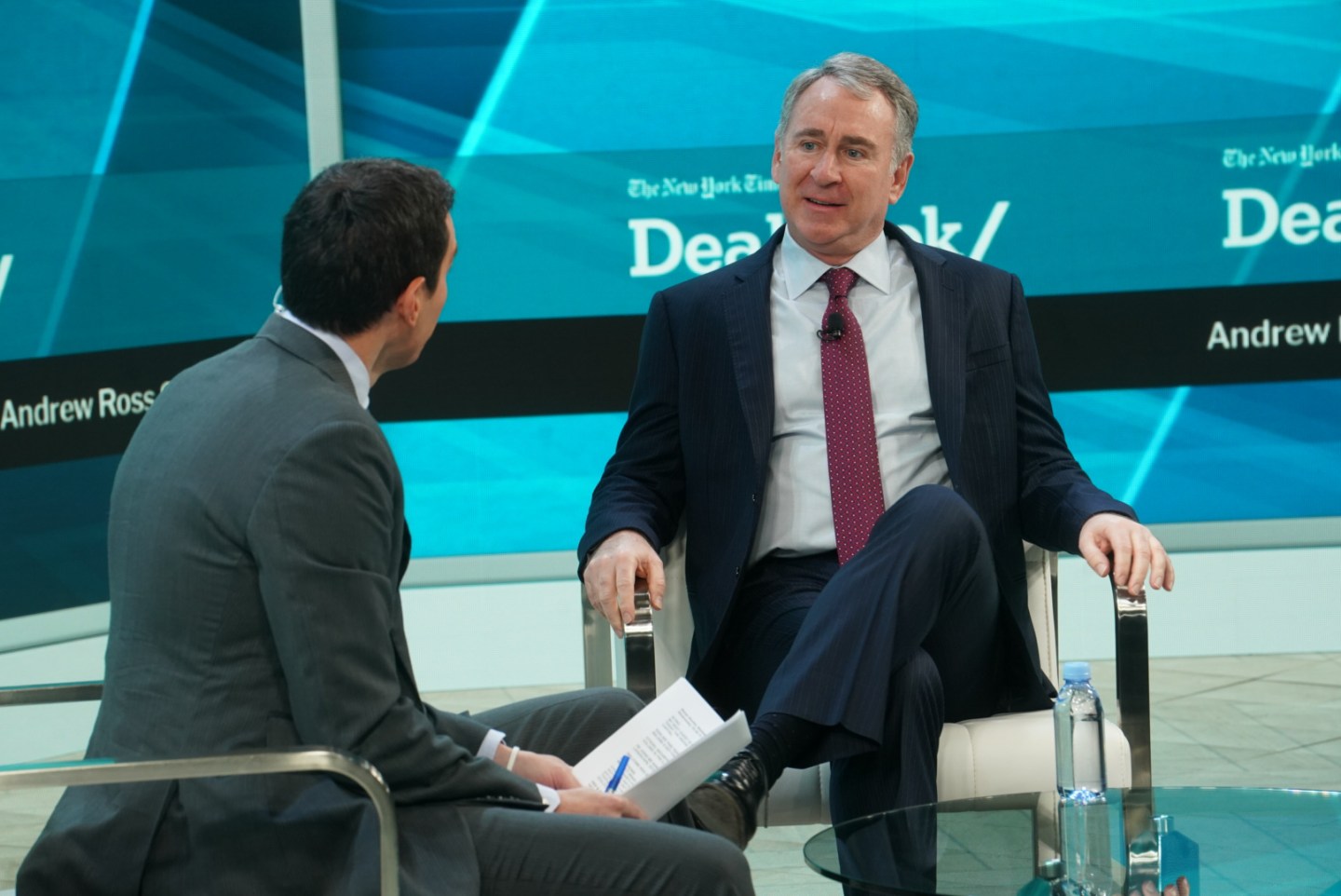 With an estimated fortune of more than $29 billion, Ken Griffin is Florida’s richest person and one of the GOP’s biggest benefactors.
Ryan Muir—Getty Images via The New York Times

Citadel’s billionaire founder, Ken Griffin, called Donald Trump a “three-time loser” and said he hoped the former president would “see the writing on the wall” and not run for the White House again, making way for Florida Governor Ron DeSantis.

“I’d like to think that the Republican party is ready to move on from somebody who has been for this party a three-time loser,” Griffin said, citing Trump’s 2020 defeat, the loss of Georgia Senate seats in 2021 and this year’s midterms. DeSantis, who Griffin has financially backed, is “going to run on a record of just unbelievable accomplishment.”

Griffin’s comments Tuesday at the Bloomberg New Economy Forum in Singapore came ahead of Trump’s expected launch of his third presidential bid in Florida later in the day. The GOP supporter praised the results of last week’s midterm elections, even though a predicted Republican “red wave” turned out to be “red ripple,” with Democrats outperforming expectations.

“It was a great moment — American voters came out in droves,” he said. “This was a triumph of democracy,” he added, citing voters’ decision to split their ballots between members of both parties and the failure of many fringe candidates in both parties. “I’m quite happy about the midterms.”

With an estimated fortune of more than $29 billion, according to the Bloomberg Billionaires Index, Griffin is Florida’s richest person and one of the GOP’s biggest benefactors. He gave DeSantis $5 million for his re-election race, one that the 44-year-old governor won by a landslide.

Griffin also weighed in on US-China relations and the economy, saying a trade war with China would have a big opportunity cost for humanity. Recent US legislation aimed at bolstering US chip-making is “really important,” but he added that American restrictions on Beijing’s access to high technology and semiconductors could result in a conflict over Taiwan.

Losing access to chips made in Taiwan would result in an “immediate depression,” with US gross domestic product taking a 5%-10% hit, he said.

“It’s not necessarily clear that we get the outcome we want by depriving the Chinese of this technology,” Griffin said. “We’re playing with fire here.”

Griffin said he thinks the US has already seen “peak inflation” and that price rises will slow dramatically by the end of 2023, but he added that the Federal Reserve needs to “finish the job.”

Touching on the scandal and downfall of Sam Bankman-Fried’s FTX, Griffin said he wasn’t interested in replacing the crypto exchange’s name on the Miami Heat basketball team’s arena, where it was only recently added.

“It turns out that it appears that having your name on a stadium is really bad karma,” Griffin said, saying he’d rather focus on building his new corporate headquarters in the city. “We’re so proud to be a part of that community and call Miami home.”