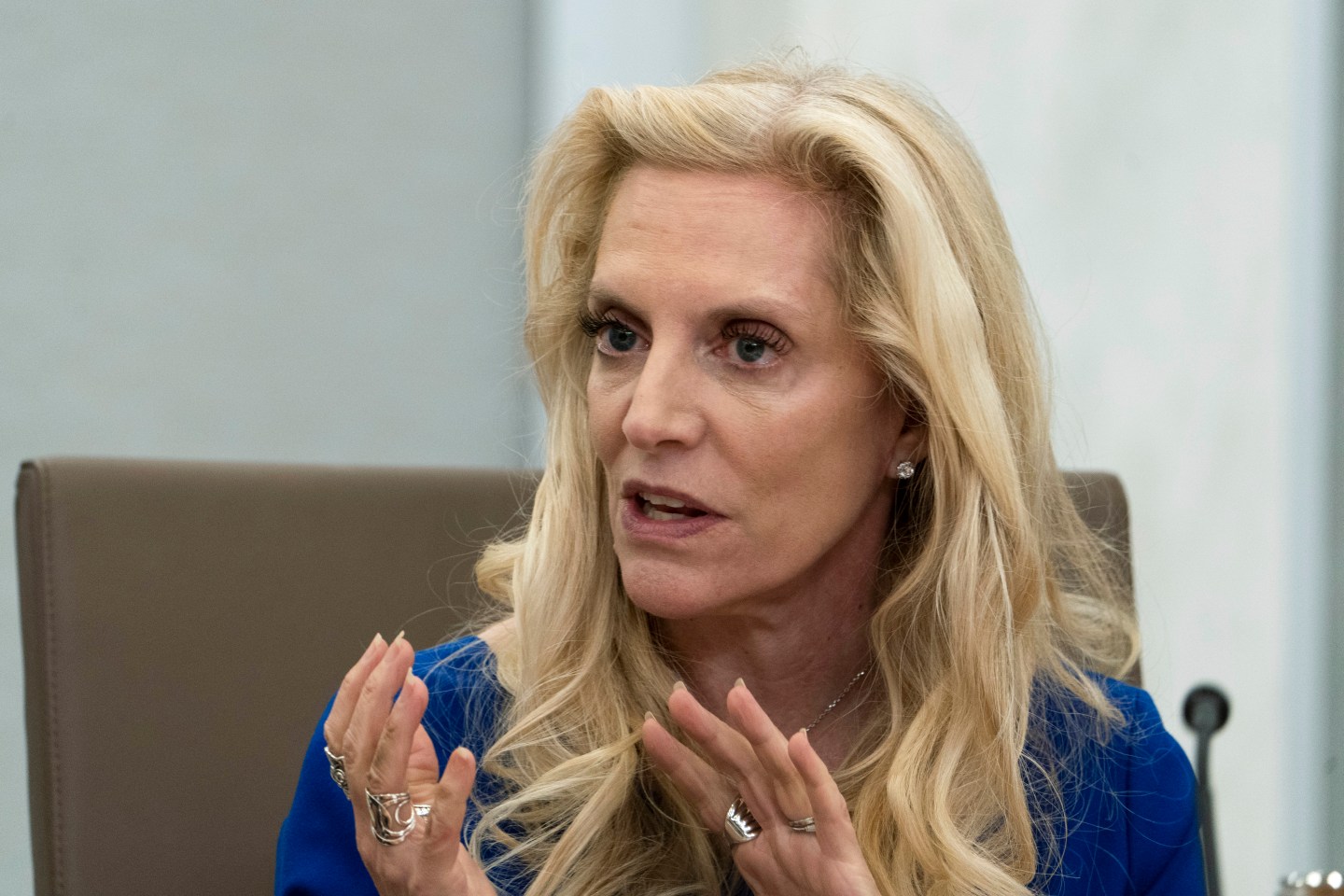 Federal Reserve Vice Chair Lael Brainard said Monday that she was encouraged by last week’s U.S. inflation report, which pointed to slower price increases, and said the Fed would likely soon reduce the size of its interest rate hikes.

“The inflation data was reassuring, preliminarily,” Brainard said. “It will probably be appropriate, soon, to move to a slower pace of rate increases.”

Brainard’s comments, during a discussion at Bloomberg, were more positive toward the inflation report than were those of several of her Fed colleagues last week. Some central bank officials have sought to temper the stock market’s ebullient response to the better-than-expected inflation report, which suggested that the rampant price spikes of the past 18 months were moderating.

The Fed is considering raising rates in smaller increments after having increased its key short-term rate, which affects many consumer and business loans, by a substantial three-quarters of a point at four straight policy meetings. Yet the central bank doesn’t necessarily want the stock market to jump in response. A major sustained stock rally tends to cause consumers and businesses to spend more and can undercut the Fed’s efforts to cool economic growth and inflation.

On Sunday, Christopher Waller, a member of the Fed’s influential Board of Governors, suggested that “everybody should just take a deep breath” after last week’s inflation report, because it “was just one data point.”

“We’re going to need to see a continued run of this kind of behavior and inflation slowly starting to come down,” Waller said, “before we really start thinking about taking our foot off the brakes.”

On Monday, Brainard pointed approvingly to a decline in goods inflation: The costs of used cars, clothes and furniture all fell from September to October. Those price declines reflected the unsnarling of previously clogged global supply chains, which had caused inflation spikes last year and earlier this year.

The central bank can now take a more deliberative approach, Brainard said, after having raised its key short-term rate to a range of 3.75% to 4%, a level she said will restrict economic growth over time.

The Fed’s vice chair noted that it can take time for rate increases to affect the overall U.S. economy. In the past, Brainard has made that point in explaining that raising rates in smaller increments would give the Fed time to judge how its earlier rate increases were working.

As the Fed’s policies start to restrict growth, Brainard said, the policymakers will start considering the risk that they could go too far and raise rates higher than needed, thereby causing a recession.

Thursday’s data showed that consumer prices rose 7.7% in October compared with a year ago — still a painfully high level, but down from a peak of 9.1% in June. And a separate gauge that measures “core prices,” which exclude volatile food and energy, rose just 0.3% from September to October, half the pace of the previous two months.

In her remarks Monday, Brainard underscored that the Fed would continue to raise rates in the coming months.

“What’s really important to emphasize,” Brainard said Monday, “is we’ve done a lot, but we have additional work to do both on raising rates and sustaining restraint to bring inflation down to 2% over time.” That was a reference to the Fed’s annual 2% inflation target.

Speaking at a news conference earlier this month, Chair Jerome Powell signaled that the Fed may scale back its rate hikes to a half-point as soon as its meeting in mid-December. Historically speaking, that would still amount to a sizable increase. In the past, the Fed has most commonly raised or cut rates by just a quarter-point.

In the wake of the market’s celebratory response to the inflation data, several Fed policymakers sought last week to cool the enthusiasm.

“One month of data does not a victory make, and I think it’s really important to be thoughtful, that this is just one piece of positive information,” said Mary Daly, president of the San Francisco Federal Reserve.

Lorie Logan, president of the Dallas Fed, added Thursday that the inflation figures “were a welcome relief” but made clear that further Fed rate hikes are coming, though possibly at a slower pace.

In her remarks Monday, Brainard pointed to other signs that inflation pressures are cooling. She noted that two gauges of worker pay have shown that wage growth is declining.

“That does suggest … lessening wage pressures,” she said.

Though Powell has said that rapid wage growth is not a principal driver of inflation, pay raises can perpetuate price hikes, particularly in services such as restaurants, hotels and airlines, as companies pass on to customers the cost of higher labor through price increases.

Brainard also said the collapse of the FTX cryto exchange and its effects on other parts of the crypto universe, such as lender BlockFi, show that cypto is “highly concentrated, highly interconnected” and there “need to be strong regulatory guardrails.”

“It is really concerning to see that retail investors are getting hurt by these losses,” she said.