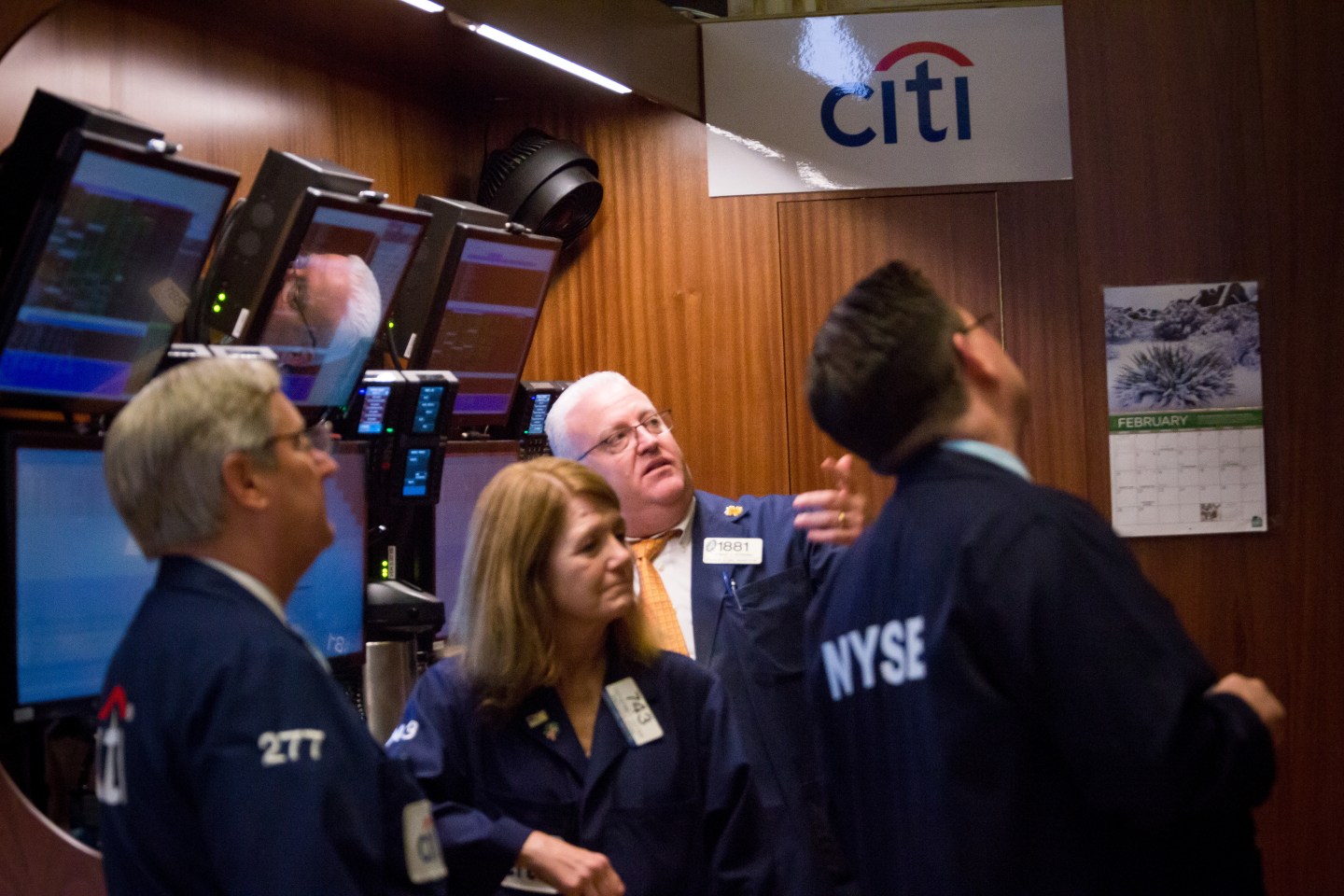 Stocks are bursting toward their best day in years Thursday as exhilaration sweeps Wall Street and financial markets worldwide after a report showed inflation in the United States slowed last month by even more than expected.

The S&P 500 was 4.1% higher in morning trading, and the encouraging data also sent prices leaping in markets for everything from metals to European stocks. Even Bitcoin clawed back some of its steep plunge from prior days caused by the crypto industry’s latest crisis of confidence.

The Dow Jones Industrial Average was up 852 points, or 2.6%, at 33,366, as of 10:44 a.m. Eastern time, while the Nasdaq composite soared 5.5%. Investors took the data as a sign that the worst of high inflation may finally be behind us, though analysts cautioned it was still premature to declare victory.

The most dramatic action may be happening in the bond market, where Treasury yields sank sharply as investors pared bets for how aggressive the Federal Reserve will be in hiking interest rates to get inflation under control. Big rate hikes by the Fed have been the main reason for Wall Street’s struggles this year and are threatening a recession.

The yield on the 10-year Treasury, which helps set rates for mortgages and other loans, fell to 3.84% from 4.10% late Wednesday, which is a major move for the bond market. The two-year yield, which more closely tracks expectations for Fed action, dropped to 4.32% from 4.58%.

All the action stemmed from a U.S. government report showing that inflation slowed in October for a fourth straight month since it hit a peak of 9.1% in June. The reading of 7.7% was even better than economists were expecting.

Perhaps more importantly, inflation also slowed more than expected after ignoring the effects of food and energy prices. That’s the measure the Fed pays closer attention to. So did inflation between September and October.

“The month-on-month rate of inflation is much more informative,” said Brian Jacobsen, senior investment strategist at Allspring Global Investments. “On that measure, inflation is still high, but not scary high.”

Slower inflation could keep the Fed off the most aggressive path in raising interest rates. It’s already raised its key rate to a range of 3.75% to 4%, up from virtually zero in March.

By raising rates, the Fed is intentionally trying to slow the economy and jobs market in hopes of undercutting inflation, which hit a four-decade high in the summer. The risk is that it can create a recession if it goes too far, and higher rates drag down on prices for stocks and other investments in the meantime.

Higher rates have hit high-growth tech stocks, cryptocurrencies and other investments seen as the riskiest or most expensive in particular.

Big Tech stocks were some of the most buoyant forces on Wall Street following the inflation report. Apple and Microsoft both leaped roughly 6%, while Amazon soared 9%.

The Nasdaq composite, which is full of tech-oriented stocks, is on track for its best day since the spring of 2020, when Wall Street was in the midst of its frenzied recovery from the crash caused by the coronavirus. The broader S&P 500 is as well.

Homebuilders and other companies in the housing industry were also strong on hopes Fed will take it easier on rate hikes that have already sent mortgage rates to industry-punishing levels. Lennar and PulteGroup both jumped 12.6% for some of the biggest gains in the S&P 500.

Following Thursday’s inflation report, traders increasingly shifted into bets for the Fed to raise rates by only 0.50 percentage points next month, instead of a bigger hike.

While Thursday’s report on inflation was an encouraging sign, analysts also cautioned the Fed’s campaign against high inflation is likely still far from over. Inflation data has also given false hope before, only to reaccelerate again.

“The Fed was adamant that it won’t hit the brakes on rate hikes until inflation slows, and while the market’s rally indicates investors may see light at the end of the tunnel, it will get one more reading before its decision next month,” said Mike Loewengart, head of model portfolio construction at Morgan Stanley Global Investment Office. “Remember that even as we see a slowdown, prices remain elevated and have a long way to go before normalizing.”

One of the reasons the Fed has been so aggressive about hiking rates is because it wants avoid a debilitating cycle where expectations for high inflation push people to change their behaviors in ways that lead to even higher inflation.

Stocks have swung sharply this week, with several factors pushing the market both up and down. On one hand, investors hope Tuesday’s elections may result in a Washington where control is split between Democrats and Republicans. That could prevent the kind of sweeping economic changes that make investors nervous, but the outlook for that is still uncertain as votes are still being counted.

Huge losses in the crypto world, meanwhile, were threatening to spill over into other markets and at least dent confidence among investors. Bitcoin was sitting below $16,500 shortly before the inflation report, down from roughly $20,000 a week ago and nearly $69,000 a year ago. It jumped back toward $17,500 after the inflation report.