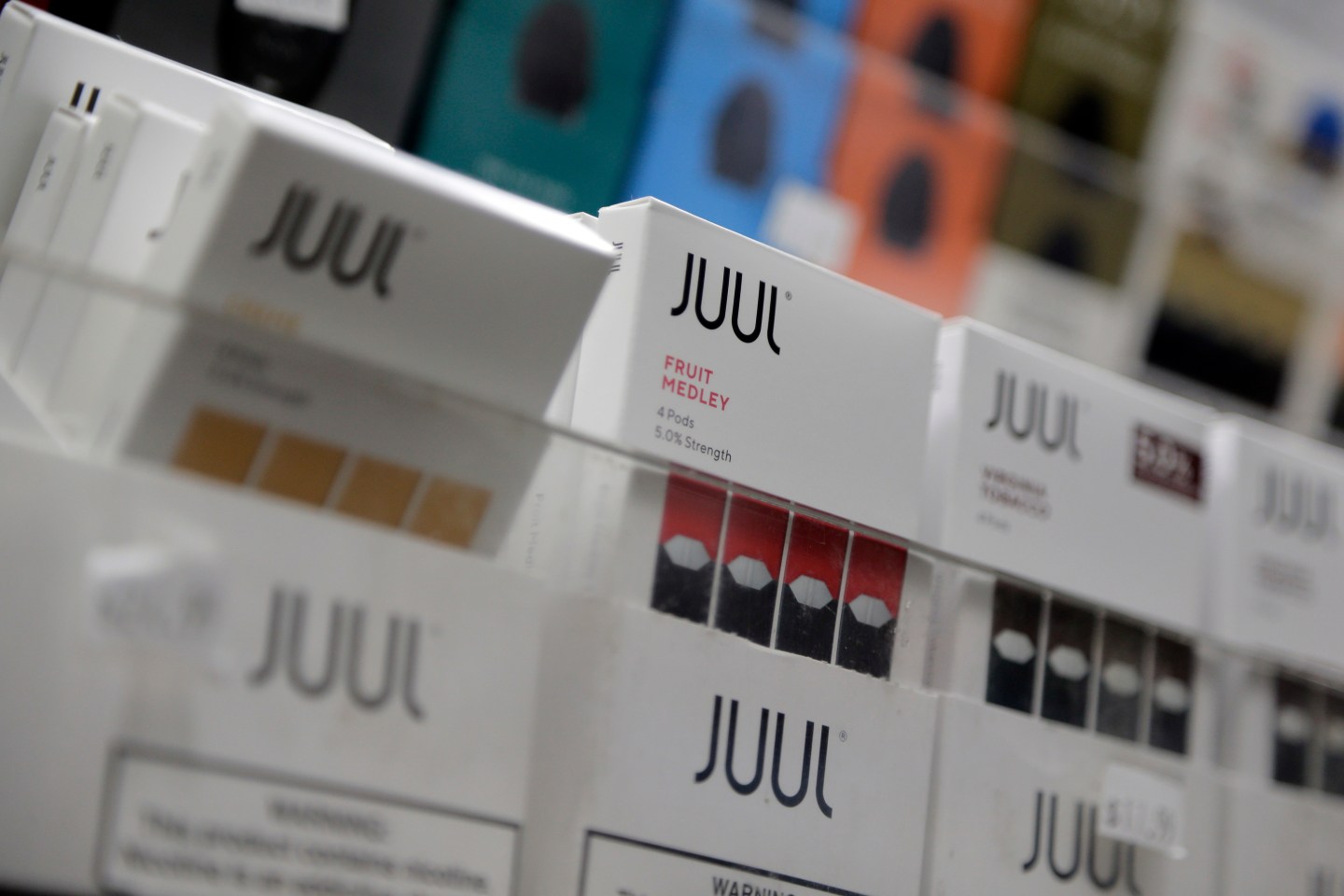 Juul said it has obtained new financing to stay in business and continue operations, which includes challenging plans by the Food and Drug Administration to ban its products.

The layoffs include 400 staffers and are part of a cost-saving plan to immediately cut Juul’s operating budget by 30% to 40%, according to a person familiar with the plan who requested anonymity to discuss its details. The new cash infusion came from two early Juul investors: Nicholas Pritzker, head of Hyatt Hotels, and Riaz Valani, a private equity specialist based in San Francisco, according to the same person.

For weeks, industry analysts have speculated that Juul could soon declare bankruptcy or sell itself to another company. Thursday’s announcement appears to have at least delayed any move in that direction.

“This investment will allow Juul Labs to maintain business operations, continue advancing its administrative appeal of the FDA’s marketing denial order and support product innovation and science generation,” a company spokesperson wrote in an email.

Juul rocketed to the top of the U.S. vaping market five years ago on the popularity of flavors like mango, mint and creme brulee. But the San Francisco company’s rise was fueled by use among teenagers, some of whom became hooked on Juul’s high-nicotine pods.

The backlash against teen vaping triggered a series of government actions that have forced the company into retreat. Since 2019, Juul has dropped all U.S. advertising and discontinued most of its flavors.

The biggest blow came in June when the Food and Drug Administration rejected the company’s application to keep its product on the market as a smoking alternative for adults, throwing its future into uncertainty. The FDA said Juul did not adequately address key questions about the potential for chemicals to leech from its device. The FDA has placed a temporary hold on its initial decision while Juul files an appeal.

Another setback came in September when the company’s largest investor, tobacco giant Altria, announced plans to resume competing on its own in the e-cigarette space.

Altria pulled its own e-cigarettes off the market in 2018 after taking a nearly $13 billion stake in Juul. But that investment has lost more than 95% of its value as Juul’s prospects have dimmed, giving Altria the option to exit its non-compete agreement.

The decision means Juul could soon be forced to battle for space on retail shelves with Marlboro-maker Altria, along with longstanding competitors like Reynolds American’s Vuse, which recently edged past Juul to become the leading U.S. vaping brand.

Juul’s share of the $5.5 billion retail market has plummeted to about 33% from a high of 75% several years ago.

While Juul is no a longer popular with U.S. teens, the company remains a target for politicians in Washington and throughout the country seeking to crackdown on youth vaping.

In September, Juul announced it would pay $440 million to settle an investigation by nearly three dozen states into its marketing practices and their contribution to the spike in underage vaping. Juul still faces nine separate lawsuits from other states. And thousands of personal lawsuits filed by individual and families have been consolidated in a California federal district court.