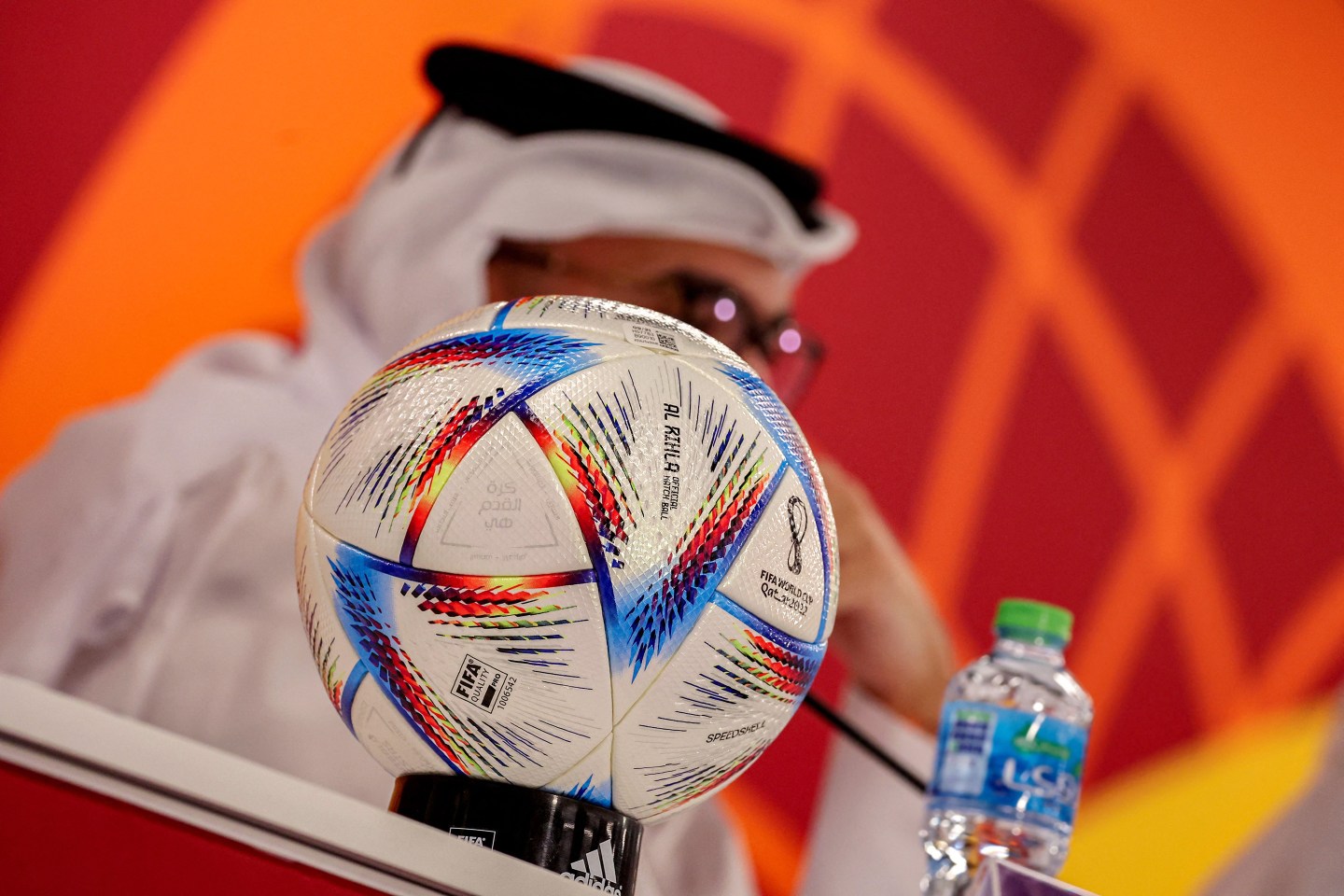 The World Cup this year is being held in Qatar for the first time ever.

Qatar was criticized soon after it was awarded the tournament in 2010, when claims of bribery and corruption in the bidding process surfaced. The country’s track record on human rights was another cause for concern, given its poor treatment of migrant workers.

Those fears seemed to be confirmed when, with just weeks to go until the games begin, an ambassador for the country said in an interview that homosexuality is a “damage in the mind.”

Qatari World Cup ambassador and former footballer Khalid Salman expressed his views on homosexuality to a German broadcaster, in a segment that was cut short after he made the remark, Reuters reported Tuesday.

“They have to accept our rules here,” Salman said during the interview. “[Homosexuality] is haram. You know what haram means?” he asked, referring to a term that means “forbidden.”

When asked in a follow-up question why homosexuality was considered forbidden, Salman replied: “Because it is damage in the mind.”

Some football players have been concerned about the rights of fans who are LGBT+, as well as women attending the World Cup, as Qatar has a different set of laws for men and women, and homosexuality is criminalized. Salman’s comments have further heightened concerns regarding the safety of members of the LGBT+ community as the country gets ready to host the prestigious sporting event.

Organizers of FIFA did not immediately respond to Fortune’s request for comment.

“Of course such comments are terrible, and that is the reason why we are working on things in Qatar hopefully improving,” Nancy Faeser, Germany’s interior minister, told the Associated Press on Tuesday.

During Faeser’s visit to Qatar last week, she received security guarantees from members of the government, which would extend to gay soccer fans who come to watch the matches, Reuters reported.

Last month, Human Rights Watch found that Qatari security forces had “arbitrarily arrested” LGBT+ people and “subjected them to ill treatment in detention.” The abuses were allegedly carried out without charging the individuals with any crime, according to the rights group.

Qatar is the first country in the Middle East to host the FIFA World Cup, which is expected to entertain an audience of 5 billion this year.

A group of LGBT+ activists protested outside the FIFA Museum in Zurich to draw attention to safety issues for fans belonging to that community, Reuters reported Tuesday. They said FIFA had not outlined any concrete action to ensure that LGBT+ individuals are not persecuted during the tournament.