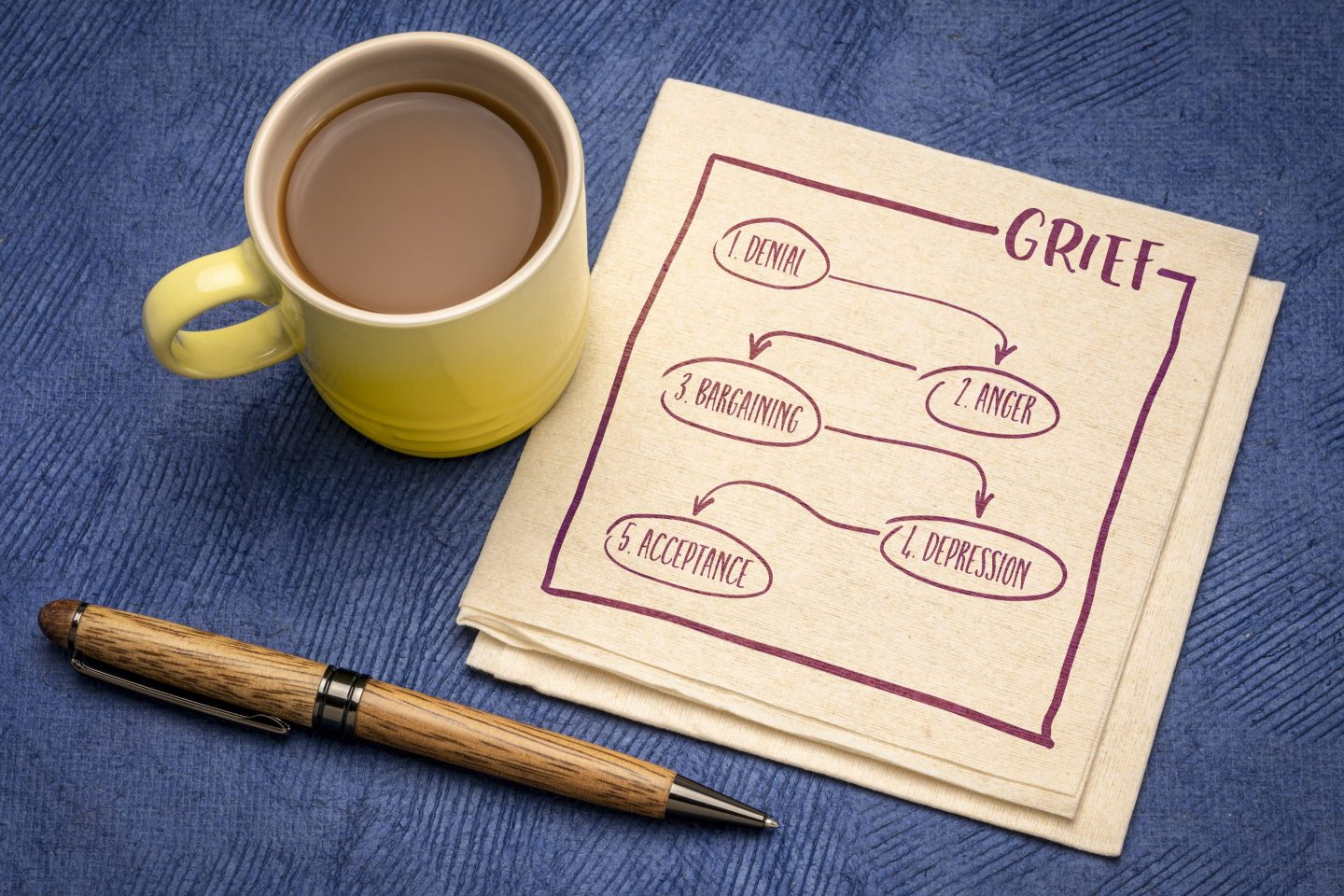 The five stages of grief are actually closer than you realize to what many CEOs and their teams have experienced.
Getty Images

Kübler-Ross describes the grieving process in five stages: denial, anger, bargaining, depression, and acceptance. Those stages, it turns out, are uncomfortably close to what many CEOs and their teams have experienced. We can view the five stages of digital transformation in overlapping chronological order, with the aim of learning from the efforts of others.

By the 2010s, the digitalization of manual corporate systems was nearly complete, coinciding with over half of Western households owning a personal computer and setting the stage for the next revolution—digital transformation, or DX. The age of “cognitive computing” had arrived.

In 2011, when IBM Watson famously won Jeopardy!, the DX hype curve skyrocketed. IBM positioned Watson as artificial intelligence so powerful it could diagnose cancer better than any physician. Enterprises turned to vendors like IBM and GE, which had launched GE Predix to make a “digital twin” of anything, to bring them into the digital age.

The result? High-profile IBM Watson projects at organizations like Memorial Sloan Kettering failed, and IBM ended up selling IBM Watson Health to a private equity firm for pennies on the dollar. But not before Watson’s blunders contributed to then-CEO Ginni Rometty’s departure. As for GE Predix: Its well-documented failure coincided with the departure of Jeff Immelt.

Organizations transitioned out of these embarrassing failures from a state of denial—a sense that “this can’t be happening to us”—to outright anger.

Huge IT losses spurred business leaders to take over from the IT side, hiring expensive consultants, and ushering in the era of “digital strategy.”

This stage led to the proliferation of the “proof of concept” (POC) taking root in each business unit. Few POCs succeeded—and none could scale. When CEOs describe this stage of their journey to me, they blame a general lack of focus, little coordination across business units, disparate technologies, tense “alignment” meetings, and exasperated realization of little business value.

In the Kübler-Ross model, after denial and anger comes bargaining. When costly strategic shifts failed to deliver, data took the blame. “Garbage in, garbage out” was the popular saying. This led to the next shimmering mirage: the “data lake.”

The idea of the data lake is to create a unified, federated image of the entire enterprise, bringing all the data into a single, organized, integrated repository. Such efforts date back to the disastrous “data warehouse” efforts of the 1990s.

I’m unaware of any successful effort to create a single, comprehensive enterprise data lake. It turns out that for a large organization—with hundreds of sources and types of data—the problem is simply intractable. Organizations have wasted years and untold millions on these efforts.

This led to sadness and regret, which reached the board level. These data lake blunders cost many CIOs, and even some CEOs, their jobs. At this point, organizations raised their hopes for salvation to the cloud.

Many companies remain stalled in the “cloud” stage. Today’s tech landscape is awash with new cloud technologies and services that aim to transform by moving data and applications from inside the enterprise to data centers residing elsewhere, and then stringing everything together via APIs. Most organizations are experimenting with a variety of cloud technologies and services but realizing little value.

Elastic cloud computing is tremendously valuable, and the hyperscale cloud services—Microsoft Azure, Google Cloud, and Amazon Web Services—are essential. Cloud computing alone, however, does not drive digital transformation. I’ve seen many skilled executives champion the migration of their IT operations and systems to the cloud, only to be left cobbling together applications from a depressing, ever-changing cluster of unintegrated products and services.

True digital transformation only happens when organizations reach clarity—yes, acceptance—on what digital transformation is about. Rather than flashy new programs, it requires focus on tractable problems that, when solved, deliver measurable value, and methodically applying this approach across the enterprise.

To be sure, some organizations are achieving true digital transformation. Both Shell and the United States Air Force’s Rapid Sustainment Office are standout examples. Each is taking a focused approach on solving high-value problems and then replicating that success in a systematic way.

Is it possible to short-circuit the five stages?

I’m not sure it is. Most organizations I know go through some form of the five stages. Until the organization has lived through these experiences, little progress is made.

If you understand where your enterprise sits on its digital journey, you will be better positioned to accelerate your progress toward real digital transformation, perhaps even bypassing a painful Kübler-Ross–like stage or two.

Thomas M. Siebel is the chairman and CEO of C3 AI. Previously, he founded Siebel Systems, serving as its CEO and chairman from 1993 until its acquisition by Oracle in 2006. He’s also the author of Digital Transformation: Survive and Thrive in an Era of Mass Extinction.