Budweiser thinks Qatar will consume more beer during the World Cup than in a normal year. Here’s how they’re selling alcohol where you can’t advertise it 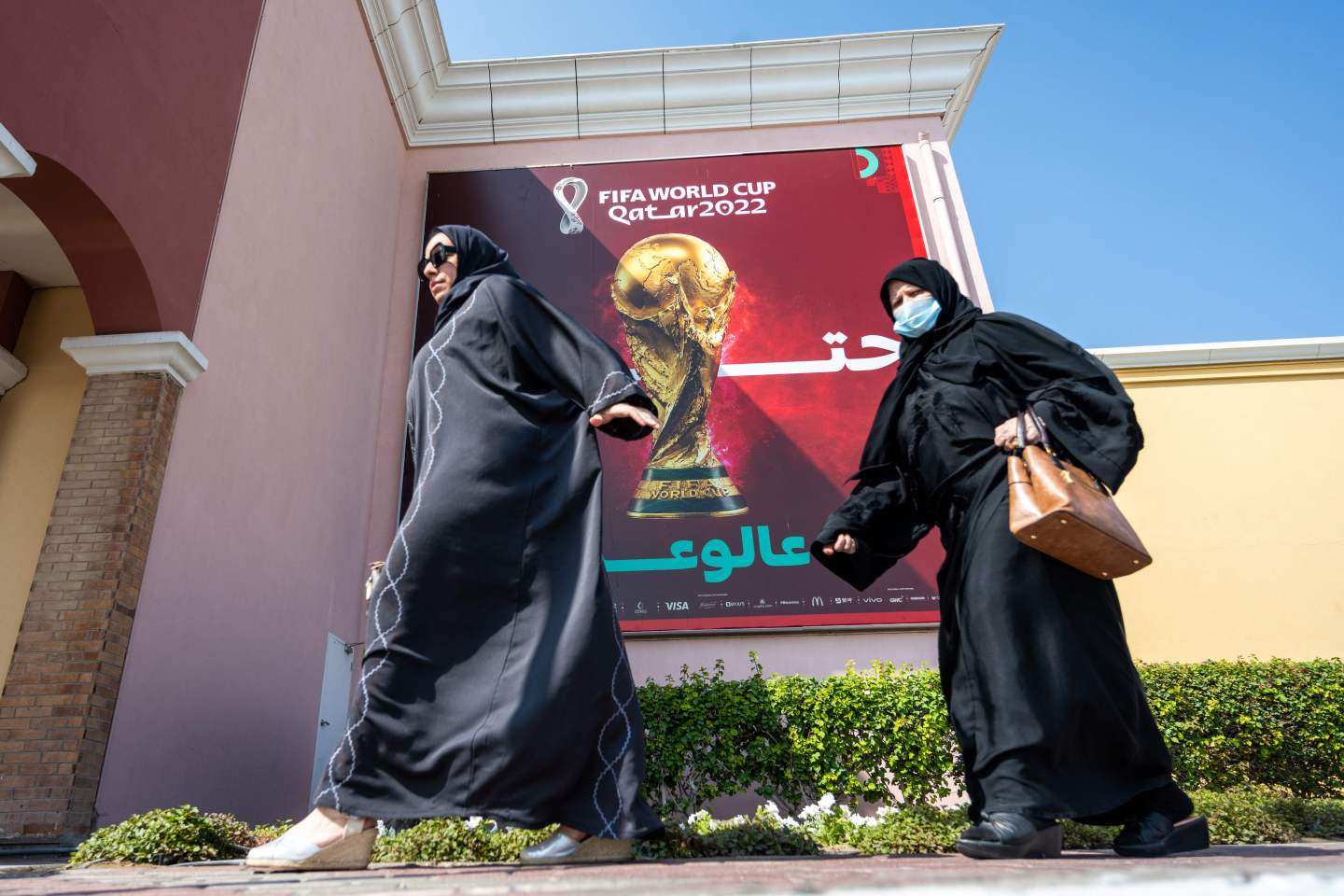 Women walk past a FIFA World Cup banner in Doha on Nov. 3, 2022, ahead of the Qatar 2022 FIFA World Cup football tournament.
JEWEL SAMAD—AFP via Getty Images

The King of Beers is taking over Qatar.

The signs started appearing early this year: At the Qatar Distribution Company — the only alcohol retailer in the conservative Muslim country — a massive poster with Budweiser branding featuring Lionel Messi was plastered across the entrance. Then more of Doha’s bars and restaurants started offering Budweiser on tap, a new choice in a city of Heineken draughts.

Anheuser-Busch InBev Worldwide has operated within the confines of Qatar’s strict alcohol laws for years without fanfare. Now executives are delicately seeking to maximize the return on investment of Budweiser’s World Cup sponsorship contract, in a place with where local Qatari officials came close to barring alcohol from the tournament events entirely.

Stocking up for the FIFA 2022 World Cup, which starts Nov. 20, has been a monumental undertaking for the World Cup’s official beer. The beverage brand expects more beer will be consumed during the tournament than would typically happen during an entire year in the country, according to Peter Kraemer, AB InBev’s chief supply officer.

Without breweries in the region, the company had to ship its product to Qatar by ocean freight, then find refrigerated warehouse space to protect from the country’s ultra-hot weather, with temperatures above 95 degrees Fahrenheit through the end of October. Trucks will be loaded overnight indoors, then dispatched to deliver the product the next day to restaurants and fan areas where alcohol can be served.

“Beer is a perishable product, so it’s always best the day it’s packed,” Kraemer told Bloomberg in an interview. “We manage our supply chain very closely for the amount of time that it takes for products to get from point A to point B, and then also the conditions under which they’re shipped preserve the taste of the beer.”

Qatar is not a dry country, but it restricts who can buy alcoholic beverages, and where. Beer, wine and liquor are available for purchase at many restaurants linked to high-end hotels — at a price. A pint of Budweiser goes for 45-55 Qatari riyals ($12-$16) at popular bars in West Bay, the city’s downtown.

Alcohol is both an asset that makes the burgeoning tourist destination “modern” in comparison to sober Saudi Arabia, and at the same time seen as a vice that is one step along a slippery slope that leads to the relative hedonism of nearby Dubai.

With written permission from their employers, foreign residents making more than 3,000 Qatari riyals ($816) per month can apply for a license to buy wine, liquor and beer from the alcohol monopoly, called Qatar Distribution Company, a subsidiary of Qatar Airways. It’s expensive — a case of Budweiser retails for 188 riyals ($51).

Public drunkenness is technically illegal, punishable by up to six months in prison and a fine of 3,000 riyals, but in reality white-collar expats regularly get wasted at booze-fueled Friday brunches, so long as they stay within the confines of select restaurants at pricey hotels. Qatari men dressed in their traditional robes can reliably be seen indulging in restaurants around Doha, though bartenders say they don’t serve women in traditional Qatari dress.

Banners and World Cup mascots are hung within the preparations of 2022 FIFA World Cup in Doha, Qatar on Nov. 05, 2022.
Mohammed Dabbous—Anadolu Agency via Getty Images

The World Cup threatens to throw this careful dance into disarray. Diplomats, particularly from countries in Europe and the Americas, have raised questions about how authorities will respond to intoxicated fans who overstep laws around decency and decorum in public spaces.

Qatari organizers initially said they wanted FIFA events to be alcohol-free but backtracked. Now, some fanzones will sell “international beverages,” and fans will be able to purchase Budweiser beer inside the stadium perimeter, in designated beer areas, up to three hours before and one hour after each match, but won’t be able to take them in the stands.

Kraemer says AB InBev’s decisions about the quantity of beer shipped to the country have been made based on extensive data-crunching, but his team does have a back-up plan if fans drink far more than planned. They’ve set aside packages of bottles and cans that are ready to be filled in a brewery in the United Kingdom and shipped by air on short notice.

Meanwhile, the company is seeking to train as many as 6,000 of the city’s workers to serve their beer properly — with about two fingers of head at the top — and do it responsibly. A spokeswoman said the virtual training effort will be the largest in AB InBev’s history.

Fans aren’t allowed to bring any booze into the country. Airport security confiscates alcohol in arriving travelers’ luggage, so thirsty fans will have to buy booze once they arrive.

QDC asked restauranteurs to place orders for all the alcohol they’d need during the tournament months in advance, and hospitality managers say they ordered plenty — for fear of running out of supply and being unable to restock.

Rhodri Williams, the chief development officer of Megafoods Qatar, said this week QDC delivered all 16 tons of alcoholic products that he and his team had ordered to sustain the three restaurants he helps manage at the Intercontinental Hotel. He expects more than 30,000 fans to pour through their doors during the tournament.

It’s been tricky to boost the visibility of Budweiser — and make good on a FIFA sponsorship agreement worth hundreds of millions of dollars over a decade — without upsetting some Qataris’ conservative sensibilities and even compromising their ability to operate in the country.

In consideration of Qatar’s ban on alcohol advertising, Budweiser’s limited and altered its branding. The brand will limit explicit mentions of Budweiser and even Budweiser Zero to “stadiums in the outer concourse and where it’s licensed to be able to be sold, in restaurants across the city,” said Todd Allen, Budweiser’s vice president of global marketing. Branding on and within the W Hotel — which Budweiser will take over for events and parties during the tournament — will be limited to Budweiser Zero or the brand’s bow tie outline without script.

Budweiser is hoping that it can benefit from a “second summer” of elevated beer sales — but they’re not expecting the Qatari market to drive the boost. And executives hope that the Budweiser logo, splayed across LED billboards behind players, will be unmissable.

All of the internal preparations are important, but the international marketing will be even more intense.

“Usually, host nation beer companies see a nice volume uplift, and — importantly — fans buy the premium offerings, which is good for profits,” said Duncan Fox, a senior consumer products analyst for Bloomberg Intelligence. This time, the focus will be on maximizing visibility in large beer-drinking markets like Brazil, the US, UK and much of Western Europe. There, AB InBev “will advertise Bud to death for 6 weeks.”