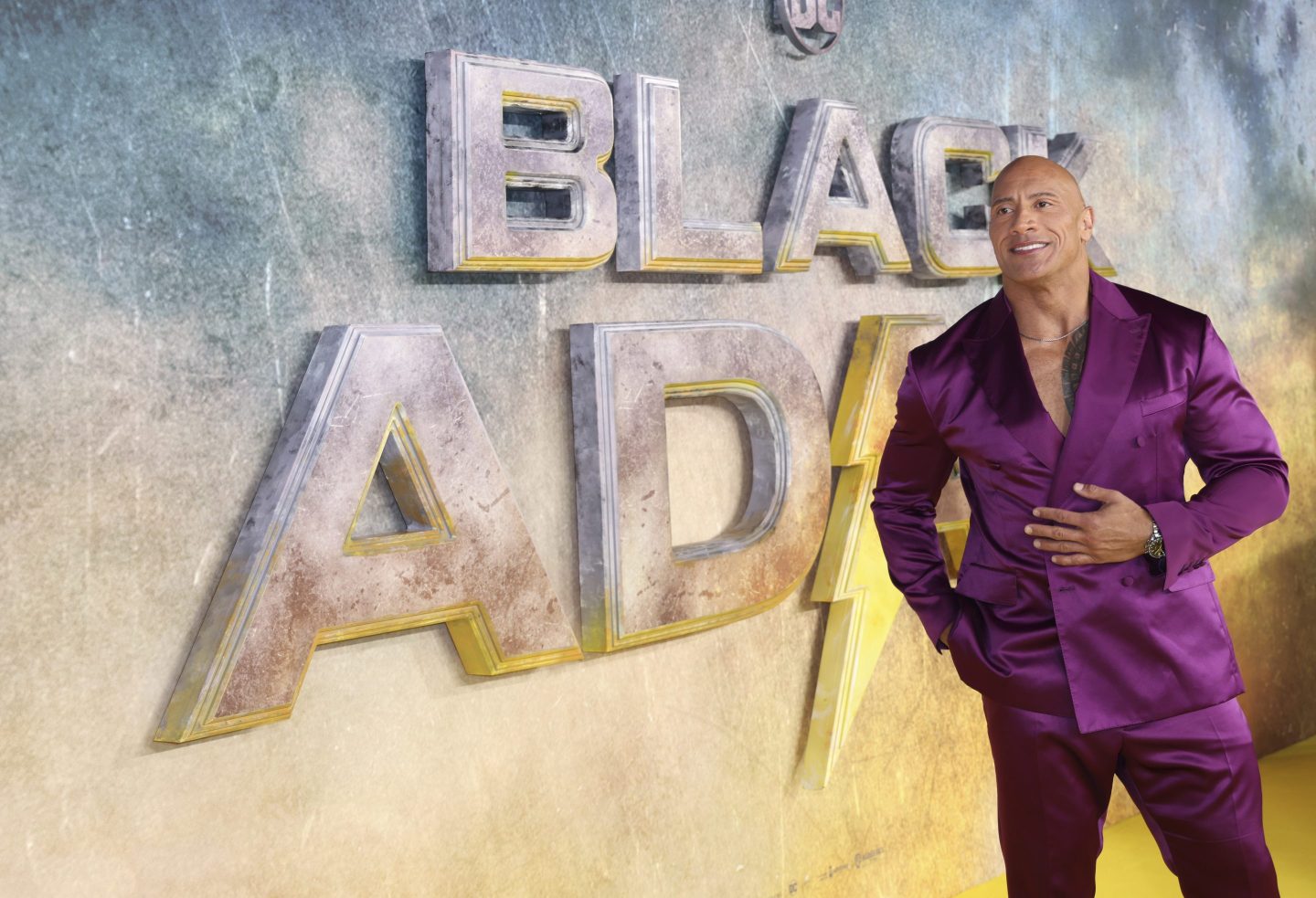 Dwayne Johnson poses for photographers upon arrival for the premiere of the film 'Black Adam' on Tuesday, Oct. 18, 2022, in London.
Vianney Le Caer—Invision/AP

On a quiet weekend in movie theaters before the upcoming release of “Black Panther: Wakanda Forever,” Warner Bros.’ “Black Adam” topped the box office for the third straight weekend with $18.5 million in ticket sales, according to studio estimates Sunday.

“Black Adam,” Dwayne Johnson’s bid to launch a new DC Films superpower, has surpassed $300 million globally in three weeks of release, including a domestic tally of $137.4 million. That puts the $195 million-budgeted film — the third film this year to lead the box office three consecutive weeks — on a trajectory to likely surpass the $366 million that “Shazam!” grossed in 2019, but less certain to notch a profit in its theatrical run.

When Walt Disney Co.’s “Black Panther: Wakanda Forever” lands in theaters Thursday, it’s expected to score one of the biggest opening weekends of the year. Ryan Coogler’s original debuted with more than $200 million in U.S. and Canadian theaters in 2018, and forecasts suggest it could open with around $175 million.

With “Wakanda Forever” looming, only one new film opened in wide release: “One Piece Film: Red,” distributed by Sony Picture’s anime division, Crunchyroll. The Japanese anime sequel, part of the “One Piece” franchise, debuted in second place with $9.5 million. While not as robust as the openings of Crunchyroll’s “Dragon Ball Super: Super Hero, which garnered, $21.1 million in August, or Funimation’s “Jujutsu Kaisen 0: The Movie,” which earned $18 million in March, “Red” again showed that anime is proving an uncommonly dependable draw in North American theaters. The 15th film in the franchise but the first to be released widely in the U.S., “Red” attracted an especially young audience, with about 75% of ticket buyers between ages 18-34.

Third place went to “Ticket to Paradise,” the George Clooney and Julia Roberts romantic comedy. The Universal Pictures release collected $8.5 million in its third weekend, bringing the $60 million-budgeted rom-com’s cumulative total to $46.7 million domestically and $137.2 million worldwide. For a genre that’s struggled in theaters in recent years, “Ticket to Paradise” is showing staying power, especially as the favored choice for older audiences.

Even with Halloween coming and going, Paramount Pictures’ “Smile” also continued to hold well in theaters. In its sixth week of release, the horror flick added another $4 million to bring it to $99.1 million overall.

Some of the year’s top Oscar contenders have struggled to make much of an impact in wide release. James Gray’s “Armageddon Time,” a coming-of-age tale set in 1980s New York, expanded to 1,006 theaters in its second week, grossing $810,000 for Focus Features. Focus’ “Tár,” starring Cate Blanchett as a renowned conductor, took in $670,000 in 1,090 theaters for a five-week total of $3.7 million. MGM’s “Till,” about Mamie Till-Mobley’s pursuit of justice for her 14-year-old son, Emmett Till, added $1.9 million in 2,316 theaters for a four-week gross of $6.6 million.

Best of the bunch so far has been Searchlight Pictures’ “The Banshees of Inisherin,” starring Colin Farrell and Brendan Gleeson as rowing Irish friends. It took in $3 million in 895 locations in its third weekend of release, brining its global total to $10.2 million.