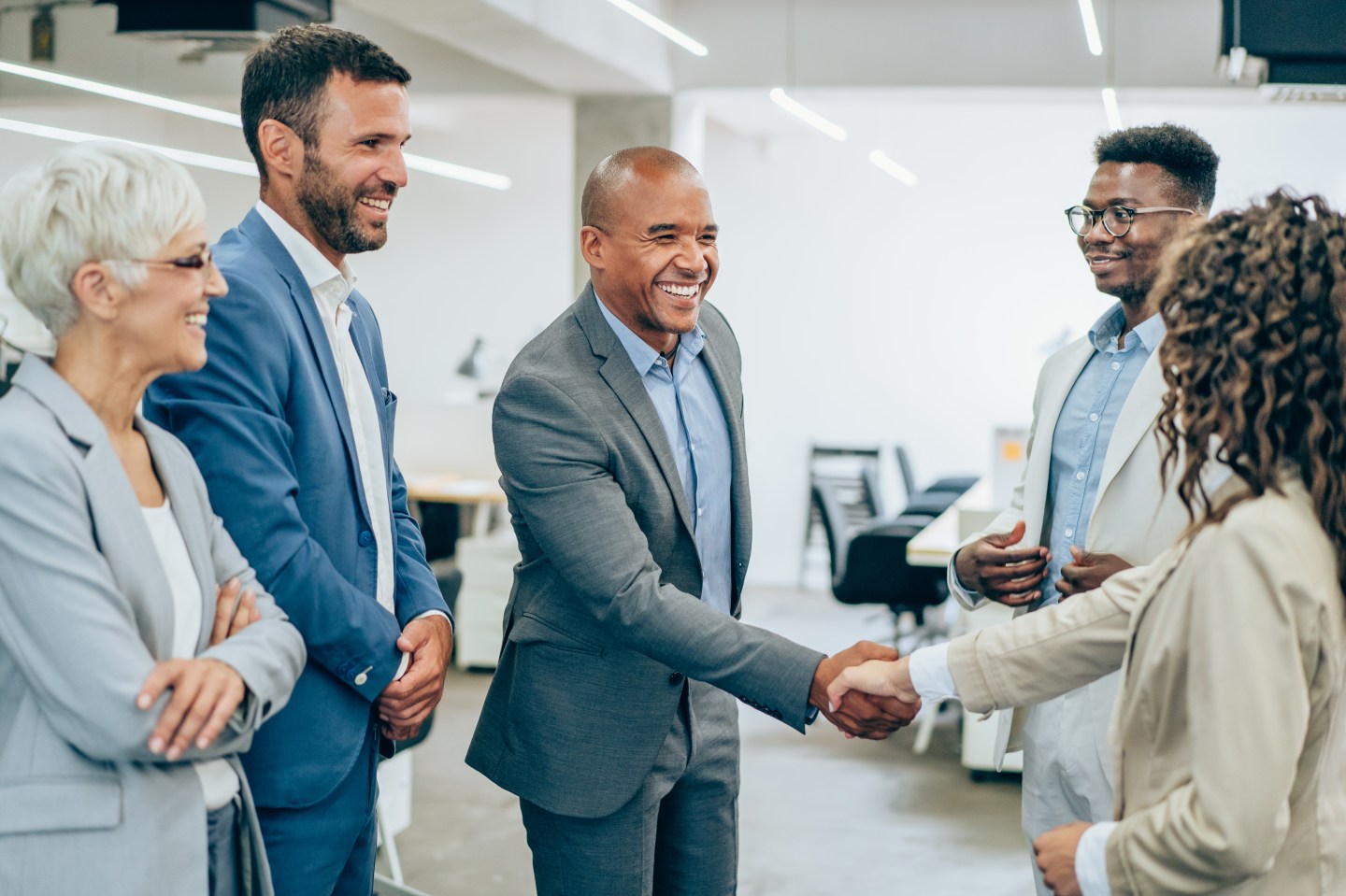 Friday’s report from the government showed that hiring was brisk across industries last month, though the overall gain declined from 315,000 in September. The unemployment rate rose from a five-decade low of 3.5% to a still-healthy 3.7%.

The government also said that average hourly pay, on average, rose 4.7% from a year ago, a smaller year-over-year gain than in September. Still, last month’s wage increase remained high enough to fuel inflation.

A strong job market is deepening the challenges the Federal Reserve faces as it raises interest rates at the fastest pace since the 1980s to try to bring inflation down from near a 40-hear high. Steady hiring, solid pay growth and a low unemployment rate have been good for workers. But they have also contributed to rising prices.

“Employers continue to be worried that it’s going to be harder to to hire tomorrow than today, so that actually suggests they don’t see a recession on the horizon,” said Betsey Stevenson, an economist at the University of Michigan who was an economic adviser to President Barack Obama.

Stevenson noted that more than half of last month’s net hiring was in industries — health care, education, restaurants and hotels, for example — that still appear to be catching up from the sharp job losses they endured during the pandemic recession. Hiring in such sectors will likely continue, she suggested, even if the economy slows.

The October jobs figures were the last major economic report before Election Day, with voters keenly focused on the state of the economy. Chronic inflation is hammering the budgets of many households and has shot to the top of voter concerns in the midterm congressional elections that will end Tuesday. Republican candidates have attacked Democrats over inflation in their drive to regain control of Congress.

Over the past three months, job gains have averaged 289,000, down from a sizzling monthly rate of 539,000 a year ago. All the jobs that employers have added since the recession ended have boosted the ability of consumers to keep spending despite high inflation. A labor shortage in many areas of the economy has also compelled businesses to pay more to attract and keep workers.

President Joe Biden and congressional Democrats have pointed to the vigorous resurgence in hiring as evidence that their policies have helped get Americans back to work faster than the nation managed to do after previous downturns. But that message has been overtaken in the midterm political campaigns by the crushing surge of inflation, which has soured many Americans on the economy under Democratic leadership in Congress and the White House.

The October jobs report showed that job gains were widespread last month. Health care added 53,000, with hospitals and doctors’ offices continuing to re-staff after having lost many workers at the height of the pandemic. Manufacturing added 32,000. A category that includes engineers, accountants and lawyers added 39,000.

Still, signs are emerging that some corners of the economy have begun to flag under the weight of rising prices and much higher borrowing costs engineered by the Fed’s aggressive rate hikes. Especially in industries like housing and technology, hiring has waned. Many tech companies, such as the ride-hailing firm Lyft and the payment company Stripe, have announced plans to lay off workers. Amazon says it will suspend its corporate hiring.

More broadly across the economy, though, the pace of layoffs remains unusually low. And companies in travel, restaurants, manufacturing and health care are still hiring steadily. Southwest Airlines told investors last week that it was on track to hire 10,000 employees this year, including 1,200 pilots. Laboratory Corporation of America said it plans significant hiring.

Jerry Flanagan, CEO of JDog Brands, says his company’s sales are still growing and its franchisees are still hiring even after the company raised prices to cover higher fuel costs. The company employs mostly veterans to do junk hauling and carpet and floor cleaning and has about 300 outlets nationwide.

“They need laborers,” Flanagan said of the company’s branches. “They need people hauling the junk. They need drivers, they need carpet cleaning technicians.”

Flanagan said his company would try to avoid layoffs even if the economy slows. If sales decline, workers can shift to distributing door hanger advertisements, lawn signs and other marketing.

“They’re going to hold onto these people as long as they can,” Flanagan said. “There’s so much work out there.”

At a news conference Wednesday, Fed Chair Jerome Powell noted that the strong job market is feeding inflationary pressures as businesses continue to raise pay. In September, average wages rose more than 6% from 12 months earlier, according to the Federal Reserve Bank of Atlanta. That was the fastest such pace in 40 years. Pay raises can feed inflation if companies pass on at least part of their higher labor costs to their customers in the form of higher prices.

Powell spoke after the Fed announced a fourth straight three-quarter-point increase in its benchmark rate. It was the latest in a series of unusually large hikes that have heightened the risk of a recession.

The Fed’s policymakers did open the door to the possibility of a smaller rate hike when they next meet in December. But Powell also said that in order to tame inflation, the Fed would likely have to raise rates high enough to weaken the job market.

Housing has absorbed the worst damage from higher borrowing costs. The Fed’s rate hikes have sent average long-term mortgage rates surging to around 7%. Home sales have cratered, and once-soaring home prices have started to slow.

For now, the economy is still growing. It expanded at a 2.6% annual rate in the July-September quarter after having contracted in the first six months of the year. With inflation still painfully high and the Fed making borrowing increasingly expensive for consumers and businesses, most economists expect a recession by early next year.