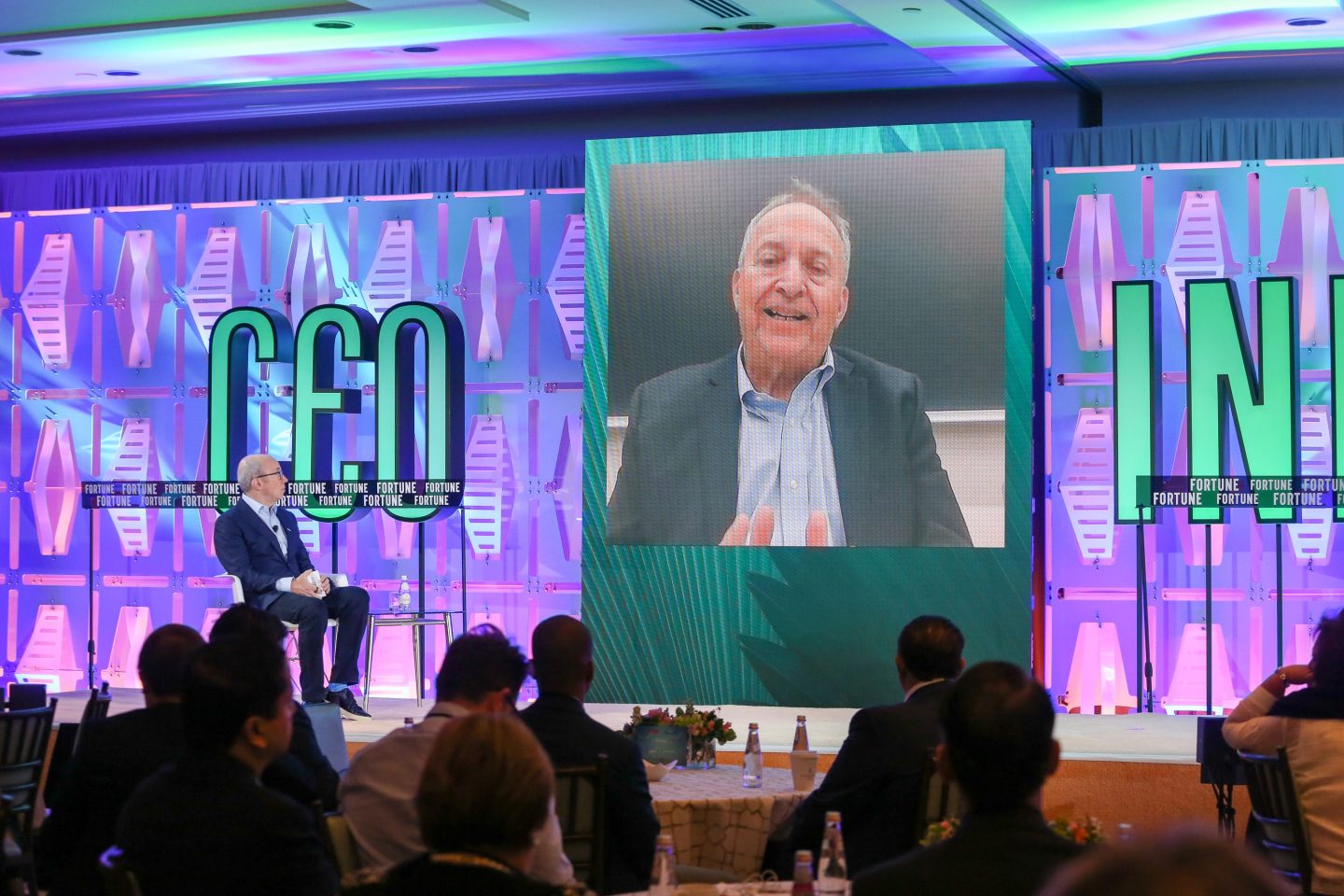 As voters look for someone to blame for inflation ahead of the midterms, former Treasury Secretary Larry Summers said they shouldn’t fault big business and corporate profits.

Consumer price inflation reached 8.2% in September—far above the Fed’s 2% target—and some Democrats like Sen. Elizabeth Warren (D-Mass.), as well as the Biden administration have said corporate greed is partly to blame.

President Biden has said in the past that outsized corporate power and greed are behind rising prices, especially for gasoline and meat.

“While families struggle to pay their bills, some corporate executives are on earnings calls with investors on Wall Street, cheering their record profits, and explaining how they’re using this period of inflation to cover the rise in prices far beyond what they need to do to cover their costs,” Biden said in a May speech.

Summers rejected this type of demonization of business, saying that blaming inflation on supposed corporate profiteering is the wrong approach.

“I don’t think that those are the administration’s soundest economic pronouncements,” Summers told Fortune CEO Alan Murray at the Fortune CEO Initiative summit in Palm Beach, Fla. on Thursday.

Regulatory agendas that treat profit as a bad thing and treat business as a “money pot” or “failed partner” are not the right approach, Summers said. Instead, the government should partner with business, he said, pointing to the recently passed CHIPS and Science Act, which is meant to boost American semiconductor research, development, and production, as a vital test.

“I like approaches, based wherever possible, on partnership much better,” Summers added.

Despite the above 8% inflation rate, Summers said the economy is running stronger than expected, especially considering that in September, employers posted 10.7 million job vacancies—an increase from 10.3 million in August, according to the Labor Department.

But the jump in vacancies likely means the Federal Reserve won’t stop raising rates soon. The Fed wants to reach its 2% target for inflation while unemployment rises to 4.4% next year, according to Fed Chair Jerome Powell, but Summers said the unemployment rate could be steeper.

“If we are actually on a path that brings inflation back close to the 2% target, I think we’re likely to have seen a meaningful increase in unemployment,” he said.