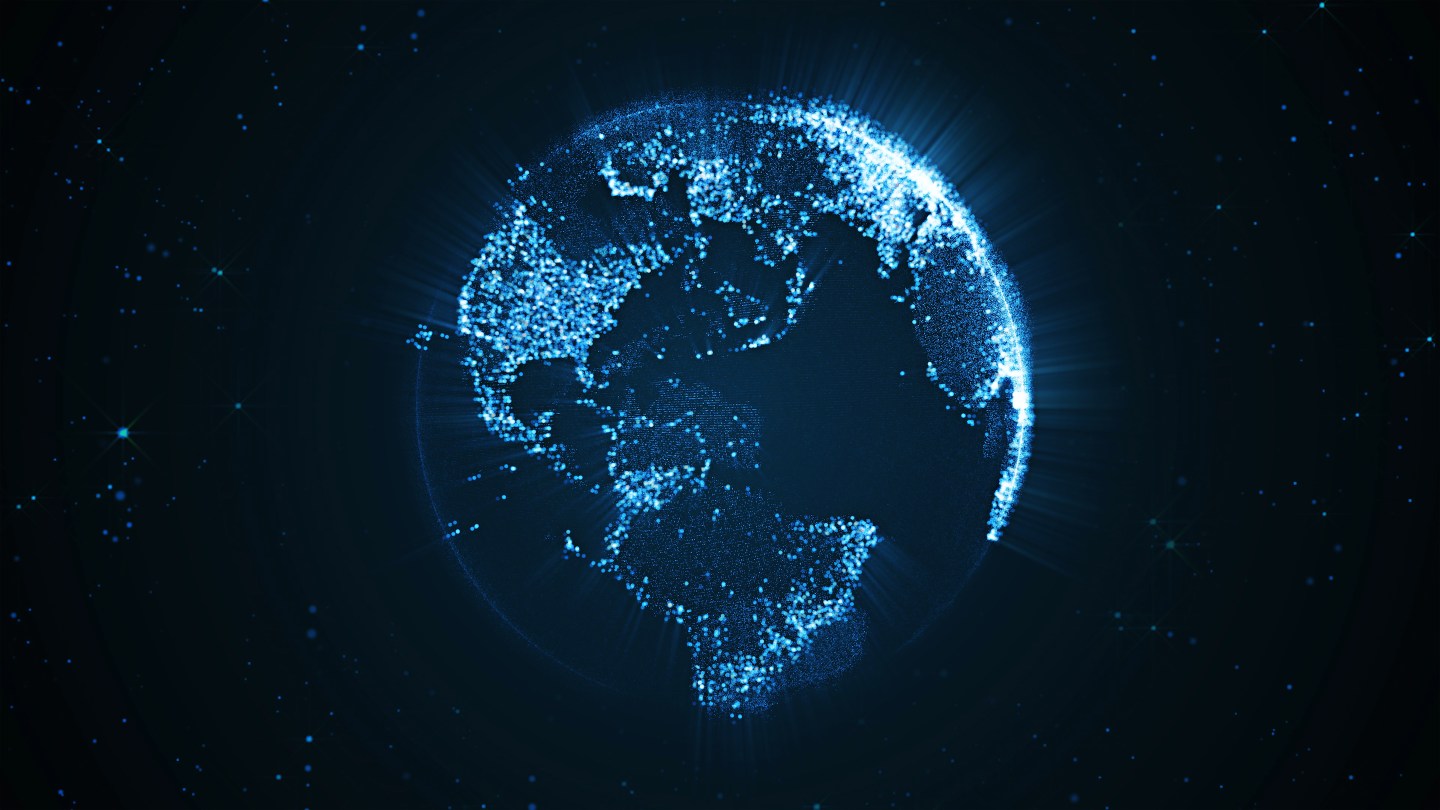 Relinquishing a concept that hasn’t worked entirely well is not the answer. Rather, the solution is to fine-tune it for today’s world.
Getty Images

At the turn of the century, it seemed to be smooth sailing for the global economy as the world stitched itself together following a century of wars and ideological schisms. Ostensibly, the Soviet Union had collapsed, the Chinese Communist Party had embraced market economics, and the World Trade Organization (WTO) was a primary force creating economic momentum across the globe. Interconnectivity through increasing globalization was on the march and with it a promise to create a better world.

In many ways, it did. More than 1 billion people have been lifted out of poverty. Goods and services previously deemed too expensive cost significantly less. And greater economic ties between nations have raised the price of conflict. Yet in recent years, we have seen a palpable shift in the other direction.

Indeed, one of the most monumental changes witnessed in recent years has been declining faith in globalization. What originated in the 1930s as an effort to connect the world to combat populism has instead unleashed new social forces. Public sentiment has waned as a result of broader mistrust of institutions, governing elites, and politics. Governmental policies have been blamed for falling short of protecting labor displaced by offshoring and automation, responses to the recent public health crisis, and tackling the impacts of climate change, among other areas. However, despite bearish sentiment from many corners, the data does not support the end of globalization. What we are witnessing is a reshaping, rather than a wholesale dismantling, of globalization.

Global trade has continued to grow, albeit at a slower pace, reaching a record high of $29 trillion in 2021. Additionally, foreign direct investment (FDI) is flowing across geographies. Geopolitically, the Ukraine conflict is spurring support for multilateral institutions and further integration with Finland and Sweden applying to join NATO. Economies and businesses are highly interconnected, integrated, and rely on global supply chains.

Against the backdrop of this is the realization that globalization has brought, and continues to develop, significant economic and social benefits. It has lowered the cost of goods and services, benefiting consumers, economies, corporations, and their shareholders alike. It has also contributed to the rise of the global middle class and broadened cultural horizons across the globe.

The interconnectedness of the global networks corporations have built and taken for granted over the past several decades are now being reevaluated. Though they won’t shift entirely overnight, their reliability and efficiency has been called into question in the past three years, further spurred by COVID shutdowns and national self-interest. Diversification and resilience are the new dominant themes, with increased emphasis on multiple suppliers capable of providing products and materials. This will carry weight in decision-making rather than solely focusing on cost and efficiency.

In BlackRock CEO Larry Fink’s 2022 letter to shareholders, he wrote that supply-chain disruptions caused by the pandemic and the Russian-Ukraine war have “put an end to the globalization we have experienced over the last three decades.” In light of recent supply-chain challenges, companies are already playing defense and focusing on building supply-chain resiliency—creating redundancy, diversifying vendors and suppliers, reshoring, and overstocking. A recent McKinsey study found that over 90% of businesses have taken steps to improve supply-chain resilience, including increasing inventories, dual-sourcing raw materials and regionalizing their supply chain.

At the same time, the playbook also requires companies to play offense and reclaim leadership in key sectors such as technology, particularly in semiconductor and electronics manufacturing.  Intel, Micron, and IBM have committed to build new fabrication facilities in the U.S. Public policy is supporting that with the likes of the CHIPS and Science Act of 2022 providing $280 billion of funding to boost domestic research and manufacturing of semiconductors in the U.S.

Examining recent geopolitical tensions, there are clear advantages to align with allies and reduce dependence on cross-border competitors and uncooperative nations. Going forward, companies will become more cautious about relying on suppliers in countries where they may be targets of political gains achieved through economic leverage or coercion. We may also see democratic values and national security play a greater role in trade policy and agreements.

As a result, “friend-shoring” is a move to shift trade networks and supply chains away from competitive or unfriendly countries to those with whom we have alliances and mutual interests. There is also an increased tilt toward reviving and strengthening bilateral treaties. This pivot to regionalization and friend-shoring could benefit several economies, such as Western European investments in Eastern Europe.

The impact of globalization has been felt unevenly across sectors. Assessing vulnerabilities to disruption requires us to look at the length and complexity of the supply chain; the number of intermediary cross-border steps; the geographic distribution of supply chains; and access to raw materials, labor, and skills.

Some supply chains, such as those in the automotive industry, are long and integrated, while others, such as those in pharmaceuticals, are comparatively shorter. While electronic chip chains are not quite as long as those in the automotive space, they are complex and concentrated in 14 economies, which account for 80% of the value added in global exports. Likewise, food and agricultural inputs, such as wheat and corn, are highly concentrated in certain countries. For instance, Russia and Ukraine account for 30% of global wheat exports and 16% of world corn exports. As we have seen, unrest from this war has already significantly threatened food sources, particularly in developed economies, in a material way.

2021 was a record year for M&A with $5.9 trillion of global deal volume. However, the macro and market backdrop of 2022 have painted a vastly different picture with volumes down 33% year to date, a factor compounded by greater regulatory scrutiny of M&A transactions across the board. The Foreign Investment Risk Review Modernization Act in 2018 meaningfully expanded the scope of CFIUS in the U.S., and antitrust bodies are testing the bounds of existing case law. These and concerns over data security, privacy, and protection of critical industries will put M&A activity under a more discerning lens and cause many CEOs to pause before embarking on a transaction.

Additionally, CEOs are likely to proactively address the higher risk of regulatory scrutiny including outright blocking, longer time to close, and remediation strategies such as divestment of certain parts of the business in order to successfully make a strategic acquisition.

Accounting for almost 20% of global GDP, China’s economy is undoubtedly slowing in growth, exacerbated by COVID lockdowns, an aging population, and tumult in the Chinese real estate sector. Although the slowdown may not be a global financial issue, it is very much a global growth issue. The World Economic Forum estimates that every 1% decline in China’s GDP will result in a 0.3% reduction in global GDP. In today’s interconnected world, what happens there will impact the global economy.

Tensions between the world’s two largest economies, the U.S. and China, have escalated over the past decade, raising barriers to cross-border trade flow. And recent sweeping legislation by the Biden administration to protect foundational technologies are causing major economic ripples, with some suggesting the U.S. is strategically trying to decouple the entire advanced technology supply. Despite being a beneficiary of hyper-globalization, Beijing’s retaliation against U.S. protectionism is upping the ante with no resolution in sight.

Yet still, globalization is not over. There may be retrenchment in some areas such as critical technologies and reshaping in others such as onshoring or regionalization.

But this new globalization is also a unique opportunity to rethink the current framework where we maintain the benefits garnered from an open flow of trade, people, information, and culture. It is a chance to reestablish the partnership between the private and public sectors to ensure we achieve the optimal balance between efficiency and risk mitigation, corporate profits, and income equality. And prioritize social concerns such as human rights, climate change, and workforce prerogatives.

Relinquishing a concept that hasn’t worked entirely well is not the answer. Rather, the solution is to fine-tune it for today’s world and ensure a competitive playing field with room for growth across the board.

Michal Katz is head of investment and corporate banking at Mizuho Americas. Mizuho is a partner of Fortune Brainstorm Tech.