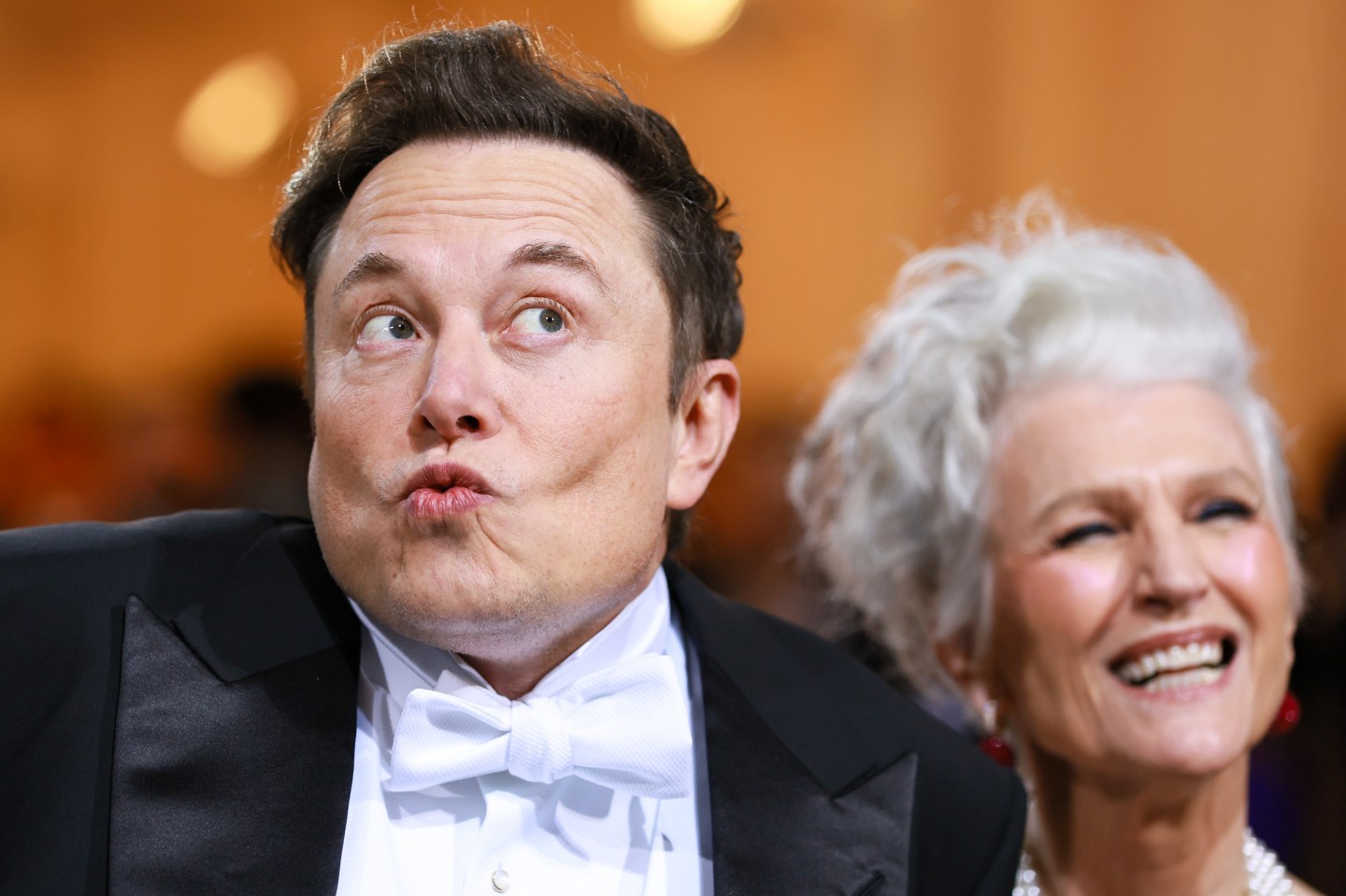 Elon Musk and Maye Musk attend the 2022 Met Gala Celebrating "In America: An Anthology of Fashion" at The Metropolitan Museum of Art on May 2, 2022 in New York City.
Theo Wargo—WireImage/Getty Images

On Oct. 4, Elon Musk reversed himself and offered to honor his original proposal to buy Twitter for $44 billion — a deal he had spent the previous several months trying to wriggle out of. He made the latest offer just two weeks before a Twitter lawsuit aimed at forcing Musk to go through with the deal was scheduled to go to trial in Delaware Chancery Court. After receiving Musk’s offer, Twitter said it intends to close the transaction.

The two parties now have to close the deal by Friday. If they don’t, the Delaware Chancery Court judge overseeing the case plans to reschedule the trial in November.

If the case has your head spinning, here’s a quick guide to the major events in the saga featuring the billionaire Tesla CEO and the social platform.

January 31: Musk starts buying shares of Twitter in near-daily installments, amassing a 5% stake in the company by mid-March.

March 26: Musk, who has tens of millions of Twitter followers and is active on the site, says he is giving “serious thought” to building an alternative to Twitter, questioning the platform’s commitment to “free speech” and whether Twitter is undermining democracy. He also privately reaches out to Twitter board members including his friend and Twitter co-founder Jack Dorsey.

March 27: After privately informing Twitter of his growing stake in the company, Musk starts conversations with its CEO and board members about potentially joining the board. Musk also mentions taking Twitter private or starting a competitor, according to later regulatory filings.

April 4: A regulatory filing reveals that Musk has rapidly become the largest shareholder of Twitter after acquiring a 9% stake, or 73.5 million shares, worth about $3 billion.

April 5: Musk is offered a seat on Twitter’s board on the condition he amass no more than 14.9% of the company’s stock. CEO Parag Agrawal said in a tweet that “it became clear to us that he would bring great value to our Board.”

April 9: After exchanging pleasantries and bonding by text message over their love of engineering, a short-lived relationship between Agrawal and Musk sours after Musk publicly tweets “Is Twitter dying?” and gets a message from Agrawal calling the criticism unhelpful. Musk tersely responds: “This is a waste of time. Will make an offer to take Twitter private.”

April 11: Twitter CEO Parag Agrawal announces Musk will not be joining the board after all.

April 14: Twitter reveals in a securities filing that Musk has offered to buy the company outright for about $44 billion.

April 21: Musk lines up $46.5 billion in financing to buy Twitter. Twitter board is under pressure to negotiate.

April 25: Musk reaches a deal to buy Twitter for $44 billion and take the company private. The outspoken billionaire has said he wanted to own and privatize Twitter because he thinks it’s not living up to its potential as a platform for free speech.

April 29: Musk sells roughly $8.5 billion worth of shares in Tesla to help fund the purchase of Twitter, according to regulatory filings.

May 5: Musk strengthens his offer to buy Twitter with commitments of more than $7 billion from a diverse group of investors including Silicon Valley heavy hitters like Oracle co-founder Larry Ellison.

May 10: In a hint at how he would change Twitter, Musk says he’d reverse Twitter’s ban of former President Donald Trump following the Jan. 6, 2021 insurrection at the U.S. Capitol, calling the ban a “morally bad decision” and “foolish in the extreme.”

May 13: Musk declares his plan to buy Twitter “temporarily on hold.” Musk says he needs to pinpoint the number of spam and fake accounts on the social media platform. Shares of Twitter tumble, while those of Tesla rebound sharply.

June 6: Musk threatens to end his $44 billion agreement to buy Twitter, accusing the company of refusing to give him information he requested about its spam bot accounts.

July 8: Musk says he will abandon his offer to buy Twitter after the company failed to provide enough information about the number of fake accounts.

July 19: A Delaware judge says the Musk-Twitter legal dispute will go to trial in October.

August 23: A former head of security at Twitter alleges the company misled regulators about its poor cybersecurity defenses and its negligence in attempting to root out fake accounts that spread misinformation. Musk eventually cites the whistleblower as a new reason to scuttle his Twitter deal.

October 5: Musk offers to go through with his original proposal to buy Twitter for $44 billion. Twitter says it intends to close the transaction after receiving Musk’s offer.

October 6: Delaware judge delays Oct. 17 trial until November and gives both sides until Oct. 28 to reach agreement to close the deal.

October 20: The Washington Post reports that Musk told prospective Twitter investors that he plans to lay off 75% of the company’s 7,500 employees.

October 26: Musk posts a video of himself entering Twitter headquarters carrying a kitchen sink, indicating that the deal is set to go through.

October 27: In a message to advertisers, Musk says Twitter won’t become a “free-for-all hellscape.” He later takes control of Twitter and fires the company’s CEO, chief financial officer and general counsel, according two people familiar with the deal.