Second railroad union rejects contract over lack of paid sick time, raising the odds of a strike that could cripple the U.S. economy 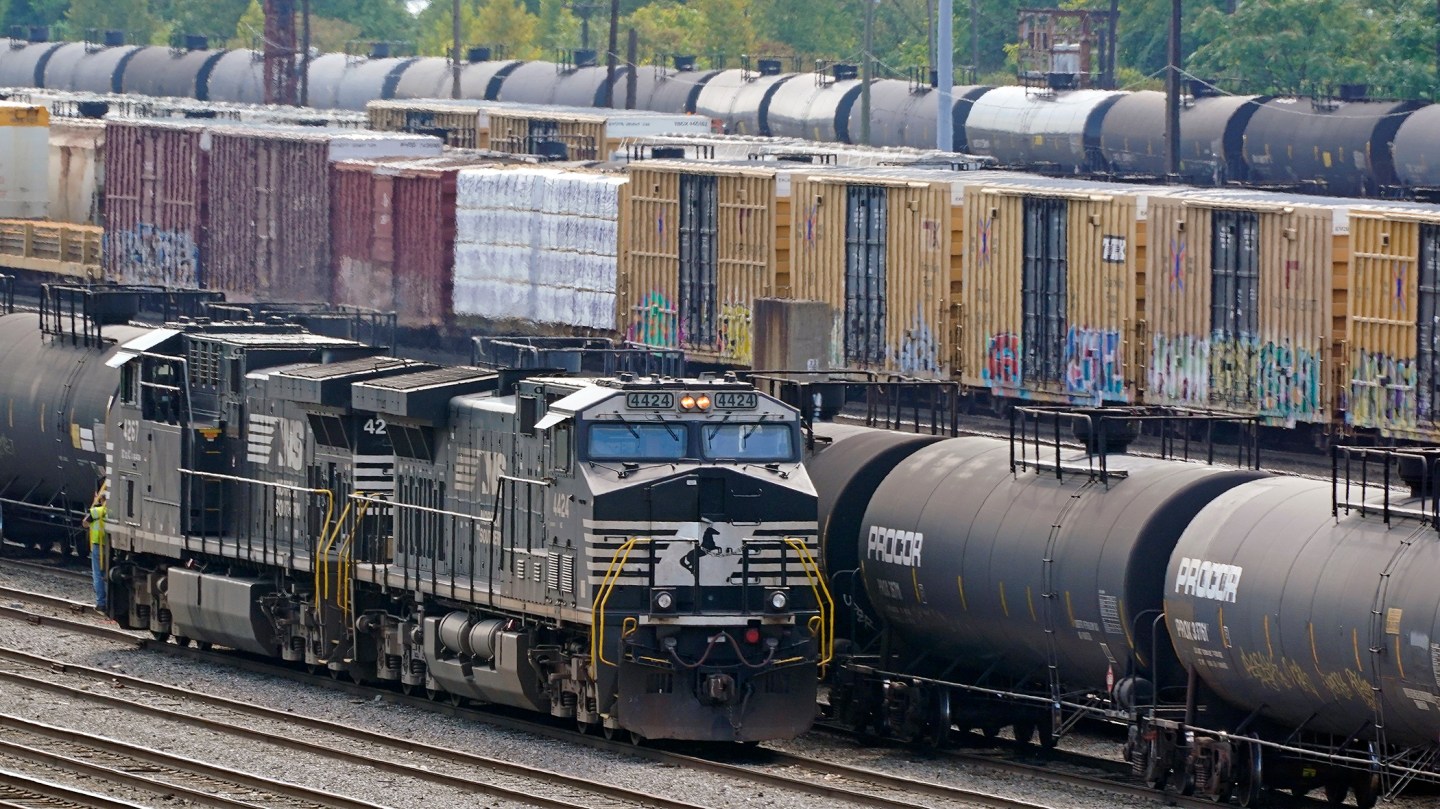 Norfolk Southern locomotives work in the in the Conway Terminal on Sept. 15, 2022, in Conway, Pa. Workers are increasingly frustrated with the lack of paid sick time in the industry, adding to concerns about the possibility of a strike next month that could cripple the economy.
Gene J. Puskar—AP

A second railroad union rejected its deal with the major U.S. freight railroads on Wednesday, reflecting workers’ increasing frustration with the lack of paid sick time and adding to concerns about the possibility of a strike next month that could cripple the economy.

The Brotherhood of Railroad Signalmen said nearly 61% of the workers who voted opposed the five-year contract, even though it included 24% raises and $5,000 in bonuses. It is the second rail union to reject a deal this month.

Union President Michael Baldwin cited the “lack of good-faith bargaining” by the railroads, and said the recommendations of a board of arbitrators that President Joe Biden appointed this summer denied workers the “basic right of paid time off for illness.”

The unions say the railroads, including a couple that reported more than $1 billion profit in the third quarter, can easily afford to offer paid sick time. The negotiations included CSX, Union Pacific, Norfolk Southern, BNSF and Kansas City Southern railroads.

The railroads maintain that the unions have agreed during decades of negotiations to forego paid sick leave in favor of higher wages and more generous short-term disability benefits that kick in after four days of absences and continue up to a year. They have rejected all demands for paid sick time although they did offer the unions that represent engineers and conductors three days of unpaid leave to tend to medical appointments as long as workers give 30 days notice.

The railroads have refused to offer workers much more than what the Presidential Emergency Board of arbitrators recommended. They say that board rejected unions’ requests for paid sick time in favor of recommending the largest wage increases in more than four decades.

Workers have been fighting in the negotiations to improve their quality of life and are demanding railroads ease the strict attendance policies that keep some of them on call 24-7.

Six smaller unions have approved their deals with the railroads, but earlier this month the large Brotherhood of Maintenance of Way Employes Division union that represents track maintenance workers also rejected its proposed contract because workers were concerned about the lack of paid sick time. And the two biggest unions that represent conductors and engineers, who are most affected by the railroads’ demanding schedules, won’t announce their votes until mid-November.

All 12 rail unions that together represent 115,000 workers nationwide have to approve contracts with the railroads to prevent a strike. But there is no immediate threat of a walkout because the unions that rejected their deals agreed to return to the bargaining table and continue talks at least through Nov. 19.

White House press secretary Karine Jean-Pierre emphasized Wednesday that despite the opposition to the tentative agreements, the economy is “under no immediate threat.”

The administration is prepared to take the appropriate steps to ensure the rail system remains functioning, she said. But she declined to say whether Biden would personally get involved in the negotiations between the rail companies and unions like he did last month ahead of the initial strike deadline.

If both sides can’t agree on new contracts, Congress may step in to block a strike and impose terms on workers.