Why many railroad workers still won’t approve a new contract: ‘Eventually there won’t be anybody to fix those choo-choos’ 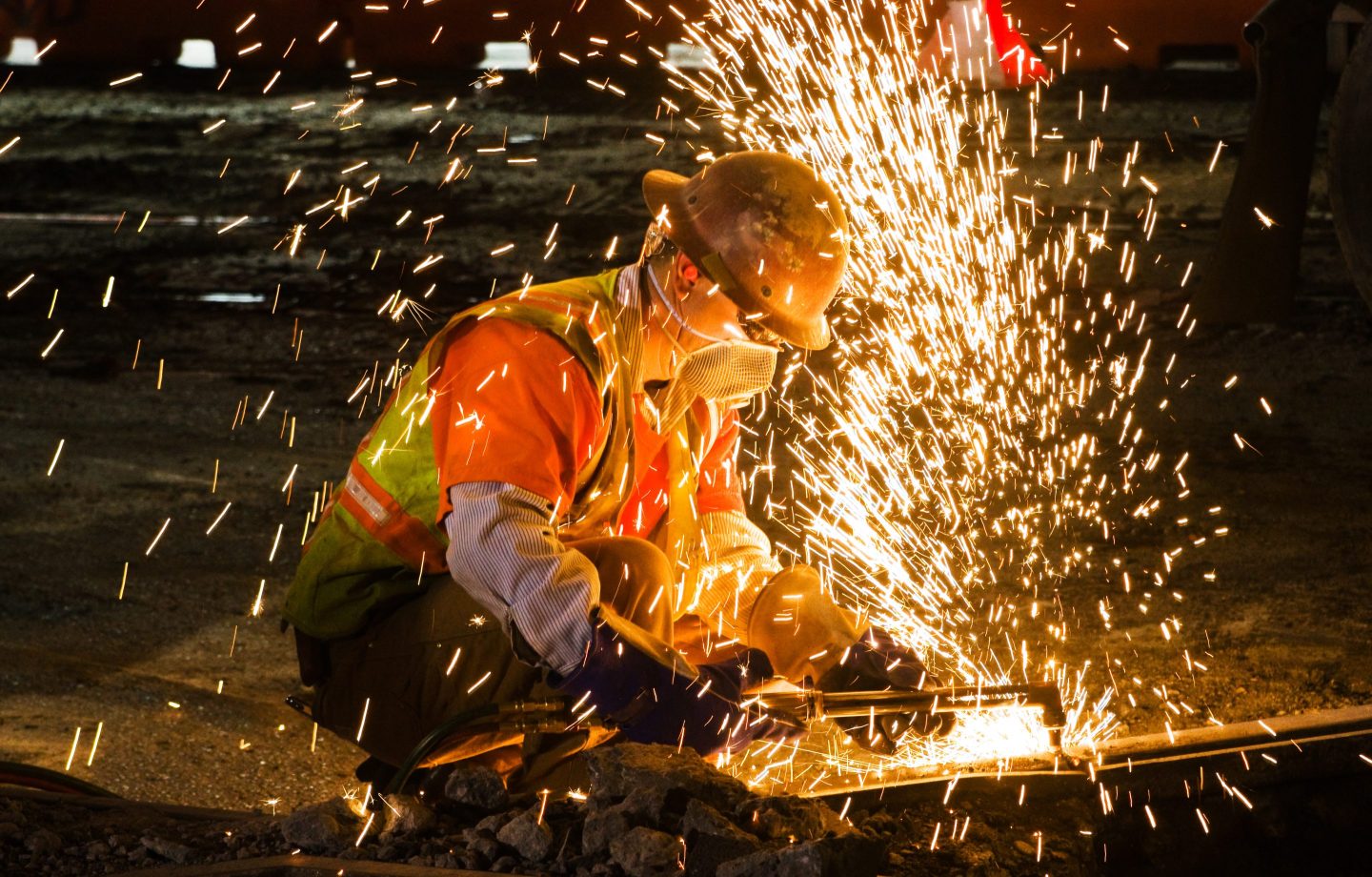 OMAHA, Neb. (AP) — The lack of some benefits most American workers can readily count on, like paid sick leave and regularly scheduled weekends, is driving some railroad workers to veto contracts that include hefty raises and $5,000 bonuses.

This week’s vote by the third-largest railroad union against their contract raised the possibility that a crippling nationwide strike could still happen even though the Brotherhood of Maintenance of Way Employes Division union pledged to negotiate more before considering walking off the job.

All 12 railroad unions must approve the contract to avoid a strike. Six smaller railroad unions have now approved their agreements with the major freight railroads after the National Conference of Firemen & Oilers ratified their deal Thursday.

But the workers with the most concerns about demanding schedules that have them on call 24-7 — engineers and conductors, nearly one-third of rail workers — won’t vote until next month.

Ultimately Congress may step in to block a strike and impose a contract if the two sides can’t reach agreements.

The five-year deals include 24% raises, which are the biggest in more than four decades, and closely follow the recommendations of a special board of arbitrators appointed by President Joe Biden this summer. However, those recommendations generally don’t resolve workers’ scheduling and workload concerns, especially as the major railroads have eliminated nearly one-third of their workers over the past six years. Railroads have been reluctant to offer much more than that board recommended, although they did agree to give engineers and conductors three unpaid days off a year to tend to medical appointments as long as they give 30 days notice.

Conductors and engineers clearly have the worst schedules that can lack weekends because railroads cannot predict exactly when trains will be ready to leave, and because trains run around the clock. The electricians, mechanics, and other employees based in a set location have more regular schedules, but they say their work has also become more demanding.

Currently, rail employees can take days off for any reason, but those days are generally unpaid and workers might be docked under the railroad’s attendance rules. And it’s hard to get paid leave or vacation days approved unless workers plan far ahead and have the seniority to secure them, so that makes those kind of leave days nearly impossible to use for a sick day. That’s why some workers question the value of the one additional paid leave day these contracts offer even though it would be the first improvement to that leave time since 1981.

“When I go to take them (personal leave days), every time without fail: ‘Oh, the crew supply doesn’t meet demand. We’re denying it.’ You’ve got to try to plan them in advance — ahead. So you can’t use those for your sick days,” said Paul Lindsey, a longtime Union Pacific engineer based in Pocatello, Idaho, who is active with the Railroad Workers United group that’s campaigning against the proposed contracts.

Electrician Shelly Nunemaker wants to see BNSF ease the tight attendance rules engineers and conductors work under before those could get imposed on her job, and she says the railroad should provide paid sick leave.

“They’re going to have to get a handle on this kind of thing before it gets worse and before it trickles down to us because eventually there won’t be anybody to fix those choo-choos that people need to drive around,” said Nunemaker, who wanted to vote “no” on the International Brotherhood of Electrical Workers contract but said she never received a ballot. That has her questioning the validity of that vote because several coworkers also allegedly didn’t get ballots.

The strict attendance policies that some railroads use that dock certain employees points for missing work for almost any reason have been a key concern for the unions this year because workers can be disciplined after losing all their points. The railroads maintain those systems are needed to ensure they have enough crews available, and they say the systems give workers flexibility to take some days off as long as they manage their points.

The Association of American Railroads trade group notes that rail workers do have some sickness benefits that kick in after a waiting period of four or seven days, and unions actually traded away some paid sick days in the 1970s to get better short-term disability benefits. But the unions say the pandemic — when railroads temporarily offered paid leave for COVID absences — highlighted the need for paid sick time.

Track maintenance worker Matt Mortensen said that when his three boys were younger, he had to use nearly all his vacation time to take care of sick kids. Then if he did take vacation, it had to be unpaid time off.

“To me it’s weird working for a company that is so profitable and not have sick days,” said Mortensen, who has worked for BNSF for 17 years in the Kansas City area and voted no on the BMWED contract.

All the major railroads have been reporting sizeable profits and BNSF said it made just over $3 billion in the first half of this year.

Issues with scheduling and time off have increasingly become top negotiating concerns coming out of the pandemic, but rarely are the issues as glaring as they are on the railroads. Virginia Commonwealth University professor Victor Chen said the railroads’ intense focus on a lean operating model that relies on fewer, longer trains with fewer locomotives and employees has “made formerly good jobs atrociously bad.”

“Over the years, they’ve laid off workers in droves while expecting those who remain to do much more,” said Chen, a sociologist who studies labor issues. “They’ve imposed schedules that are wildly unpredictable because it means they can squeeze more out of each worker. They’ve put in place insane attendance policies that would never fly in white-collar workplaces.”

The working conditions on railroads have even attracted the attention of top policymakers. House Speaker Nancy Pelosi condemned all the job cuts when she spoke at the Brotherhood of Locomotive Engineers and Trainmen convention this week in Las Vegas.

“Railroad corporations are making obscene profits on the backs of its workers,” Pelosi said. “You shouldn’t get fired for staying home when you get sick.”

Lindsey, the Union Pacific engineer, said he doesn’t think the unions are asking for too much.

“We just want our pay to keep up with inflation and have the ability to take days off when we need them,” he said. “I think that’s totally reasonable.”