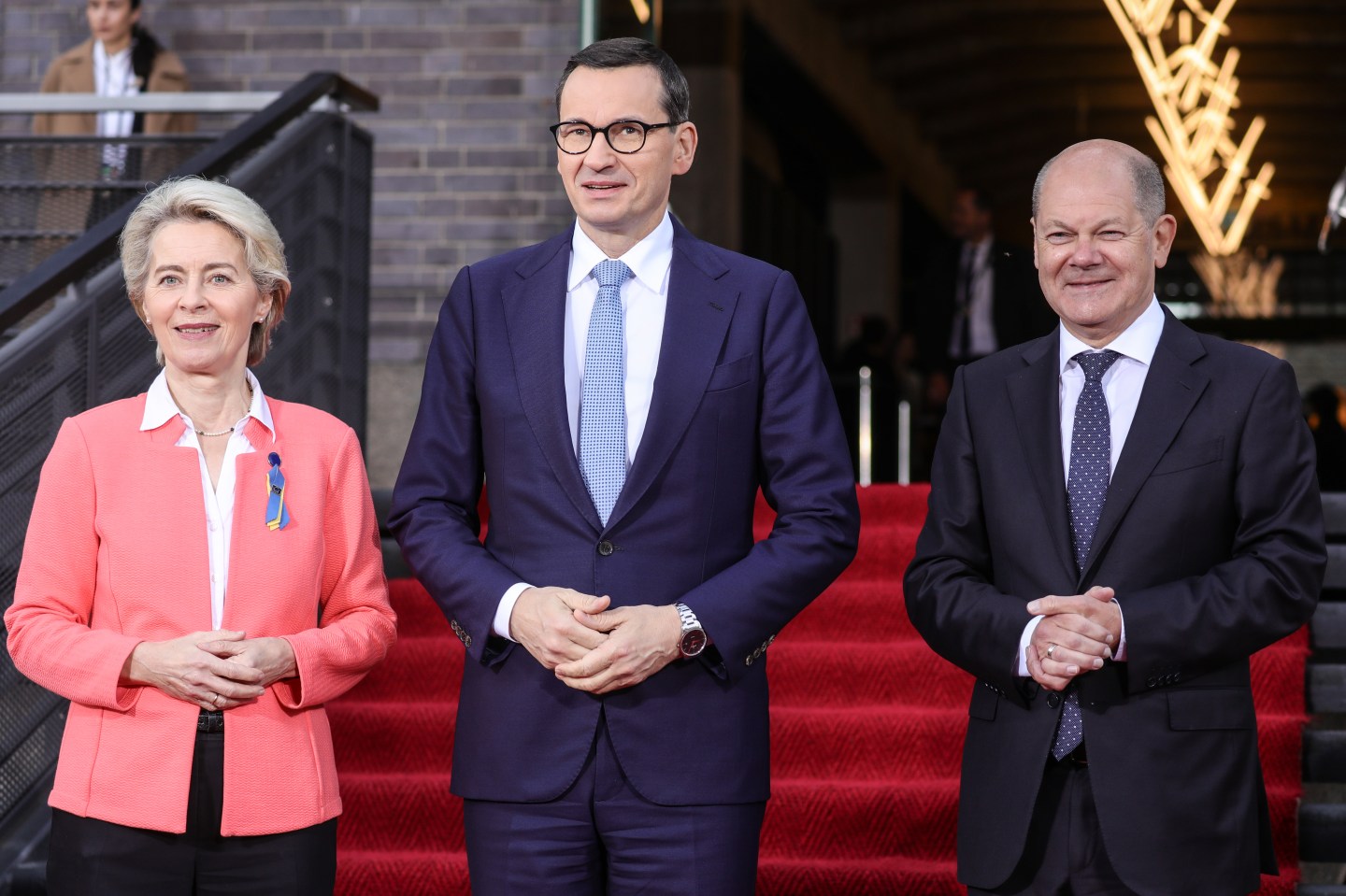 Can Brussels raid the tens of billions of euros in Russian assets frozen by the European Union to pay for Ukraine’s recovery?

This thorny legal question is currently under examination by the EU Commission as the cash-strapped bloc looks for potentially €18 billion ($18 billion) next year to keep Ukraine afloat as it fends off Moscow’s invasion.

Ursula von der Leyen, the EU Commission’s president, told reporters on Tuesday in Berlin that she had set up a task force to map what assets exist as well as the preconditions that must be met to seize them.

“The will is there, but legally it is not trivial. There is a lot of work still in it to reach that goal,” she said during a press briefing on the sidelines of an international conference of experts for the reconstruction of Ukraine.

Importantly, it’s unclear whether this may eventually include the wealth of the Russian state or just illicit funds from Russian oligarchs, which is potentially easier to seize if illicitly gained.

Ukraine believes there is anywhere between $300 billion to $500 billion in Russian assets for the taking, which would go far in helping it rebuild, Ukraine Prime Minister Denys Shmyhal said on Tuesday. He said critical economic infrastructure equivalent to 45% of its annual output has been destroyed since the war started and it expects its budget deficit next year to therefor amount to €38 billion.

“It’s the biggest investment project on the European continent ever,” Shmyhal said of the current reconstruction effort.

While Canada has already enacted legislation to seize Russian assets, EU member states are divided as the issue could have repercussions that extend far beyond its borders and affect the future for a long time to come. Some €23 billion in Russian assets are estimated to be located in the EU.

On the one hand you have supporters like Poland, whose prime minister left no doubt as to where his country—a staunch ally of Ukraine in its war against Russia—stood on the issue of war reparations.

“There is a huge pot of gold to be taken and dedicated for Ukraine’s reconstruction, which are the assets of Russian Federation and Russian oligarchs,” Mateusz Morawiecki said on Tuesday in Berlin.

He argued that simply freezing them means little, especially as assets have a way of growing in value over time. They need to be confiscated, in Warsaw’s view.

“We must make sure the offender pays,” he said. “Too many times over the course of history we saw that the aggressors avoided the consequences.”

German Chancellor Olaf Scholz, who himself is facing demands from Morawiecki for €1.3 trillion in reparations for World War II, was more hesitant about the issue.

“To be very clear, it is a very difficult legal question,” he said. “We are right at the beginning of something unprecedented. So an answer is not to be expected very soon.”

In the meantime, von der Leyen said, the EU intends to support Kyiv to the tune of €1.5 billion for each and every month the war continues, roughly a third of the country’s estimated monthly needs of €3 billion to €5 billion.