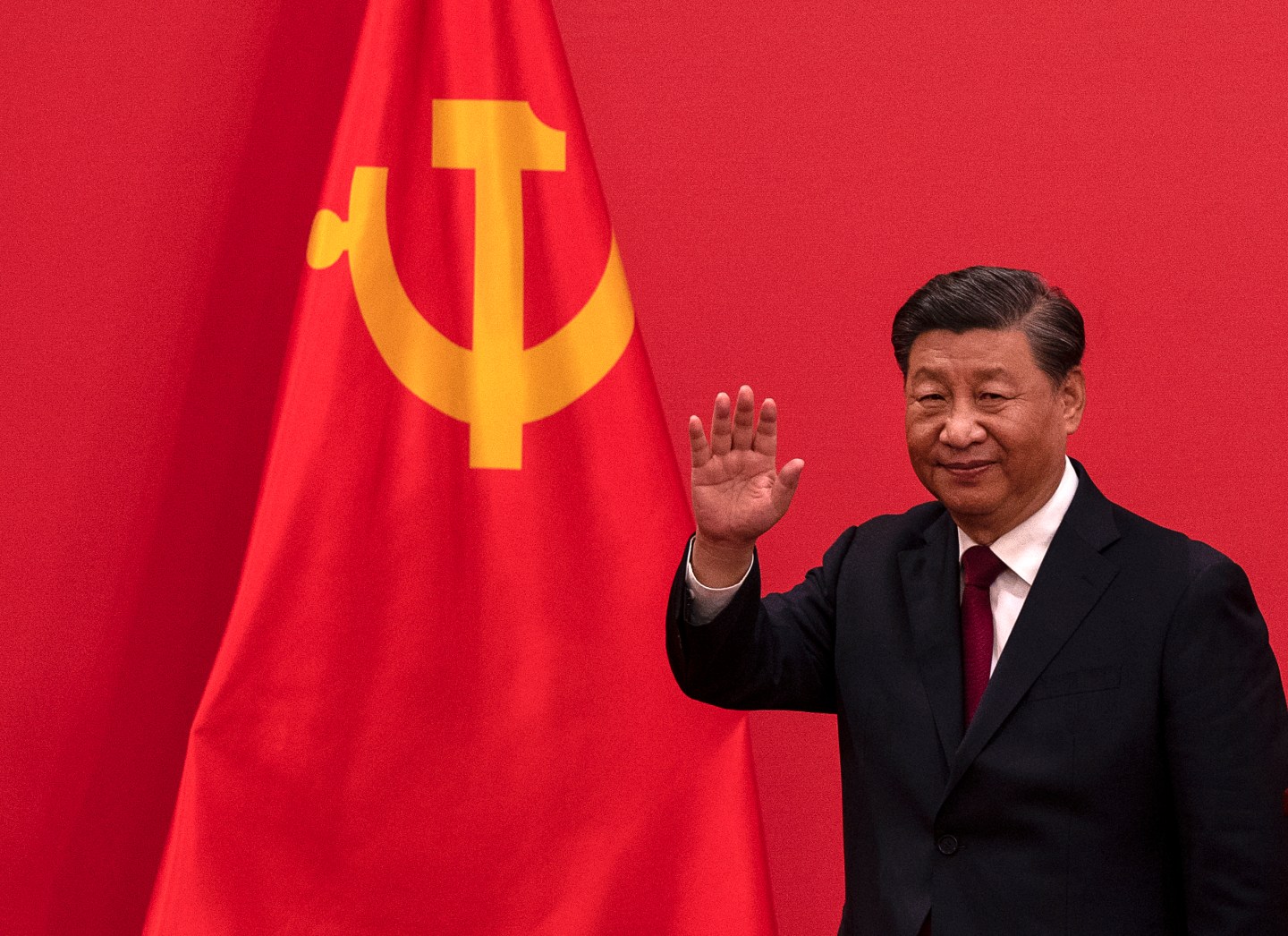 America’s views toward China—politics, policy, and public opinion—are more one-sided than at any point since Nixon went to Beijing in 1972. The U.S. Congress and the executive branch are barren of support for constructive engagement with China.

Meanwhile, the trajectory of conflict escalation between the U.S. and China has become increasingly ominous over the past five years—a trade war, a tech war, and now a new cold war. It wouldn’t take much to spark a more serious clash. Could mounting tensions over Taiwan, human rights concerns in Xinjiang, or China’s new “no limits” partnership with Russia be that spark?

The basic premise of Accidental Conflict is that this collision of great powers wouldn’t have happened had it not been for the false narratives that both nations embrace toward the other. Leading examples: savings-short America’s futile fixation on a large bilateral trade deficit with China, or China blaming its failed economic rebalancing on a U.S. containment strategy.

I wanted to write a book that offered a new strategy of conflict resolution for a broken relationship. In that spirit, Accidental Conflict concludes with a three-part plan: rebuilding mutual trust by focusing on global concerns that both nations share—climate change, public health crises (like pandemics), and cybersecurity; shifting from zero-sum bilateral trade conflicts and focusing on market-opening growth initiatives, such as a Bilateral Investment Treaty; and establishing a U.S.-China Secretariat as a new architecture of full-time engagement. No plan is perfect, but a dysfunctional U.S.-China relationship needs a fresh approach—before it is too late.

Below is an excerpt from Accidental Conflict: America, China, and the Clash of False Narratives.

National dreams speak to possibilities. The American dream and the Chinese dream, both rooted in folklore and history, are uplifting expressions of national ethos. The historian James Truslow Adams is credited with popularizing the phrase “American dream” during the Great Depression in 1931. Xi Jinping introduced the modern concept of the Chinese dream in late 2012 when he assumed leadership of the Communist Party of China. The American dream was initially more of a literary notion describing a socio-cultural phenomenon, whereas the Chinese dream was a political statement of national purpose by an ambitious new leader.

Both dreams were meant to instill national pride and offer a sense of direction, but there is an important difference of focus. The American dream speaks of personal opportunity, whereas the Chinese dream speaks of a nationalistic rejuvenation of a great nation. There is also a difference in context. The American dream was framed during the worst years of depression, at a time of national despair. The Chinese dream came at a time of rising national strength.

We know from experience that dreams are not to be taken literally. They are mixtures of fantasy and bits of reality floating around in the human subconscious. But as political and social statements, the American and Chinese dreams are grounded in perceptions of reality. To the extent that they reflect each nation’s core values, they qualify as national narratives. The challenge is in the intersection between the two dreams. Do they combine to promote conflict resolution, or work at cross-purposes, exacerbating conflict? Viewing the two national dreams as narratives may deepen our understanding of the U.S.-China conflict.

In its current form, the Chinese dream was first articulated by Xi Jinping on Nov. 29, 2012, two weeks after he was installed as general secretary of the Communist Party of China. He and other members of China’s top leadership, the Standing Committee of the Politburo, were touring the “Road to Rejuvenation” exhibit at the National Museum of China, prominently situated on Tiananmen Square in Beijing. The visit was a carefully choreographed leadership moment.

The massive exhibit, which took up an entire wing of the world’s largest museum, started out by telling the story of China’s “century of humiliation.” Through photographs, documents, and commentary, the first half of the exhibition painted a tragic picture of a proud nation’s defeat and occupation by foreign powers. The second half, accompanied by stirring patriotic music, featured rejuvenation—China’s courageous response to the humiliation of invasion and occupation. It extolled the virtues of a nation that overcame adversity, rose up in revolution, and emerged as the People’s Republic of China, strong and determined to apply the lessons of one of the most painful periods of its history.

Filled with patriotic fervor after viewing the exhibition, Xi turned to the assembled media and proclaimed,

This was not a casual throwaway line. It almost sounded like a national oath of allegiance. Xi’s words were focused and deliberate, aimed at making an important political point. The statement was featured prominently in the national media and quickly became seen as a solemn promise to China and the world, emblazoned on mugs, plaques, and posters for all to see (and of course buy). It sparked a nationalistic zeal that had not been seen in China since the Cultural Revolution ended in the mid-1970s.

Xi’s initial account of the dream was subsequently expanded. An English-language translation of the more complete version reads as follows:

For Xi Jinping, this expanded version of the Chinese dream has become an all-encompassing mantra—a touchstone for his connection to the Chinese populace, and a nationalistic rallying cry. The dream is at once a political statement, a social goal, and an economic target. It offers both inward- and outward-facing implications. It speaks to the notion of a shared prosperity aligned with China’s ambitious development trajectory, initially toward a moderately well-off society and eventually to a Great Socialist nation. Perhaps most significantly, it underscores China’s determination to reclaim its former stature among the leading nations of the world. All this and more, in the name of rejuvenation.

At the same time, the stress on rejuvenation as the essence of the Chinese dream risks sending a very different message—that China also views itself as having been a hapless victim of foreign mistreatment and subjugation. Had that not occurred, goes this line of reasoning, it would have no difficulty today in maintaining its stature as the leading nation in the world. This view presumes that China bears no responsibility for the extraordinary fall from power that occurred during the civil unrest and subsequent demise of the Qing dynasty in the early 20th century. It also lets China off the hook for the technological autarky that prevented history’s leading innovator—from ancient times through the 17th century—from participating in the Industrial Revolution of the 18th and 19th centuries. By fixating on rejuvenation without accepting responsibility for its own destiny, China risks blaming others for problems of its own making, and embedding a false sense of conflict into the core of the Chinese dream. As we shall see, it is hardly alone in this tendency.

The American dream, by contrast, was framed not by a political leader but by a writer and historian, James Truslow Adams. In Epic of America, Adams wrote that America should

…dream of a land in which life should be richer and fuller for every man, with opportunity of each according to his ability or achievement.

It is not a dream of motor cars and high wages merely, but a dream of social order in which each man and each woman shall be able to attain the fullest stature of which they are innately capable and recognized by others for what they are.

…If the American dream is to be a reality, our communal spiritual and intellectual life must be distinctly higher than elsewhere, where classes and groups have their separate interests, habits, markets, arts and lives.

This was a rallying cry for national optimism in the depths of despair. The U.S. economy was in the midst of its sharpest economic contraction in its history, which would reduce real GDP by 26% from 1929 to 1933 and push the national unemployment rate up to 25%.

Undaunted by this grave moment of national self-doubt, Adams urged confidence and hope. For the downtrodden American populace, his words were inspirational, almost spiritual. His invocation of ability-based rewards, social benefits over material wants, and the rejection of class distinctions spoke to America as the land of great opportunity for all. It was a noble and powerful message at a time of great national need.

Adams’s vision would be challenged repeatedly in the decades to follow. Later developments in the United States, especially mounting inequalities in gender and race, middle-class wage stagnation, and the cravings of an increasingly materialistic society, made his idealistic views look almost naive. Even so, the dream of a better future became a constant rallying cry for the nation during its toughest moments. And it offered a rich template of possibilities for what could be imagined, if not achieved, under more ideal circumstances.

Nations can hardly be criticized for dreaming of sustained prosperity. It is extremely rare, however, that they can all pull it off at once. For many reasons—economic, social, political—paths diverge, leaving many dreams shattered while others are close to realization. The China dream and the American dream reflect the two nations’ sharply diverging trajectories over past centuries. Yet there are also some striking similarities. Like Xi’s vision, the American dream can also be framed from both inward- and outward-facing perspectives. The introspective implications have been shaped by a generational progression in living standards, great progress in eradicating poverty and disease, and the material trappings of wealth—provided, as Adams insisted, those rewards are aligned with ability and effort.

Adams’s portrayal of a nation seeking quality over quantity also resonates with strategic challenges currently facing China. There is a time, Adams stressed in his portrayal of the U.S., to emphasize each. The same is true in China. The hyper-growth recipe of Deng Xiaoping has given way to the slower, higher-quality growth prescriptions of Wen Jiabao and Xi Jinping. As economies develop and mature, they are expected, almost beckoned, to focus more on quality. In the end, for both nations, there is far more to the dreams of prosperity than growth for the sake of growth. Adams stated that explicitly, while Wen and Xi admitted it implicitly.

Significantly, national dreams are intended to be forward-looking in their messaging of aspirational goals. As a once poor, now middle-income society, China still has much to accomplish in its development and prosperity. As a wealthy nation, the United States faces tough structural headwinds to stay the course of economic growth. Anchored in moments of great despair and humiliation, the national dreams of America and China both offer uplifting trajectories intended to leave their difficult histories behind.

Despite their very different economic and political contexts, the two dreams share one critical challenge: solving increasingly daunting growth problems without imposing hardship on others. The realization of one nation’s dream need not compromise another’s aspirations.

Stephen Roach is a senior fellow at the Paul Tsai China Center of the Yale Law School and a former chairman of Morgan Stanley Asia.