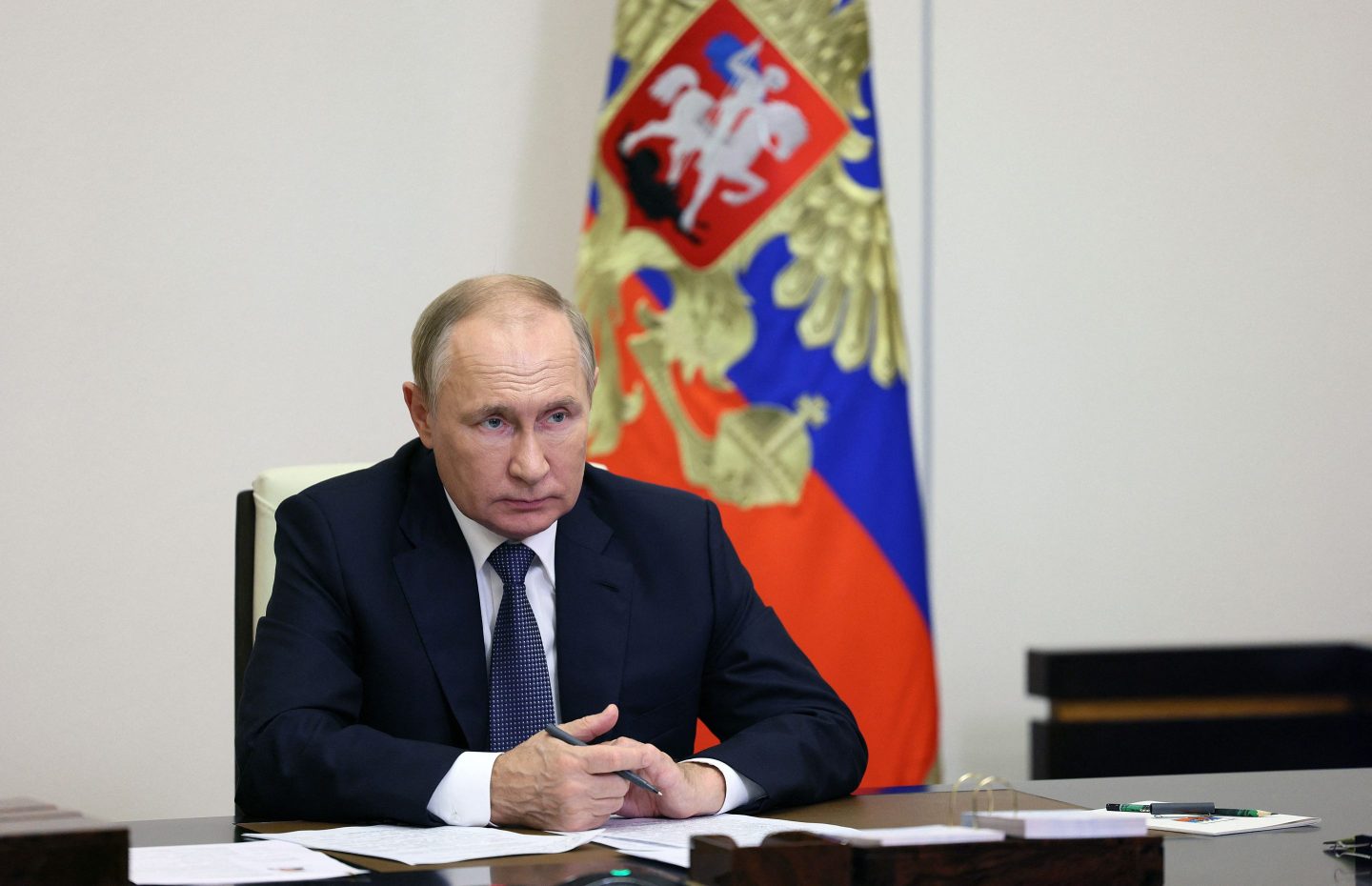 President Volodymyr Zelenskiy said Russia had launched a “massive attack” overnight, with some 36 missiles fired, most of them intercepted.

Vladimir Putin’s invasion of Ukraine is two days short of the eight-month mark, and in the past two weeks has been marked by increased targeting of civilian targets including power and heating facilities, as the Kremlin looks to leave millions of people without electricity heading into winter.

A top aide to Zelenskiy said Russia is trying to provoke a new refugee crisis for Europe by driving Ukrainians from their homes. “Whether Putin will be able to implement his plan depends on European capitals’ leaders,” Mykhailo Podolyak said on Twitter.

The strikes against infrastructure have increased as Kremlin troops suffer multiple setbacks on the battlefield in the east and southeast.

They also follow the appointment of a new commander of Russia’s forces in Ukraine, Air Force General Sergei Surovikin, who was named to the post on Oct. 8, two days before the initial big power-plant strikes.

On Saturday, regions ranging from Volyn in the Ukraine’s west to Zaporizhzhia in the southeast reported strikes on power facilities Saturday.

Air alarms, indicating possible missiles in the vicinity, sounded multiple times across the country, from the Transcarpathia region in the southwest to Kharkiv, more than 1,000 kilometers to the northeast, to occupied Kherson.

Many regions are now experiencing blackouts, and several will also have water supplies cut off temporarily, authorities said.

Ukrenergo, Ukraine’s national power grid operator, said it will limit electricity supplies to the capital, Kyiv, and at least ten additional regions for now, to ease pressure on energy infrastructure. A presidential aide estimated almost 1.5 million are without power, with many of those without electricity in the western region of Khmelnytskyi, far from the front lines.

Zelenskiy earlier this week said recent attacks had damaged almost one-third of Ukraine’s power stations, and that estimate is sure to rise.

The scale of new damage incurred on Saturday “is comparable or even exceeds” to what was seen from the Oct. 10-12 strikes on energy facilities, Ukrenergo said on its Telegram-channel. It asked customers to limit electricity consumption to conserve power.

Kremlin forces initially launched widespread strikes on energy facilities and other civilian targets two days after the Kerch Strait Bridge from annexed Crimea to mainland Russia was damaged in an explosion that Moscow blamed on Ukraine.

Days later, Putin suggested that Russia’s military had missed some of its targets in that round of attacks, and still needed to complete the job.

The ongoing air campaign suggests Russia, with its troops now under Surovikin’s command, is “seeking to destroy the will of the Ukrainian people,” said Mick Ryan, a military strategist and retired Australian army general.

“As an air force officer, it is clear he has succumbed to the theory that populations can be shattered by aerial attack,” Ryan said in a Twitter thread.