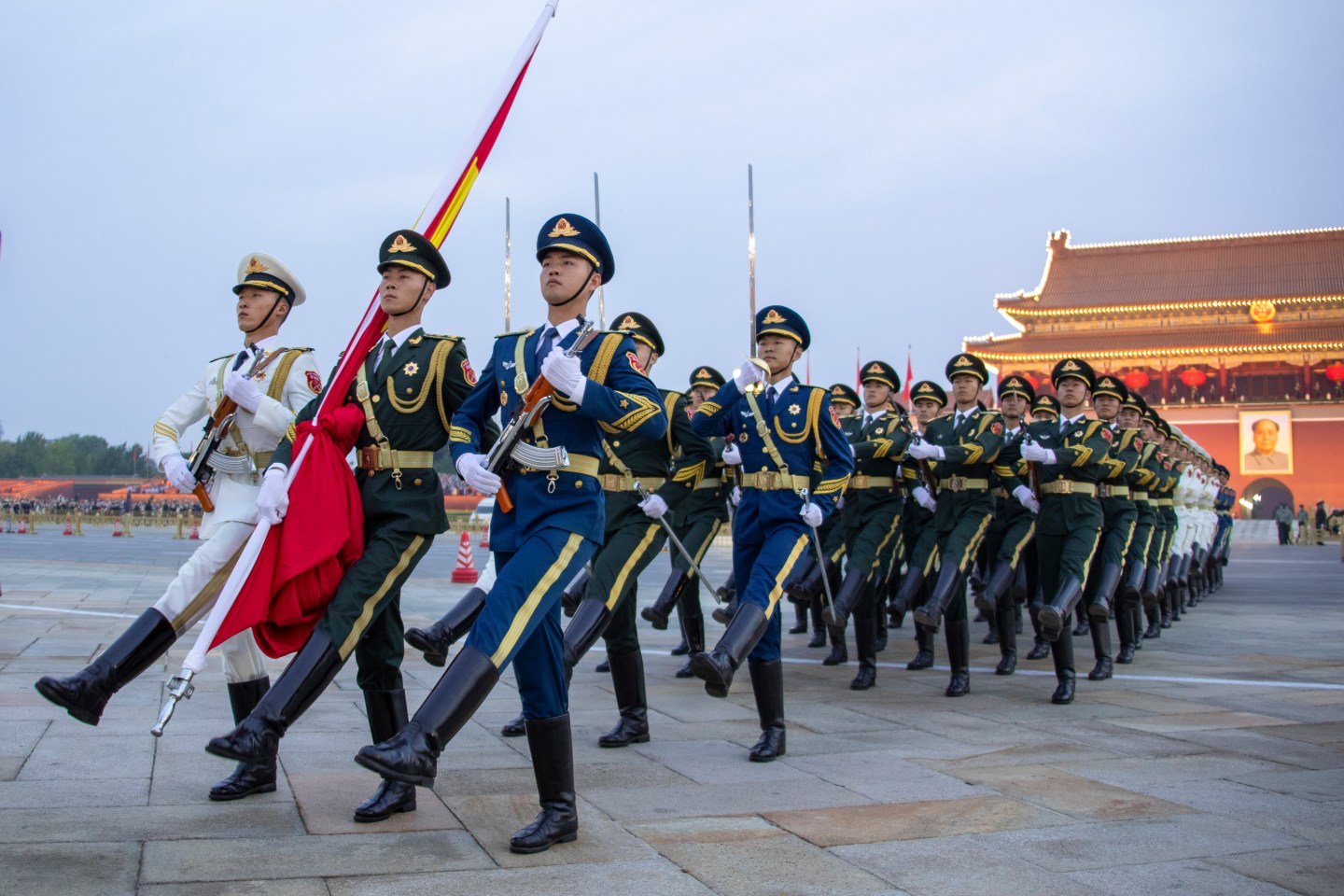 The Guard of Honor of the Chinese People’s Liberation Army, on Oct. 1, 2022, in Beijing. Former British military personnel are accepting huge cash payments to go to China and train its army.
VCG/Getty Images

Tensions have been steadily rising between Beijing and much of the Western world this year—but former British military personnel are accepting huge cash payments to go to China and train its army.

As many as 30 individuals who formerly served as pilots in the British armed forces have accepted requests to go to China to train members of its People’s Liberation Army, the BBC reported on Tuesday.

One Western official told the BBC that headhunts for pilots had drastically increased lately, adding that China was offering them “lucrative packages” thought to be worth as much as $270,000. Pilots from the U.K.’s ally nations have also been targeted, according to the report.

A spokesperson for the British Ministry of Defence confirmed to Fortune on Tuesday that former military pilots were indeed traveling to China to instruct members of the country’s army.

“All serving and former personnel are already subject to the Official Secrets Act, and we are reviewing the use of confidentiality contracts and nondisclosure agreements across Defence, while the new National Security Bill will create additional tools to tackle contemporary security challenges—including this one.”

According to the BBC report, the U.K. government is issuing an intelligence alert to warn ex–military pilots not to accept job offers from the Chinese military. However, there is reportedly no evidence any of the pilots involved in the training scheme have broken the law.

Representatives for the Chinese government were not available for comment when contacted by Fortune.

U.K. officials have previously spoken out about seeing China as a threat to Britain.

In July, British and U.S. intelligence officials said China “poses the biggest long-term threat” to national security for both their own countries and their allies.

In recent months, the U.S. has faced off with Beijing over Taiwan and the semiconductor industry, and in President Joe Biden’s first formal national security strategy, China was named America’s “most consequential geopolitical challenge.”