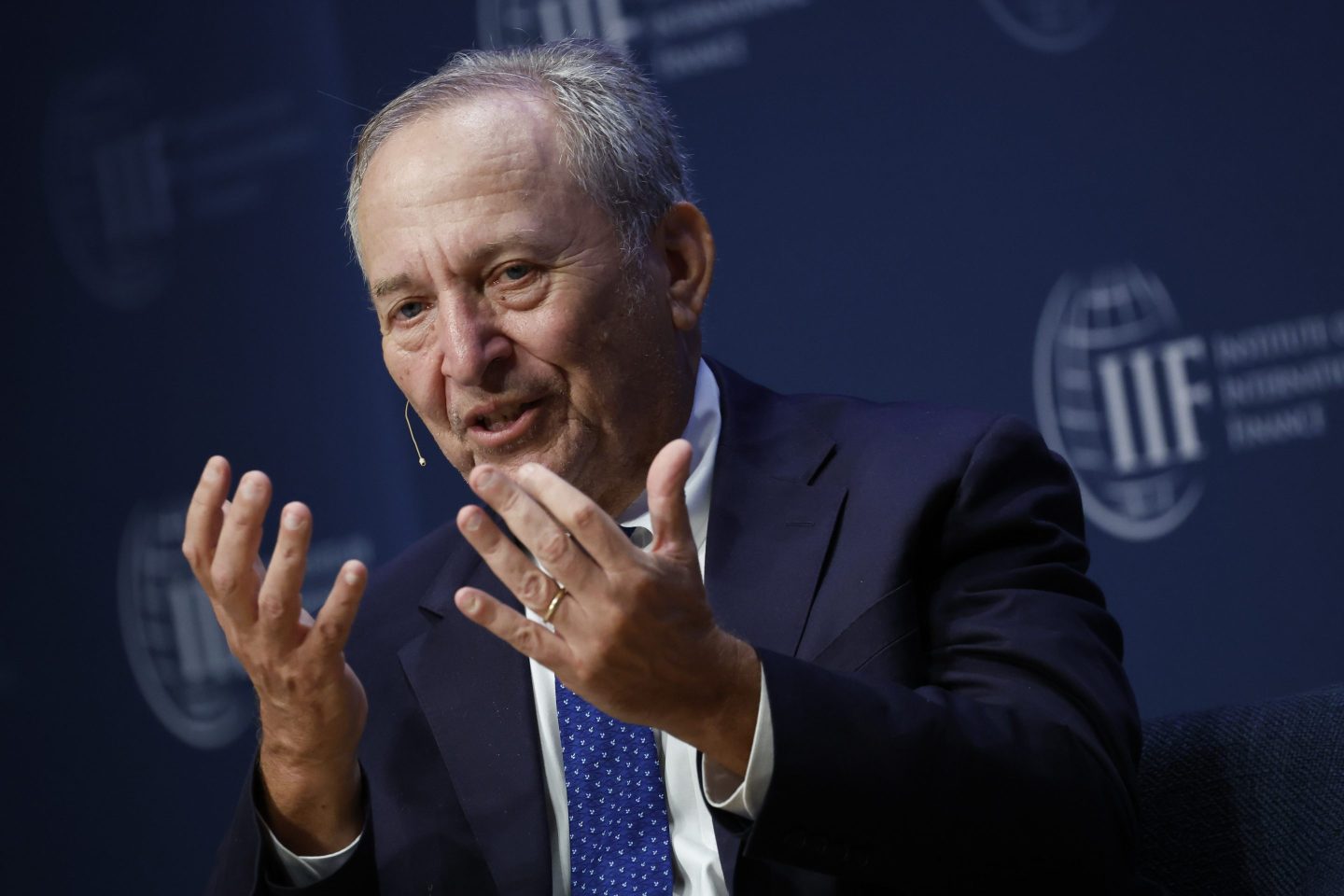 The idea that the world economy is teetering on the brink of a recession seems to carry more weight every day. And now former Treasury Secretary Larry Summers says we might have already crossed a major inflexion point: the U.K.’s market turmoil.

“What’s happened in the United Kingdom, some of that is a self-inflicted wound, but some of that is tremors of what’s happening in the global system,” Summers said at the Institute of International Finance’s annual meeting on Friday. “And when you have tremors, you don’t always have earthquakes, but you probably should be thinking about earthquake protection.”

Summers was speaking the same day that the U.K.’s recently appointed prime minister, Liz Truss, fired her own recently appointed finance minister, Kwasi Kwarteng, whose presentation of their joint economic plan sparked a violently opposed market reaction that saw the pound hit a record low against the dollar and the largest ever one-day government bond selloff in the U.K., forcing the Bank of England to take emergent action and temporarily purchase long-term bonds.

This last part of the British crisis is what has Summers worried. For much of the last several decades, low interest rates have allowed governments to easily turn to the debt markets to fund themselves. With inflation at 40-year highs and central banks worldwide following the lead of the Federal Reserve and dramatically hiking interest rates as they seek to fight it, that era seems to be over, if the U.K. markets are any indication.

The economic challenges experienced by the U.K. aren’t unique, either. Countries throughout Europe are working to cope with a deepening energy crisis after Russia cut the continent’s supply of natural gas. And almost every place in the world has faced setbacks from supply chain disruptions, while others are still experiencing shocks from the COVID-19 pandemic—all of which has led to the aforementioned extremely high inflation and faltering stock markets.

Summers, who has been saying for over a year that the Fed was asleep to the major economic challenges facing it, said he hasn’t seen anything to change his mind.

“We’ve got the most complex, disparate, and cross-cutting set of challenges that I think I can remember in the 40 years I’ve been following this stuff,” Summers said. “And in all honesty, I think the fire department is still in the station.”

The Federal Reserve has raised interest rates five times this year, with the last three interest rate hikes each being by 75 basis points, as it seeks to bring down inflation to its 2% target. Central banks around the world have followed suit in what may be the largest coordinated central bank hike in history.

Still, many economists, including Summers, have criticized the institution for waiting too long to act on high inflation. And after Thursday’s CPI report revealed inflation was up 8.2% in September versus a year earlier, it’s likely the Fed will continue to raise rates. But its aggressive strategy has a lot of economists and investors suggesting it’ll send the U.S. into a recession.

Summers says most recession scenarios would be far better than the economic purgatory of “stagflation.”

“If you try to avoid that you just find yourself with a stagflation situation and having to do something harder a little later,” he said. “But that’s got all kinds of collateral consequences for the rest of the world.”

The stagflation portmanteau combines high inflation with a stagnating economy, and it famously occurred throughout the 1970s until a painful rate hike and recession in the early 1980s ushered in “the Great Moderation.” Getting back to that now seems a long way off, but Summers wants more to be done.

“Somebody should be proposing something substantial here and moving it along,” he said, without specifying what that proposal could be.