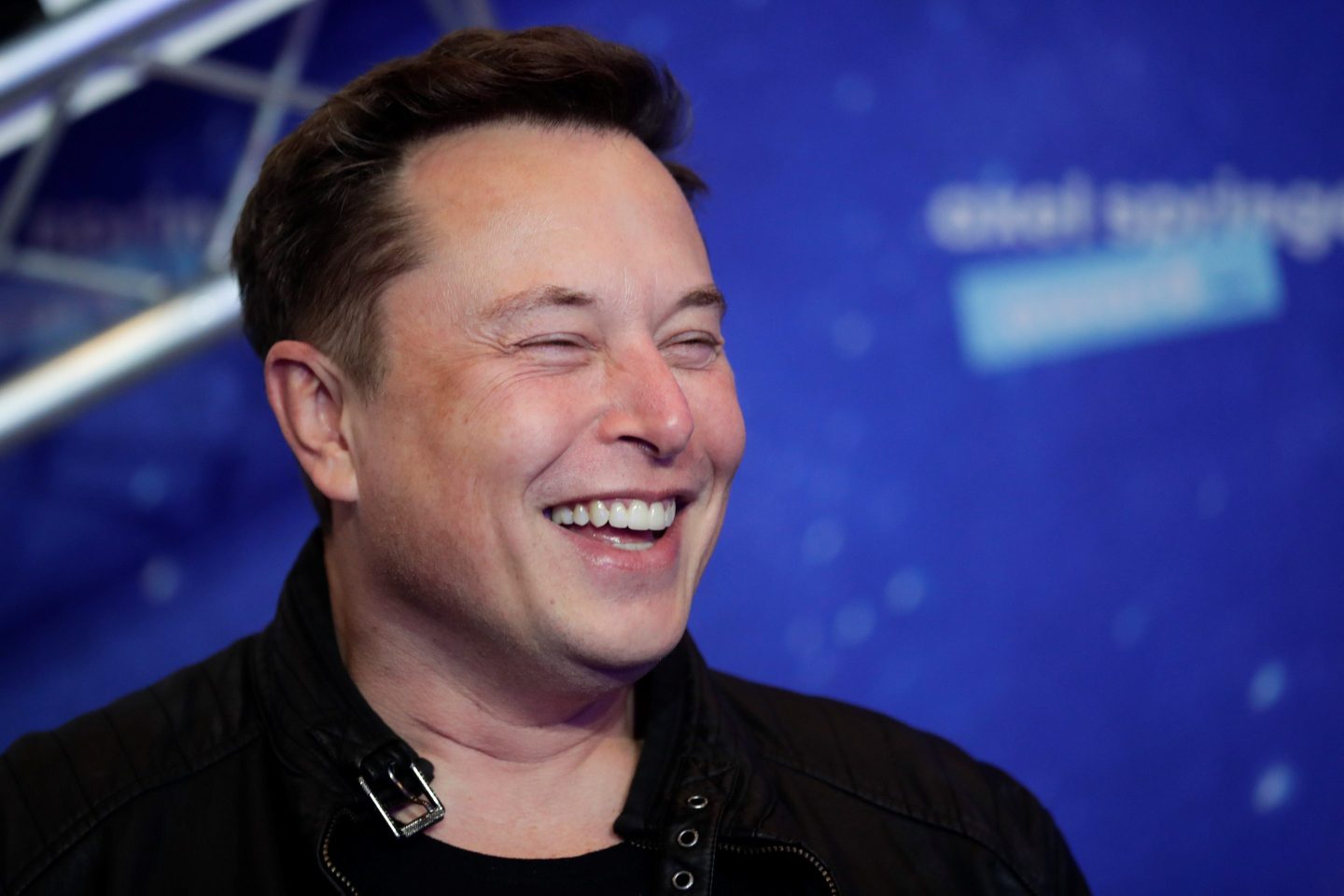 The Tesla Inc. chief executive officer has a history of launching products based on jokes that his massive fanbase has sought after as collectibles.
Hannibal Hanschke—POOL/AFP/Getty Images

Elon Musk is promoting a new perfume, as the world’s richest man continues a track record of turning what ostensibly start out as jokes into sought-after products.

Musk announced the scent — called “Burnt Hair” and described as “the essence of repugnant desire” — in a tweet Tuesday, before changing his Twitter biography to “Perfume Salesman.”

A separate product page posted by Boring Co., Musk’s tunneling company, listed the fragrance at $100 a pop, and Musk later tweeted that 10,000 bottles had been sold.

The billionaire had said in an earlier post in September that Boring Co. would launch a scent for men that will help them “stand out in a crowd.” He wrote Tuesday that getting into the fragrance business was inevitable given his last name, tweeting in jest: “Why did I even fight it for so long!?”

The Tesla Inc. chief executive officer has a history of launching products based on jokes that his massive fanbase has sought after as collectibles.

A limited line of 20,000 flamethrowers sold by Boring Co. in 2018 to raise $10 million for its tunnel-building tests attracted huge interest.

He has also used items to mock investors betting against the electric-vehicle maker, including a Tesla Tequila based on an April’s Fools’ Day gag and a pair of satin short shorts (priced at $69.420) to mark a victory over short sellers.

Musk has said that Boring Co. plans to make a functional so-called Hyperloop in the coming years — a tunnel-based, high-speed transportation system — although significant hurdles remain, including securing  permits for projects and passing  environmental studies.