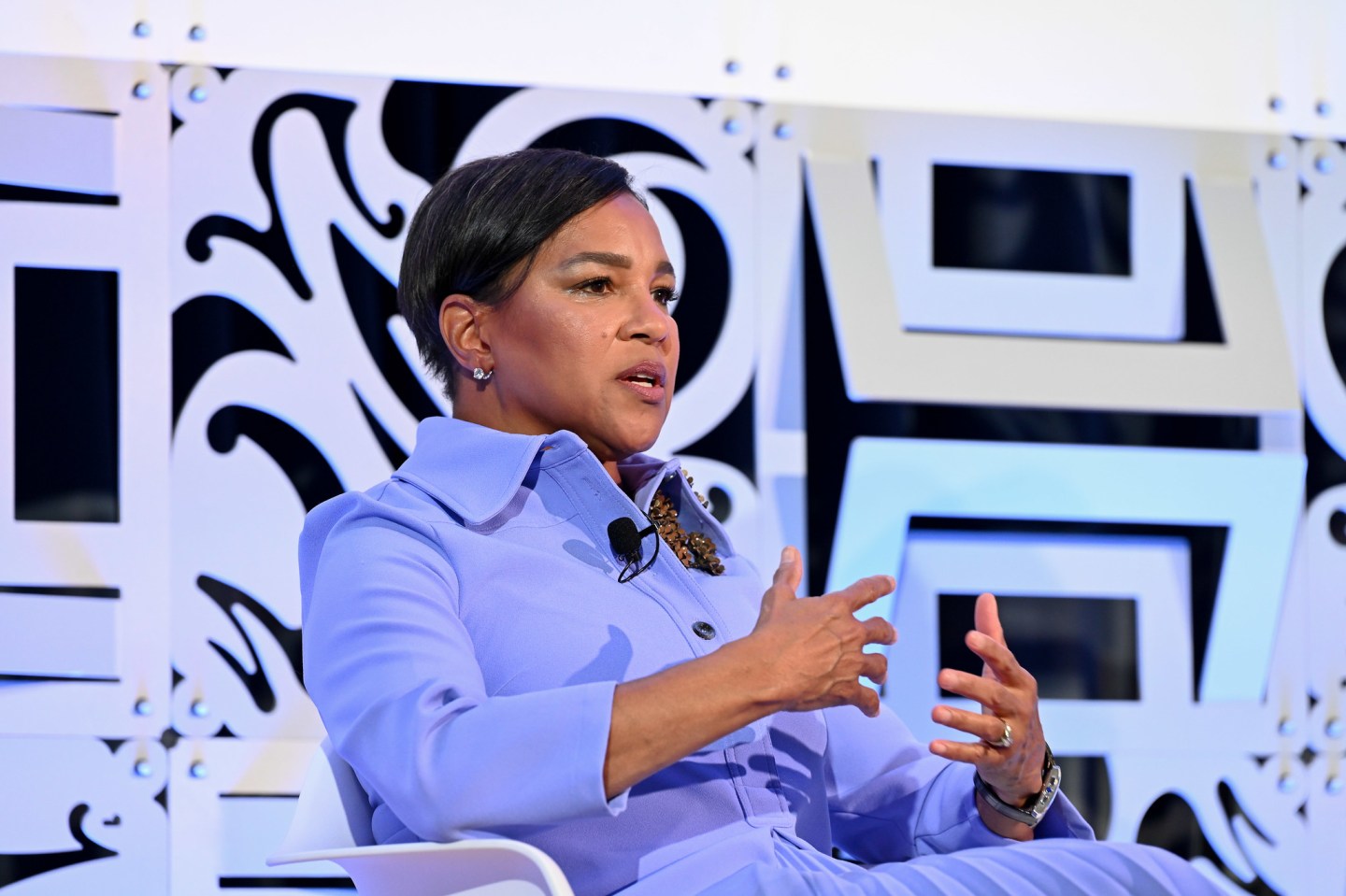 Rosalind Brewer became the first Black woman to lead Walgreens Boots Alliance as the health care company’s CEO in March 2021, but being the first isn’t something this executive aspires to.

“It’s never a good feeling,” Brewer told the audience at Fortune’s 2022 Most Powerful Women Summit on Monday night. “I’m still walking in and being the only [Black woman] in the room,” she said, adding that diversity in corporate America should be much stronger than what it is right now.

Brewer, who said she didn’t follow the traditional CEO path, has been the first a number of times in her life. The youngest of five children, Brewer was the first in her family to go to college. She was also the first African American and the first woman to become the chief operating officer (COO) and group president at Starbucks. And as CEO of Walgreens, Brewer is one of only two Black women to currently lead a Fortune 500 company (Thasunda Brown Duckett is the other as CEO of TIAA).

Yet when asked when she knew that she was eventually going to be CEO, Brewer said that wasn’t the original ambition. “Oh, shoot, I never really knew that. It just kind of came,” she said. “In many cases, I had more skills than I knew or believed.”

Brewer said her role as COO at Starbucks really taught her the importance of execution and planning, as well as setting a vision and goals: “I quickly learned that it was probably time.”

When it came to leaving Starbucks and taking the reins at Walgreens, Brewer admitted timing was everything in this instance. Brewer told the audience that she thought Starbucks was the best job while she was there. “It was fun, right? It’s coffee. It’s lattes.”

“But as things were happening around me, there was that growing activist in me—and it wasn’t enough,” Brewer said. “When things happened, and this moment came, the opportunity led the moment. I sort of snapped in a good way. This was something that just pulled me in and made me change my mind about a lot of things.”

Brewer describes the feeling as “this little, tiny thing in me that feels like change is always gonna happen. And if it’s not happening, I’m going to push it and make it happen,” she said. “And you can’t do that sometimes from the back room. You got to be up there. But then you can’t do it without the skills, and so I quickly knew I [had] to build in order to get where I can do my best work and I can feel my best self—and that’s when I’m right on the edge of where it’s happening.”

Brewer said that during the early part of the COVID-19 pandemic, she had experienced through friends and family how many health inequities existed. And health care wasn’t a brand-new frontier for Brewer; she ran retail pharmacies while she was with Walmart and Sam’s Club earlier in her career.

“I just felt like it was time for me to take everything I’ve learned and put it against one of the biggest problems I thought I was going to ever face in my life,” Brewer said.

Despite the challenges posed by the pandemic, Brewer sees leading Walgreens over the past year and a half as an opportunity. “You learn a lot in a crisis,” she said. “I quickly got a chance to see the company from the inside out. I’m actually falling in love with the company. It has so much opportunity to grow and in an industry that is just ripe for change.”