TIAA CEO Thasunda Brown Duckett’s father missed out on years of retirement savings. She wants to make sure yours doesn’t 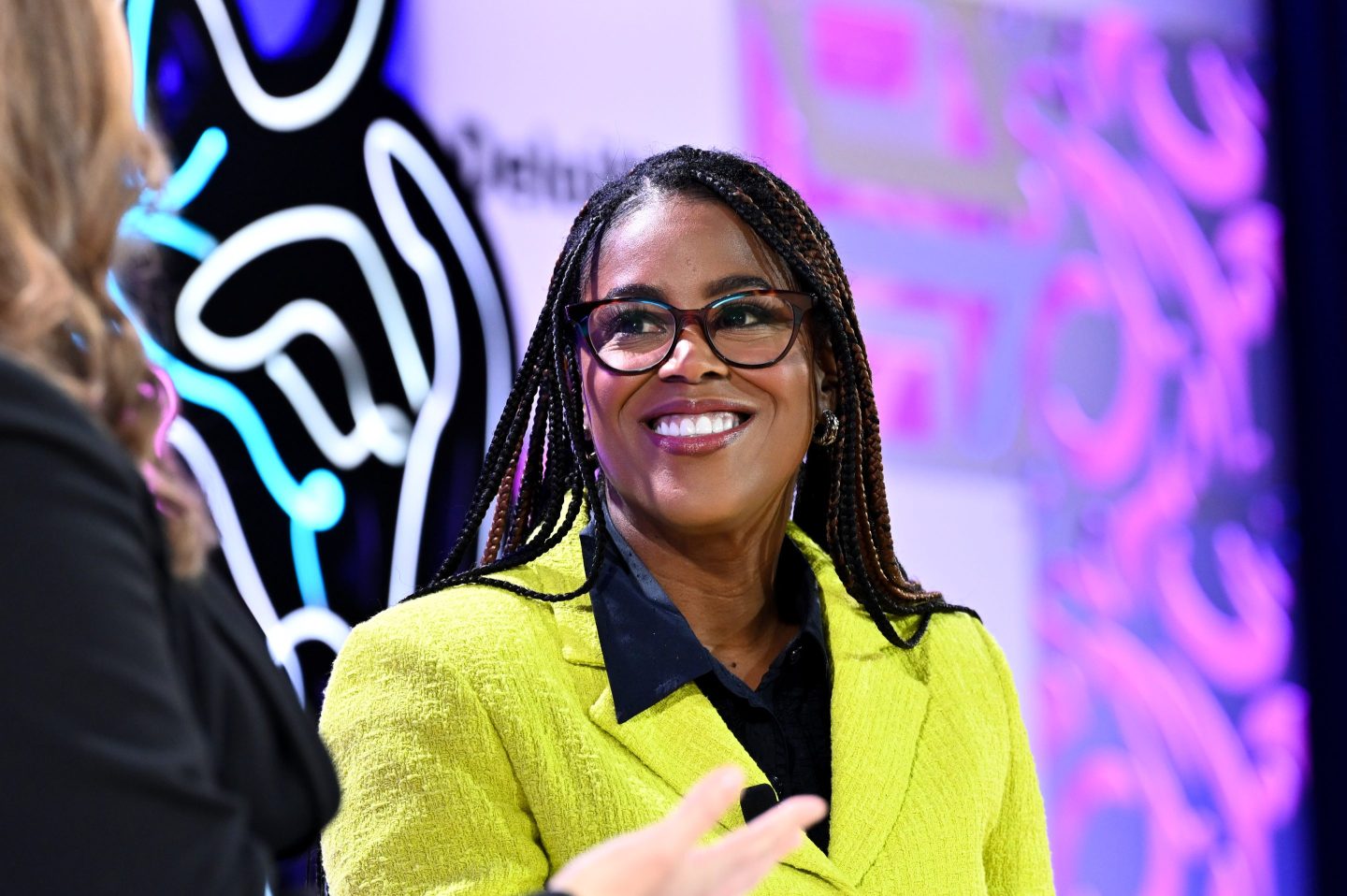 That was the refrain TIAA CEO Thasunda Brown Duckett opened with during a live interview at the Fortune Most Powerful Women Conference with Fortune’s Maria Aspan. Duckett said she envied herself for the “incredible people” she gets to work with, her company’s mission to help people secure their retirements, and the empowerment she has felt as its leader.

“I’m jealous of me because I get to make an impact, I get to sit at the table,” she said.

In her conversation Duckett, who is one of two Black women CEOs on the Fortune 500, touched on her upbringing with her parents Rosie and Otis, her predictions for a volatile economy, and the importance of closing the income and retirement gaps.

Duckett said her own commitment to helping ensure retirees get to truly enjoy their golden years stems from the experiences of her own father, Otis Brown, who never took advantage of his own company’s retirement plan beyond his pension. “The information his company was providing [about retirement benefits] didn’t connect with a man in the warehouse,” she says. Because her father’s experience meant he missed out on years of savings and interest, Duckett said, she reminds organizations to ensure that they communicate with all their employees about how to save for retirement—including reaching out to security guards and admins, not just executives.

Some 40% of Americans lack robust retirement plans, increasing their risk of ultimately running out of money during retirement—an issue that’s even more important given the current economic volatility. “The Fed has been very clear,” Duckett said: “It wants inflation down to 2%; currently it’s at 8.3%. A recession is looking likely. The question is, How long and how hard? We don’t know.”

As a company, TIAA is focused on what it can control, Duckett said. That means reaching out to the customers it serves and continuing to guide them through the oncoming financial tumult of a looming recession, by advising them to stay diversified and have access to guaranteed income.

She’s under no illusions about who will be harmed the most should her predictions of a recession prove accurate: women. She reminded the audience that women retire with 30% less than men because of the pay gap and a lack of access to financial planning resources throughout their careers.

Despite the issue of pay equity being systemic and beyond the reach of one executive or company, Duckett is clear-eyed about some of the solutions companies can take to ameliorate the situation. First, companies should “always be running the numbers and be okay with making any changes when there’s a discrepancy” in compensation between men and women, she told the MPW Summit audience. Next, leaders have to evaluate their benefits packages to understand, “Are people taking advantage of the benefits? What are the outcomes that these benefits are yielding?” When making those assessments, companies need to disaggregate the data to ensure they’re aware of exactly who is making use of the benefits, so that people like her father don’t slip through the cracks.

Despite the challenges posed by the economic uncertainty and income inequality, Duckett was optimistic when asked what she hopes to be talking about at next year’s conference: