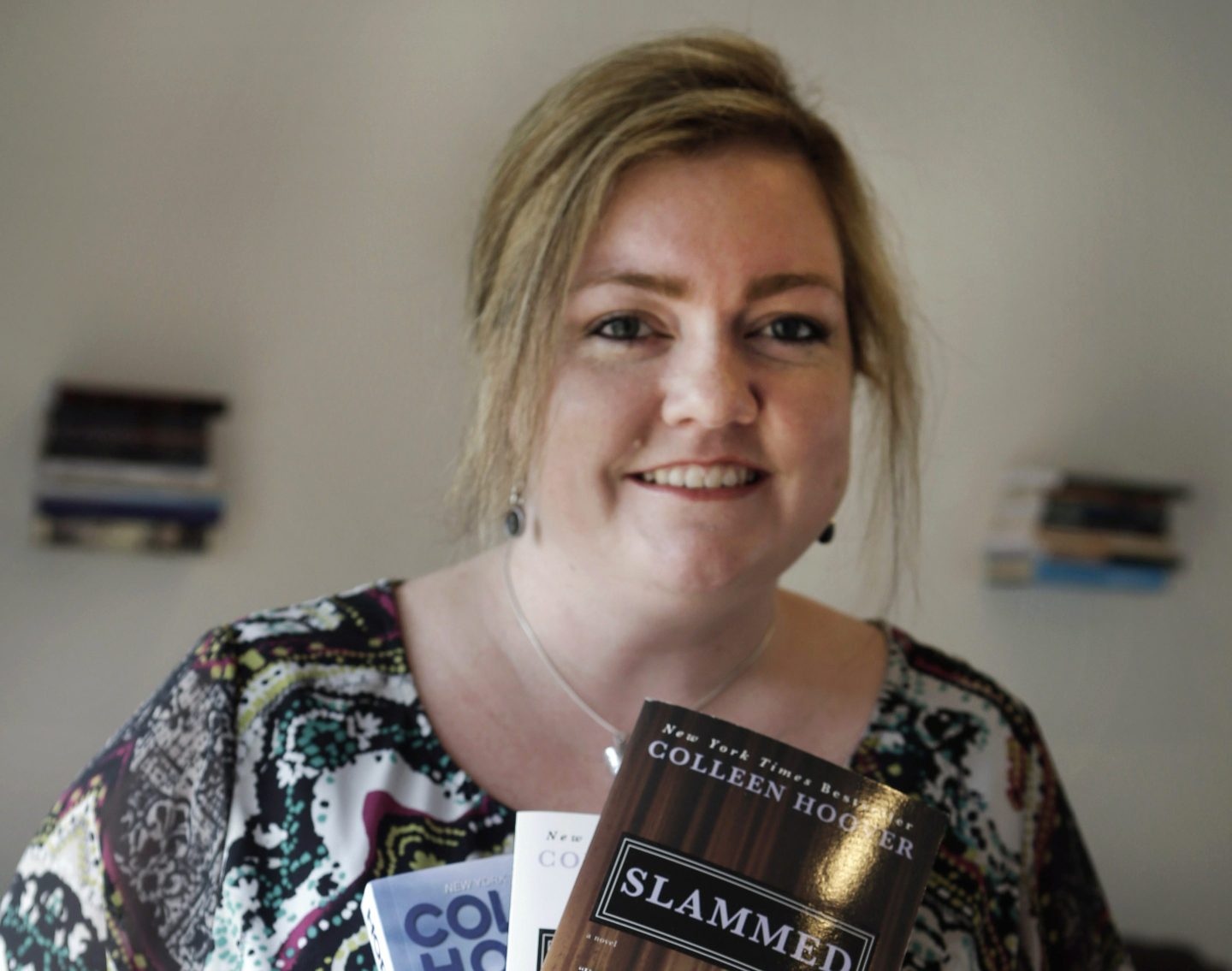 You don’t have to scroll far on TikTok before stumbling across a pastel pink book featuring a sprig of lilies. Beloved by the #BookTok community, the 2016 novel It Ends With Us, by Colleen Hoover, has been No. 1 on the New York Times paperback fiction bestseller list for 74 weeks straight.

With 1.1 million TikTok followers and 20 million books sold, Hoover has catapulted into fame and stayed on top, writes Alexandra Alter in a New York Times profile on the author this week. Alter chronicled Hoover’s rise from social worker earning $9 an hour and living in a trailer to bestselling author with six books dominating the Times’ top 10 bestselling fiction paperbacks.

But that doesn’t mean that Hoover feels secure in her success. She confided to Alter that she has “the worst case of impostor syndrome in the world.”

“I read other people’s books, and I’m so envious. I’m thinking, ‘Oh, my God, these are so much better, why are mine selling the way they are?’” she continued, attributing her success to her fan base. She added, “It’s not me. The readers are controlling what is selling right now.”

What’s stunning about Hoover’s success, Alter points out, is the fact that many of her bestsellers were published years ago. While she already had an established fan base, the popularity of TikTok during quarantine made Hoover one of the most talked about names among readers, many of whom were discovering her for the first time.

But Hoover should give herself more credit for her rise on bookshelves. Her feelings of inadequacy are common among high achievers, especially women and people of color.

The James Pattersons of the world escape impostor syndrome

The feeling that you haven’t earned your success was first identified in 1978 by therapists Pauline Clance and Suzanne Imes. It’s easier to feel like an impostor when you don’t see anyone who looks like you or shares a similar background reaching the same level of acclaim, clinical psychologist Emily Hu told the BBC.

Research finds that women, especially those of color, are more likely to experience impostor syndrome in workplaces or environments that esteem values like “brilliance.”

“It’s much harder to come up with examples in popular culture of women, particularly women of color, who, like a Sherlock Holmes or a Dr. House, have that kind of special raw brilliance,” Sarah-Jane Leslie, a philosophy professor and coauthor of the study, told Science.

It means that impostor syndrome isn’t as much as an individual problem as it is tied to a lack of representation, a sign of larger systemic issues. Ruchika Tulshyan and Jodi-Ann Burey write in the Harvard Business Review that “systemic racism, classism, xenophobia, and other biases” weren’t taken into consideration during the development of impostor syndrome as a concept.

While she is a white woman, Hoover is writing within a sea of James Pattersons and other white men who have been dominating bestseller categories for centuries. Publishing is an especially non-diverse and white field, and Hoover’s genre—books by women written for women—has long been belittled or seen as not as worthy of critical praise. Research shows they’re often read less by men, too.

Even though Hoover is an undeniable success story, it’s no surprise that she’s feeling a bit like a fish out of water—she’s working within a canon that has a long history of only upholding white male authors as geniuses.