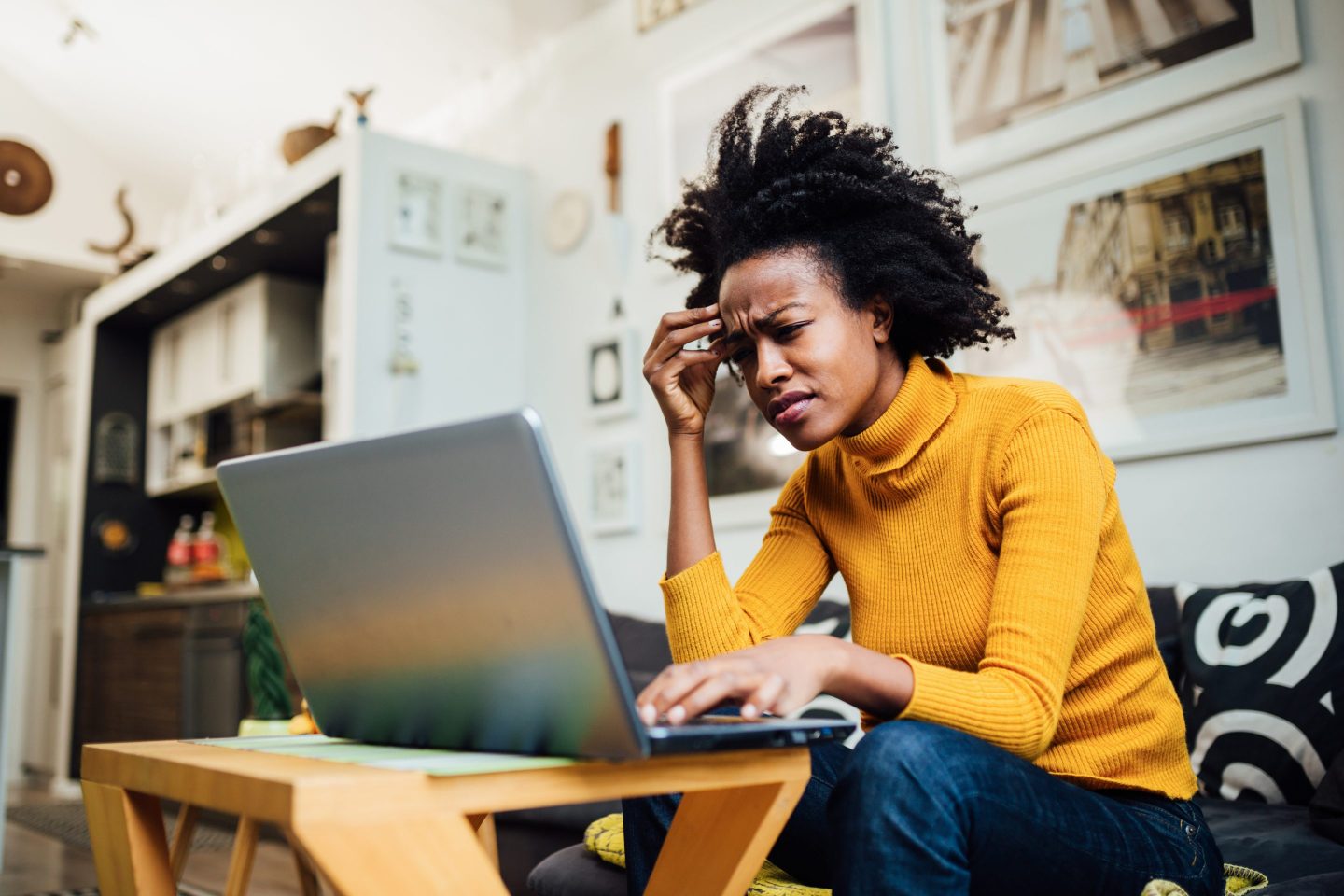 Remote workers are more anxious about money than their hybrid or in-office peers.
Getty Images

Remote employees seem to have it made: They can avoid in-person small talk, work from the sofa instead of a cubicle, and skip the office bathroom. But like candy corn or a fondant cake, remote work isn’t always as good as it looks.

More than half (55%) of remote employees are highly anxious about their finances, according to a recent survey conducted by MetLife, which interviewed 1,000 full-time workers. That’s more than fully in-person or hybrid employees, 46% of whom feel similarly.

For remote workers, the stress is becoming too much to handle. A slight majority (53%) predicted they’ll be at a financial “breaking point” soon. Only 41% of hybrid and in-person workers say the same.

Part of the issue is benefit selection, when employees are deciding headache-inducing things like how much to contribute to their 401(k) plan and what health insurance plan has the best deductible. MetLife found that remote workers spend more time stressing about their benefits than their on-site or hybrid peers.

That might be because they’re dealing with enrollment by themselves, without someone to talk to in person who can explain what such benefits mean. Such conversations could be more confusing over Zoom or Slack. Many noted to MetLife that if they understood the whole enrollment process they’d feel more financially secure.

“During open enrollment, employees have to make decisions on a wide range of benefits, yet on average, people spend 17 or 18 minutes going through open enrollment,” Mona Zielke, senior operations and claim executive at Voya, told Fortune in February, pointing out that people usually take more time deciding what show to watch.

But they’re also worried about what will happen to them if the economy takes a turn for the worst. Rumblings of economic instability and continuous layoffs have sparked concerns that remote workers will be on the chopping block: 78% of workers in the U.S. fear that remote workers are more likely to lose their jobs if a recession comes, according to GoodHire’s second annual State of Remote Work report.

Their concerns about being out of sight, out of mind aren’t coming from nowhere in a workplace where proximity bias still exists; six in 10 managers told Beautiful.AI that they’ll lay off remote workers first in a recession. But it’s worth noting that while layoffs are playing out at big tech companies, job openings are still high, and despite the headlines, there aren’t major signs of mass layoffs coming soon.

If a recession does hit, remote workers will all be in different ships depending on what industry they work in. But even so, many remote employees have the skills that are often in high demand these days, making it slightly easier to find themselves back on their feet if their fears of layoffs are true.

“They have those digital skills as often because that’s what enables them to do their jobs remotely,” Layla O’Kane, senior economist at Lightcast, told Fortune. “And they often have to work harder in communication and collaboration because they are working remotely.”

Even so, whether it’s benefit selection or anxieties about impending layoffs, remote workers are squirming a bit on their couches.