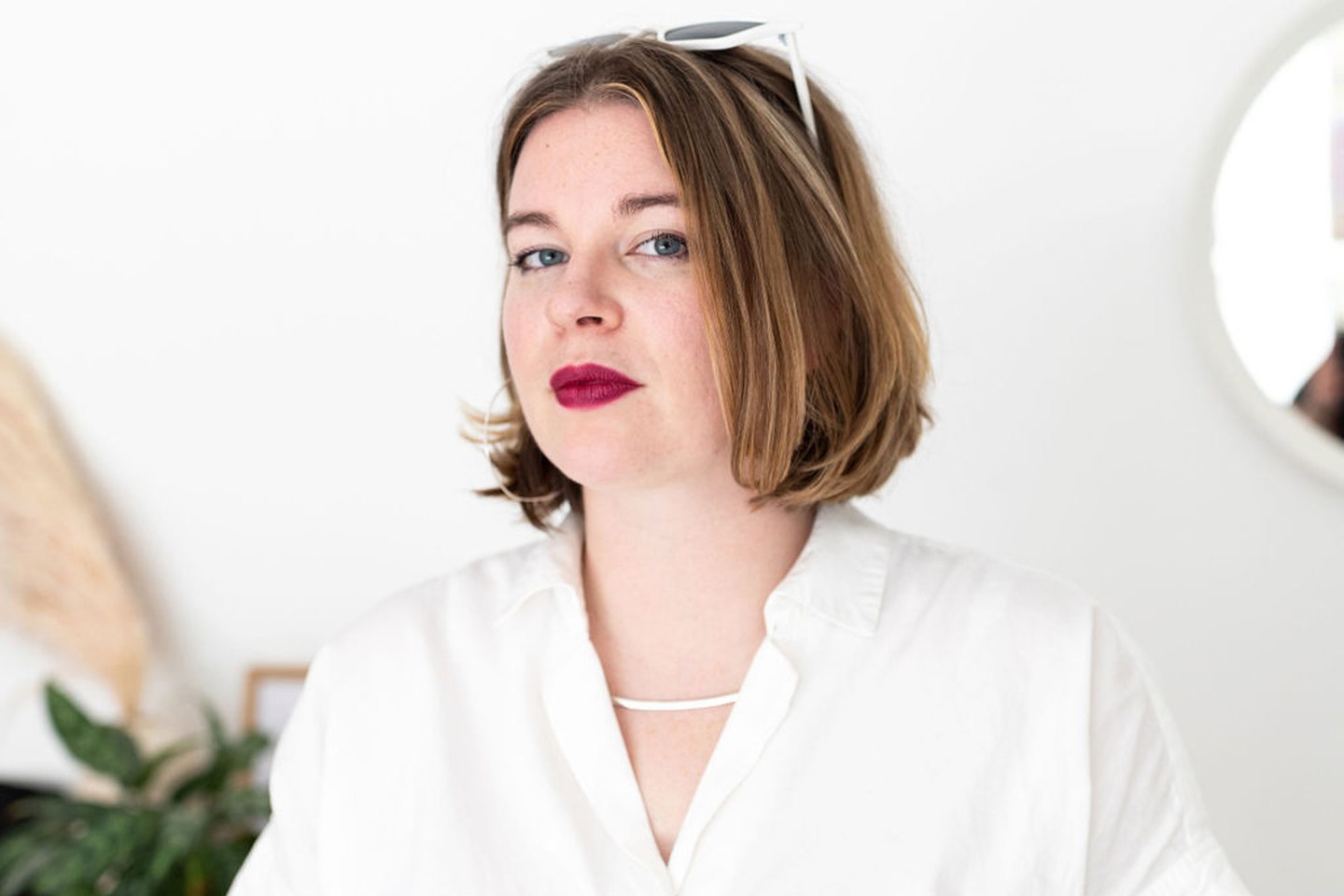 When Tori Dunlap asks women why they don’t invest, their answer is almost always fear—fear of getting started, fear of losing money, fear of making a mistake.

“That fear is a narrative that investing is harder, intimidating, or just for men,” she told Fortune. “And of course, none of those things are true. But we’re told those narratives to prevent us from learning more about how to invest. And investing is our most powerful form of wealth building.”

Dunlap, 28, is the founder and CEO of Her First $100K, a financial education platform for women. Dunlap’s also the host of a business podcast, hosts virtual workshops, and has a book coming out in December titled, Financial Feminist.

To her two million followers on TikTok, she’s known as the woman “fighting the patriarchy by making you rich.”

Everything she does, Dunlap says, is geared toward helping women find financial freedom, whether that’s teaching how to invest, giving tips on preparing for a recession, or using credit cards responsibly—sometimes while wearing a “smash the patriarchy” t-shirt.

“I don’t believe we have any sort of equality for any marginalized group until we have financial equality,” she said. “And I saw that in my own life. I saw I could leave toxic situations when I had money.”

A “no shame” approach to financial education

Dunlap set a goal for herself: save $100,000 by age 25—and she said she did it with a few months to spare (her company’s name comes from the milestone). She quit her corporate job, and turned her side-hustle—a blog that she’d started while working to document her journey—into a business.

“I was coming into adulthood and then to womanhood in America, a different America than I think we all thought,” she said. “I was trying to figure out what kind of person do I want to be? What do I want to stand for? In my personal life, in my own individual experience, I was realizing that I had more choices when I had money.”

Since creating her business, she says she’s reached four million people via social media and her podcast (95% of those people are women). And last year, she said, the business grossed $3.4 million in revenue.

Still, Dunlap credits her parents for their help and the financial habits they’ve instilled in her. She said being able to save money so early in her life had a lot to do with her graduating college debt-free. She was able to do so partly because of her parent’s financial help, her personal savings, and scholarships. But she also worked multiple jobs during college, and she set up automatic transfers from her checking account to her savings every month—she called it “saving on autopilot.” Dunlap also opened a Roth IRA (an individual retirement account) at 22 and tried to max it out every year.

Although Dunlap said her business was already successful before she started creating content on TikTok in 2020, she knows that her social media presence has propelled it even further. But it can sometimes be a double-edged sword.

“TikTok is so incredibly important to our business,” Dunlap said. “However, there’s so many people that still don’t take us seriously.”

She continued, “We’ve had to show our legitimacy through other ways, [like] through the podcast or through the book.”

Nonetheless, the focus on social media has helped her reach audiences, like Gen Zers, who she didn’t initially think would be interested. And that could be because her content goes beyond what may be considered “typical” financial advice, like her thoughts on financial red flags in relationships and whether to combine finances with a partner.

Her business, podcast, and TikToks are all about a “no shame” approach, something she says the financial world is lacking.

“Most of the financial advice up to this point that has gone mainstream—Dave Ramsey, Suze Orman—has all been extremely shaming and judgmental and does not acknowledge systemic oppression whatsoever,” Dunlap said, referring to other financial gurus.

She added: “So the reason you’re not rich is because you don’t work hard enough, right? That’s the narrative.”

There are many factors that a person can’t control: gender, race, sexual orientation, Dunlap said They can impact a person’s finances more than other personal choices, she said. And that’s why she said she wanted to start her business, to give women the resources they need to improve their financial skills.

Dunlap’s website includes a money quiz that helps provide users with personalized financial plans and resources—some free and some not—to help users achieve their goals. She said the average cost for those tools is around $50, but some are as low as $15.

Dunlap’s key advice: automate everything you can. That means setting up automatic transfers from checking accounts to savings accounts, automatic 401k contributions, autopay for bills and credit card statements. But besides that, Dunlap said to be patient because not everyone knows how to best manage their finances and that learning takes time.

She said money is power—and if women are able to better their finances, they can help others along the way. But that doesn’t mean they have to give up what they love, she said, adding that she spends a lot on one thing she loves in particular.

“I love really good food,” Dunlap said. “That’s where the majority of my money goes, trying all of the restaurants I can.”

Last year, Dunlap was standing outside of a museum in Florence and heard someone yelling her name. She said it sounded like they’d known her forever. The woman came up to her and told her that she was able to leave an abusive relationship because of Dunlap’s advice; she says they’re still in touch.