Inside Norwegian Cruise Line’s luxury quarters within ‘The Haven’ 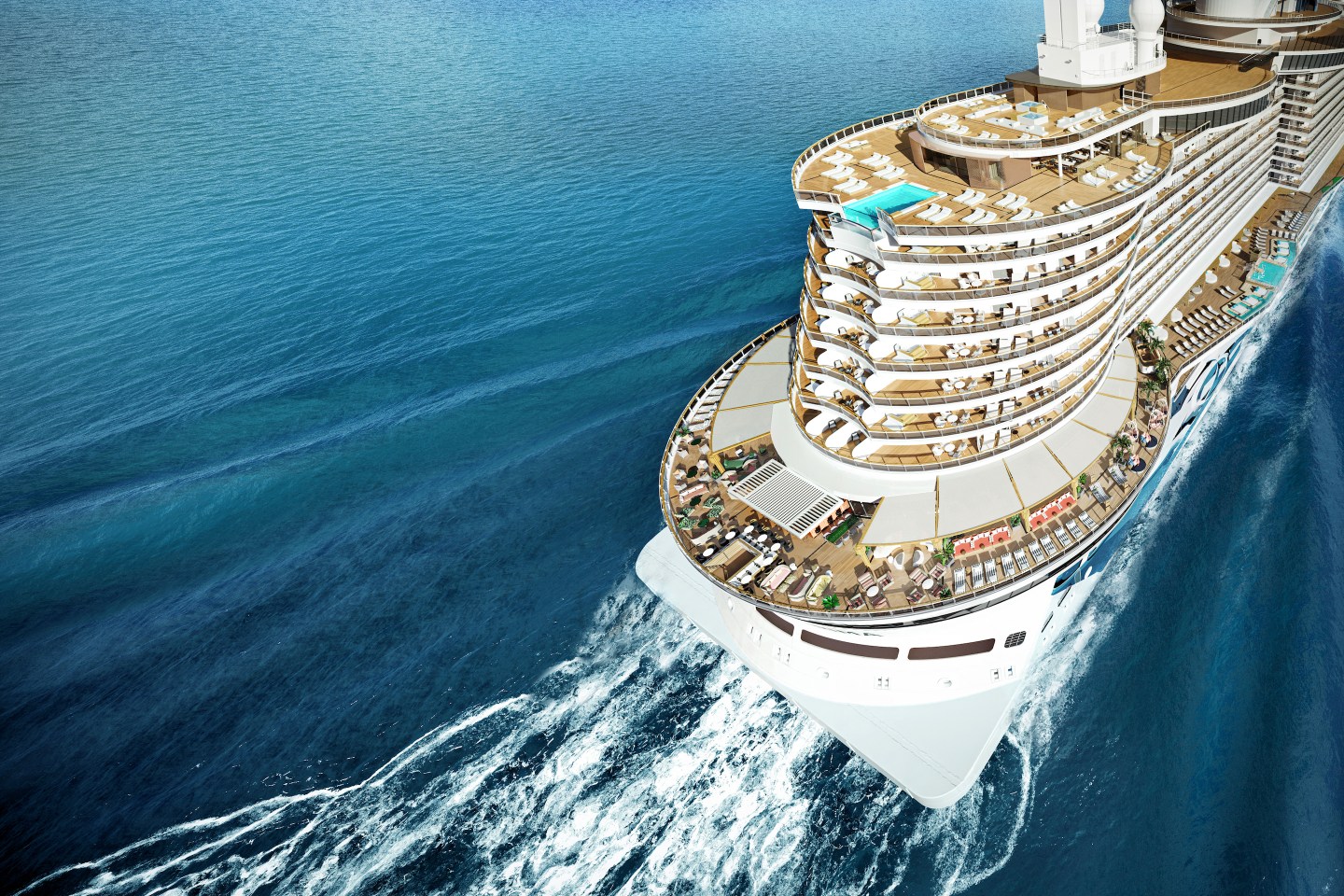 Completed in 2022, the Norwegian Prima can welcome upwards of 3,100 guests.
Courtesy of Norwegian Cruise Line

Many travelers have been flocking back to cruises this year—some experienced cruisers, and others first-timers. And since the pandemic and getting back out in the world, many travelers have shown with their dollars that they are willing to splurge.

Norwegian Cruise Line upped its game among luxury cruise competitors with The Haven, which doesn’t consist of just better staterooms, but a fully upgraded end-to-end experience from boarding to disembarking.

The Norwegian Prima is the first of six Prima Class ships to be delivered from 2022 through 2027.
Courtesy of Norwegian Cruise Line

Guests in The Haven can cherish their exclusivity before even getting to their suites, which are sealed off from other staterooms on the desk with an electronically locked door that opens with a key card. Behind those doors, the hallways are lined with dark wooden panels and mood lighting reminiscent of an urban luxury hotel—and that’s by design.

NCL president and chief executive officer Harry Sommer recalled when NCL went to the designers, the company wanted a cruise ship doesn’t “depreciate,” one that resembles “a high-end, beautiful hotel, or even a residential type of area.”

Inside one of the Haven staterooms on the Norwegian Prima.
Courtesy of Norwegian Cruise Line

“We use a lot of different architects to design the space, and they all have different visions, and then you try to do your best to make sure that when you’re leaving one room that an architect designed, and then go into the next room that a different architect designed that there’s some continuity that doesn’t feel like you’re in two different places,” Sommer explained during a media briefing in New York City earlier this month. “So I think there’s there’s a couple of rooms where we do a better job with those transitions.”

Going forward, guests can expect a consistent experience across the Prima class of ships as they roll out—with a few surprises, of course.
Courtesy of Norwegian Cruise Line

Completed this year, NCL’s newest ship, the Prima, measures 965 feet (294 meters) from aft to forward, hosting over 3,100 guests at double occupancy with more than 1,500 crew members. The first of a new class of six ships from NCL set to roll out from 2022 to 2027, NCL touts the Prima as pushing the boundaries on cruise design, service, and sustainability.

NCL assembled a consortium of prominent design firms for the Prima class, including Piero Lissoni, Rockwell Group, SMC Design, and Studio Dado. The cruise operator also invested more than $6 million on art, with pieces from more than 50 world-renowned artists, which are curated and spread throughout the ship in various lounges, hallways, and even an outdoor sculpture garden.

Some of these opulent penthouses are designed to be a romantic hideaway ideal for two.
Courtesy of Norwegian Cruise Line

Staterooms in The Haven are considerably larger, with dedicated living and bar areas, separated bedrooms, bathrooms large enough to fit a tub, at least double the amount of deck space. Guests have dedicated concierges for accessing anything they might need as well as assistance with making reservations at one of the specialty restaurants, shore excursions, or one of the ship’s entertainment programs, such as an off-Broadway musical or an improv comedy show.

The cocktail bar within the The Haven lounge.
Courtesy of Norwegian Cruise Line

The Haven is also especially appealing for digital nomads—and that’s not just for the extra living space in the rooms (as well as Wi-Fi throughout the ship). Guests in The Haven have access to a special lounge, with its own bar and restaurant, but also plenty of couches and quiet space to get work done. The Haven lounge also has its own private sun deck at the aft of the ship with an infinity pool.

Sommer also told reporters that The Haven has opened up NCL to more “multi-generational travel.”

“I think it appeals to a slightly different demographic, a slightly more affluent demographic, and to some extent, a slightly older demographic,” Sommer said, describing how customers in these suites will often want to bring their children and grandchildren, but are hard-pressed to find a suitable experience that offers both a family-friendly time with an upscale brand. “So here you get the best of both worlds, where the more affluent get the concierge, key card access, a private restaurant, their own pool, but their children and grandchildren” can visit the water slides and the three-story race track.

Sustainability is no longer just a metric or a goal for the likes of small, science-focused expedition cruises anymore. Cruise operators—large or small, budget or luxury—have gotten onboard with remodeling their ships or building them from the sea up to be more friendly to the environment and the natural ecosystems of their destinations.

Inside the Metropolitan Bar on the Norwegian Prima.
Courtesy of Norwegian Cruise Line

Of course, when you’re on a cruise, there’s some fun to be had, and there can be fun while promoting sustainability, too.

Case in point, NCL boasts that the Prima will host the first sustainable cocktail bar at sea. The Metropolitan Bar is a concept space that uses food scraps to make its own liqueurs and syrups to go into specialty cocktails. The drinks menu includes the “Primadonna,” which looks like an Old Fashioned but is made with Flor de Caña ECO rum, homemade banana peel syrup, walnut bitters, and orange peel; and the Sustainable Spritz, which resembles an Aperol Spritz but is made with rosemary stem-infused vodka, surplus champagne, soda water, and half an orange wheel.

Among some of the ship’s most notable sustainability features: The onboard food digesters use air, water, and microbiology to safely turn food waste into liquid, reducing overall food waste. And for onboard water production, evaporators and reverse osmosis plants use seawater as the source, reducing the need for the bunkering of fresh water. The ballast water treatment system was designed to ensure no invasive species are inadvertently introduced into new waters.

All in all, NCL has a goal to have zero greenhouse gas emissions by 2050, which Sommer acknowledged is an “an aggressive path forward.”

“But we absolutely plan to keep to that and work towards it,” Sommer said. He identified two “promising” areas that NCL is looking at to make this happen. First is biodiesel fuel, which NCL is already testing on some ships within its fleet now, and is already compatible with fuel tanks and engines onboard. Biodiesel is more widely available in Europe, although, as Sommer noted, it’s mostly used by trucking companies.

The exterior of the Prima, with a view of ‘The Drop,’ a multi-story freefall slide.
Courtesy of Norwegian Cruise Line

The second area is methanol; Sommer said NCL is looking to do tests on select ships but also looking forward into building ships with methanol support from day one rather than have to convert existing engineering later. Sommer added NCL has been looking into hydrogen fuel, but there’s not enough of a readily green supply available. He said he expects more progress on this front in the later half of the decade going into the 2030s.

“We can be on track to do that,” Sommer said, “with the technology that’s either exists today or seems to be on the cusp of being available on a commercial basis for cruise ships.”