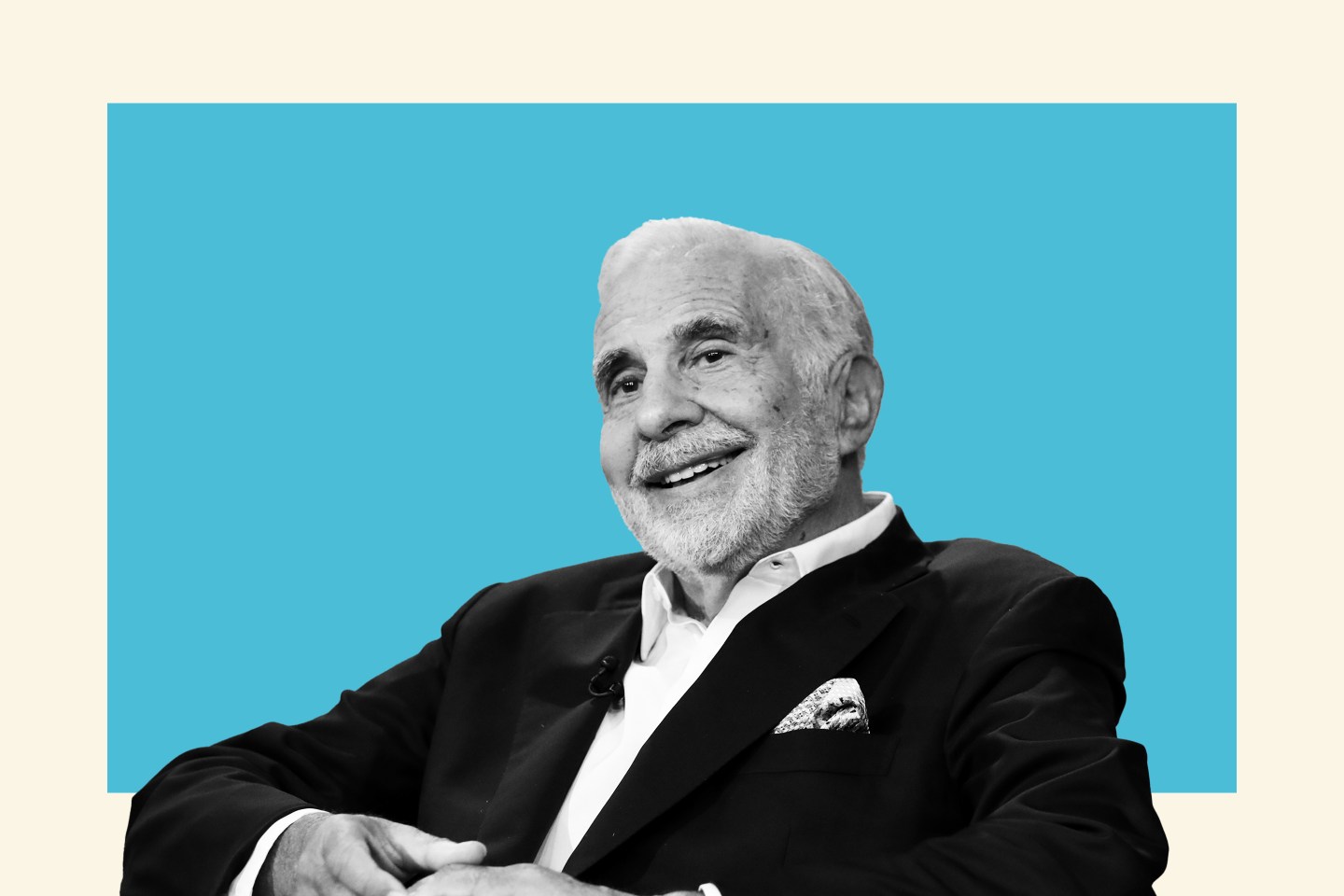 Sitting at my Fortune desk in downtown Manhattan in early October, I got a call-back from Carl Icahn, who was traveling by car—Carl was being driven—to his headquarters in an office tower overlooking the Atlantic and Biscayne Bay north of Miami. I’d called Icahn to ask about the report that Icahn Enterprises, the combination hedge fund and industrial holding outfit where he controls almost 90% of the shares, scored a big win when Elon Musk did a sudden about-face by ending his campaign to scrap his agreement to buy Twitter, and agreeing to pay the full price of $54.20 a share. On that news, Twitter bounced from $42 to as high as $52, after spending most of the summer in the mid-to-high $30s.

So Carl, I asked, did you really take a secret stake of $500 million, and just garner a $250 million gain in a matter of months?

“I don’t talk about our positions, but I do not deny it,” replied the multi-billionaire in his trademark, Bronx-bred twang. “We bought about half a billion in shares at $36 or $37. For me, it was kind of an instinctive thing. It was like seeing the forest not just the trees. You want to reduce the analysis down to one or two things. In this case, it was obvious.” Why so? “On a risk-reward basis, buying the Twitter shares looked like a great deal. We talked to some lawyers. The Delaware Court of Chancery is very strong on enforcing merger contracts. We thought Musk had only a small chance of winning.” Put simply, Icahn saw that the probability of giant gains far outweighed the relatively remote chance of suffering a loss.

In fact, Icahn figured that the potential downside wasn’t nearly as bad as many on Wall Street predicted. A number of analysts and pundits forecast that if Musk won, Twitter would collapse into the mid-to-low $20s range, and stay here. “I didn’t think it would go much lower then the mid-$30s,” Icahn explains. “Even if it went lower for a while, I thought it would bounce back to that level.” Icahn is still holding all of his shares, and expects that Musk will close the deal a the original price of $54.20.

Icahn thinks that Musk wanted to buy Twitter all along. “Maybe some lawyers convinced him he could get a haircut,” he says. “He’s like a guy with $10 million who really wants a sports car, so in the end he doesn’t dicker over a few grand. So I think Musk just said, ‘To hell with it, I won’t fight this anymore.'” In fact, Icahn believes that Musk will transform the beaten-down property into a winner. “I don’t know him, but he’s a smart guy. It’s a great platform and though it didn’t look that way, he wanted it. I think he’ll be successful running it. It’s a great deal for him.”

On Wall Street, that’s the minority position. But Carl Icahn is the smartest of smart guys. And, he concluded, “If the richest man in the world wants something he’s generally going to get it.”