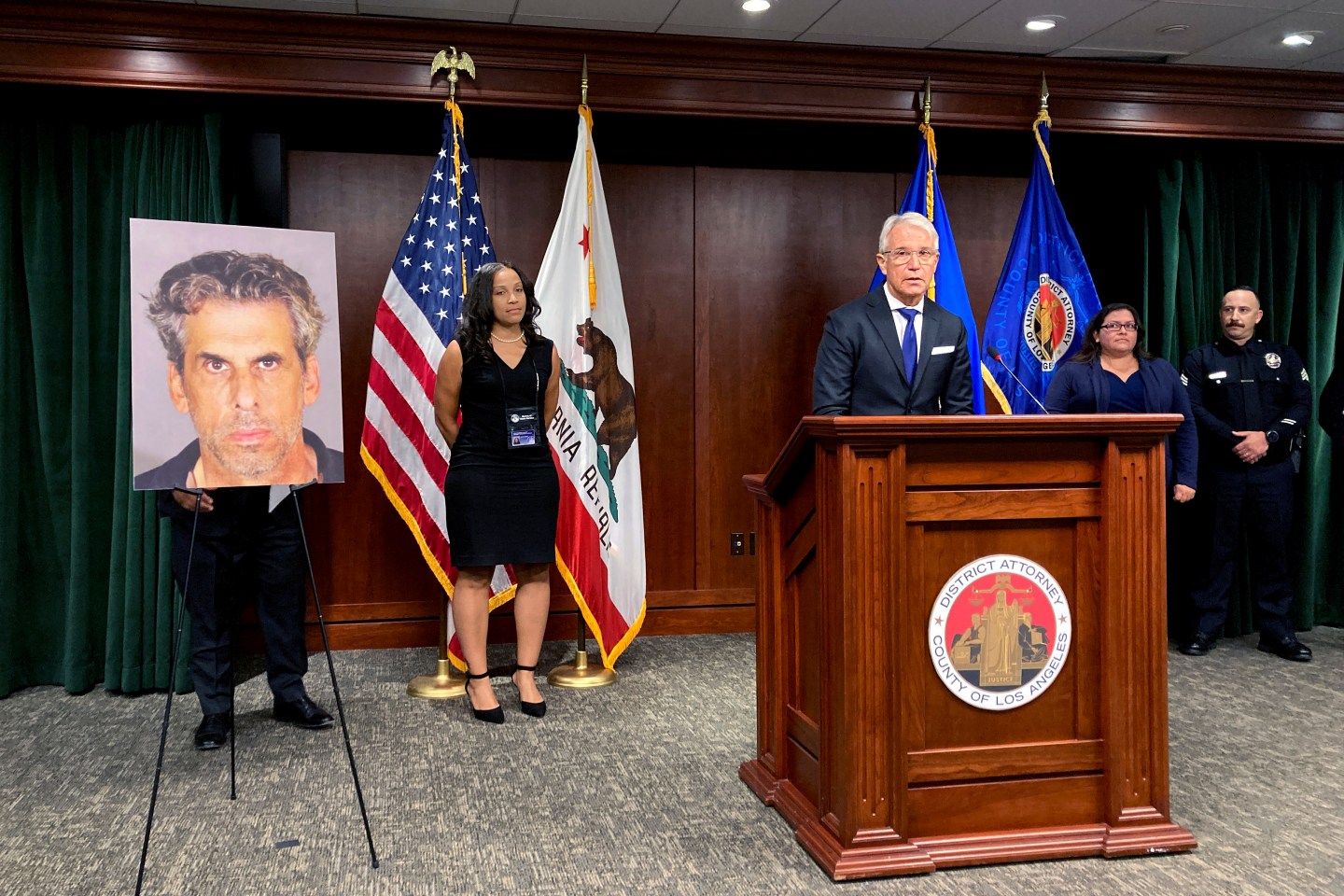 Eric Weinberg, an executive producer and writer for the hit TV show “Scrubs” and many others, has been charged with sexually assaulting five women that he lured to photo shoots and there could be many more victims, Los Angeles County prosecutors announced Wednesday.

Weinberg, 62, was arrested Tuesday, nearly a week after he was charged with 18 felony counts including rape, oral copulation, forcible sexual penetration, sexual battery by restraint, false imprisonment by use of violence, assault by means of force likely to cause great bodily injury and attempted forcible penetration with a foreign object, according to the district attorney’s office.

He was released that day on a $5 million bond. His arraignment was scheduled for Oct. 25.

An email to an agent for Weinberg seeking comment wasn’t immediately returned.

Weinberg was charged for alleged attacks between 2014 and 2019, but investigators say they believe there may be other victims of assaults dating back to the 1990s, District Attorney George Gascón said at a news conference.

He urged them to come forward.

“The defendant relied on his Hollywood credentials to lure young women for photo shoots where he allegedly sexually assaulted them,” Gascón said. “Power and influence can corrupt some to hurt others, that often leads to a lifetime of trauma for those who are victimized.”

LAPD Detective Ryan Lamar said investigators were looking into information received from a tip line regarding possible other assaults by Weinberg.

Weinberg was co-executive producer on nearly 100 episodes of the NBC hospital dramedy “Scrubs” between 2000 and 2006 and also wrote nearly a dozen episodes, according to the IMDB website.

He also was co-executive producer for “Californication” in 2007 and had producing and writing credits on other shows, including “Anger Management,” “Men at Work,” “Veronica’s Closet” and “Politically Incorrect with Bill Maher.”

In 2020, documents filed in Weinberg’s divorce and child custody proceedings included allegations by three women that he sexually assaulted them during photo shoots, the Los Angeles Times reported.

One woman alleged that she met Weinberg at a North Hollywood coffee shop in 2014 when she was 22 and he convinced her to come to a photo shoot at his home where she stripped to her underwear. The woman alleged that while taking photos, Weinberg grabbed her, forced to perform oral sex, choked her and then raped her, according to documents cited by the Times.