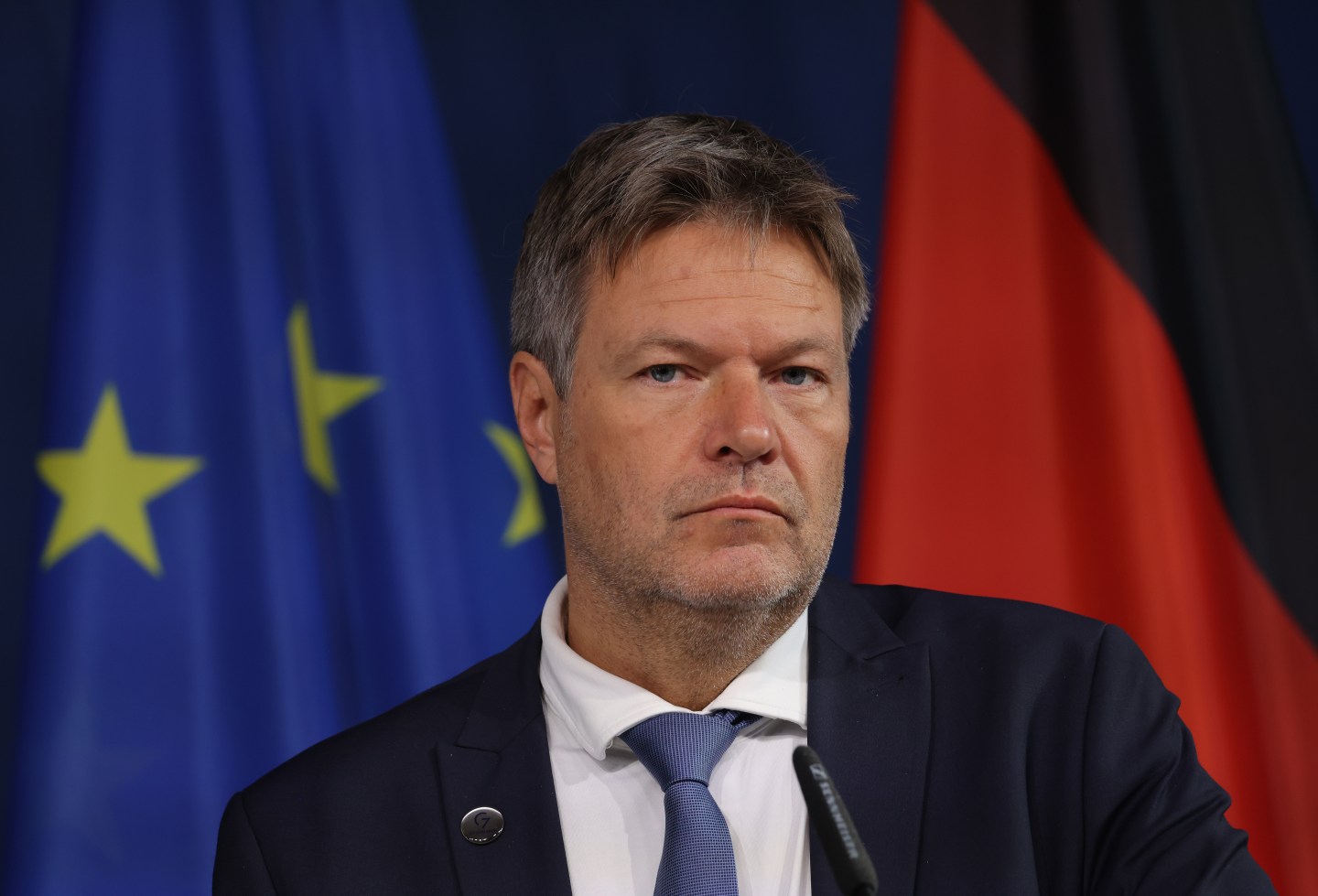 A mounting energy crisis in Europe is starting to strain relations between traditional allies.

Germany, which prior to the Ukraine war tapped Russia for 55% of its gas supplies, is in a particularly perilous position, and a top government official is urging friendly nations like the U.S. and others to do more.

In an interview Wednesday with local outlet NOZ, German economic minister Robert Habeck called on both the U.S. and the European Union to provide more “solidarity” to vulnerable countries and help curb soaring gas prices.

“Some countries, including friendly ones, can achieve astronomical [natural gas] prices. Of course, that brings with it problems that we have to talk about,” he said.

Winter isn’t here yet, but the European energy crisis is already starting to take its toll.

Utility bills have tripled in many places, and high energy prices are forcing factories to furlough workers and slow production. And in Germany, after years as Europe’s economic leader, the crisis is becoming especially dire.

The German government plans to borrow €200 billion ($197 billion) so it can subsidize soaring utility bills for households and businesses and has already bailed out major energy companies that are unable to keep up with rising prices. And the prospect of a colder than average winter in Europe creates even more uncertainty over how much natural gas Germany will actually need, raising the likelihood of energy rationing.

As a result, Germany’s government is urging allies for more support.

In his interview on Wednesday with NOZ, Habeck pressured Germany’s European Union neighbors to step up efforts to keep natural gas prices down, noting their “enormous” market power. He said the EU bloc should “pool its market power and orchestrate smart and synchronized purchasing so that individual EU countries do not outbid each other and drive up world market prices.”

Habeck also recalled how Germany acted in solidarity with the Western world in March by releasing 60 million barrels of oil from its own strategic reserves to reduce soaring global oil prices immediately after the Ukraine war began.

“We are making a contribution to the international concert. In times like these it is important to act as one,” Habeck said of the decision at the time.

In his interview with NOZ, he appealed directly to Washington by saying that “such solidarity would also be good for curbing gas prices” in the future.

Since Russia began cutting natural gas flows to Europe earlier this year, the U.S. has become one of the continent’s main suppliers, shipping thousands of tons of liquefied natural gas to the continent daily. Nearly 60% of U.S. natural gas exports in August went to Europe, according to commodities data firm Vortexa, up from a 19% share in August 2021.

With global natural gas supply shortages and high demand, the profits of U.S. energy companies have soared. Earlier this year, those companies were slow to increase production owing to uncertainty that demand would remain high.

But with natural gas supply from Russia likely to continue shrinking, European demand for U.S. liquefied natural gas shipments is expected to remain high. U.S. oil and gas companies have pledged to increase production, which is now projected to grow by 4% by March 2023 compared with last winter’s production levels, according to a report this week by the Natural Gas Supply Association.

However, natural gas is likely to remain in short supply globally for most of 2023, the International Energy Agency warned this week.