Having an ESG strategy is now a competitive business advantage 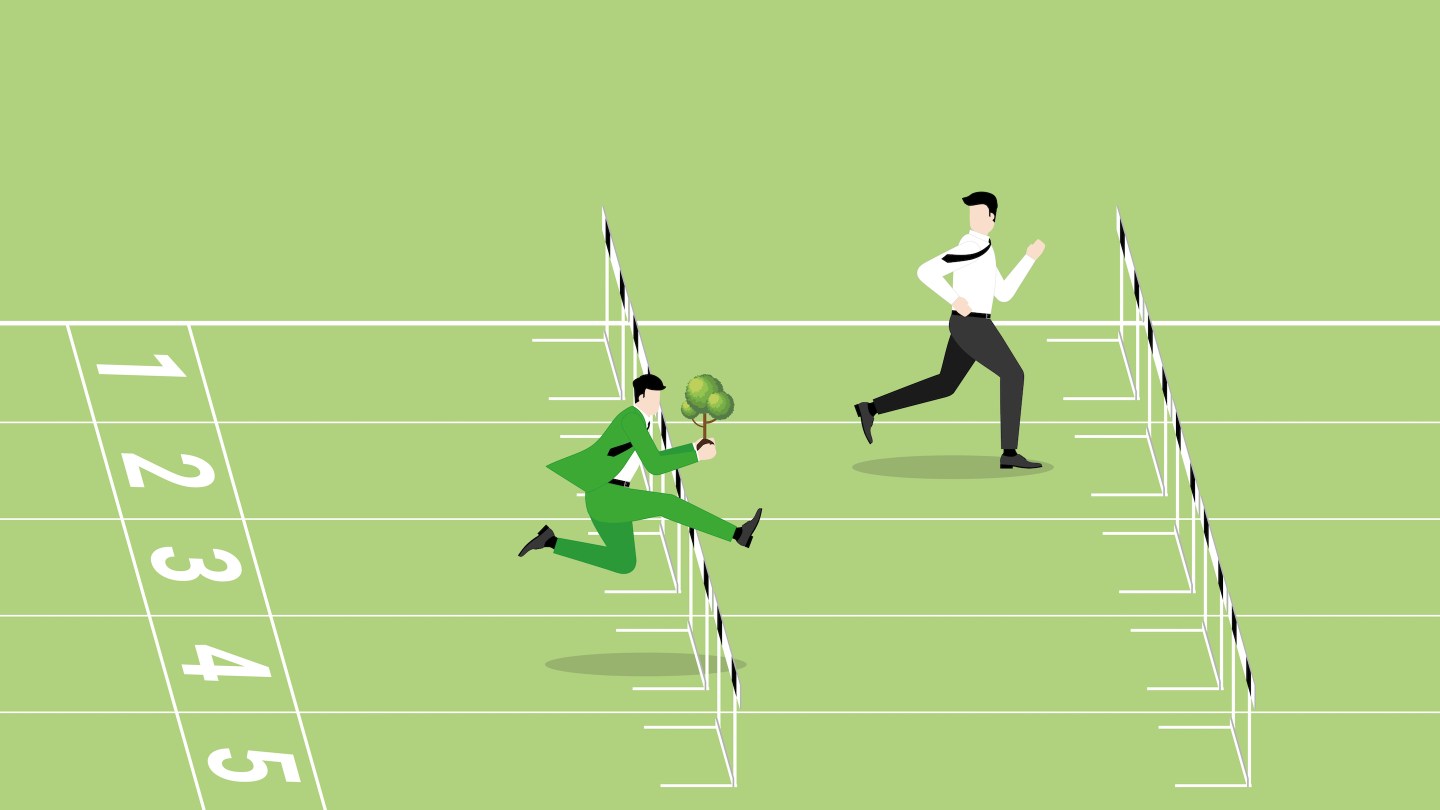 Regulatory changes, political backlash, and a possible recession won’t stop companies from doggedly pursuing their environmental, social, and governance goals. That’s because while ESG goals might have originally been viewed as burdensome, many leaders now realize that making strides in this area will give them a competitive advantage. And ignoring these goals would be short sighted and could spell doom for modern companies.

In fact, it’s pursuing these goals amid hurdles that fosters creative solutions, according to Leon de Bruyn, chief executive officer of Lummus Technology.

“I believe personally that it is nurturing innovation. Either way, we strategically invested in these times to create a competitive advantage to help our customers serve their customers with a carbon footprint,” he said during a virtual forum about climate change, hosted by Fortune, on Tuesday. “This is a time when innovation matters, and as long as we can fund it, it’s going to lead to some breakthroughs.”

One example of that innovation came during the pandemic when many companies transitioned to remote work, later realizing eliminating the need for employees to commute was lowering their carbon footprints.

Peggy Johnson, CEO at Magic Leap, said that during the pandemic lockdown, her teams began using virtual reality solutions to collaborate and, in an interesting twist, to repair machines at remote facilities, including one in Guadalajara, for example.

“Some machines just require an expert to help, and often that expert is a continent away,” she said. “So instead of them jumping on a plane and flying hours to arrive at the facility, he or she can just view on their device what the frontline worker is seeing and talk them through bringing some offline piece of machinery back online.”

“Much of our consumables are refrigerated, and we invested millions of dollars over the last number of years and actually developed paper-based coolers that we’re now effectively disseminating across other industries. We didn’t do it for a for-profit motive. We just didn’t want to use Styrofoam anymore,” Casper said. “And you know, we’re a company where we can afford it. The industry allows for it, and customers super value it because, literally, you can put it into your cardboard recycling at the end of the day, but it has the same characteristics as a Styrofoam cooler.”

Executives at Sysco, a wholesale restaurant food distributor, have done the same, trying to get restaurants to adopt recyclable clamshells and containers for leftovers, said president and CEO Kevin Hourican. Sysco has the second largest private fleet of vehicles in the world, but was surprised to learn recently that 95% of the fleet’s emissions are Scope 3.

“It blew my mind,” Hourican said.

Sysco is still making the transition to an electric fleet, but the Scope 3 revelation led Hourican to believe that new government regulations regarding that level are an example of overreach. New regulations say companies must be able to back data produced by the Scope 3 value chain. And while Hourican suggested Sysco and other companies should be responsible for reducing their Scope 3 emissions, they can’t be expected to vet a third party’s books the same way.

“Hold us accountable to Scope 1 and 2 in exactly that way,” Hourican said. “We can prove the data. We can prove the trends. We can audit all of our books, but we think it’s an overreach to say that we are responsible for ensuring the data accuracy from a supplier.”

Other participants in the virtual forum agreed.

“It’s a real challenge for most of our clients to actually have transparency into the data of their suppliers,” said Genpact CEO Tiger Tyagarajan.

S&P CEO Douglas Peterson said he believed those regulations might at least be premature, and the SEC might consider reevaluating.

“Take a step back, look at Scope 1 and Scope 2 [emissions directly under the company’s control]. Get it out there. And then we can figure out how to [figure] in Scope 3,” he said.

Yet even these difficult regulations won’t make companies stray the course as they pursue ESG goals and commitments. That’s because more and more, goals are being seen as the path toward a thriving business model.

“The data shows if you are forward-leaning in terms of climate and sustainability, it can accelerate top-line growth, it can lead to medium-term cost savings and also to value creation,” said Sharon Marcil, regional chair for North America at Boston Consulting Group, which partnered with Fortune on yesterday’s virtual event. “And so, when we look at climate leaders versus laggers, we see shareholder value creation, which is stronger in the climate leaders than in climate laggers.”

Marcil concluded the session by pointing out that climate change impacts the poorest communities the most, pointing to the recent devastation by Hurricane Ian.

“And so I think climate is just one more pressure that is chiseling away at people’s trust in our institutions, and that is something that we all have to be collectively concerned about,” she said.

The good news is that there is data showing consumers are increasingly trusting companies over government agencies to deliver the solutions.

“So I don’t have a complete roadmap,” Marcil said. “But I’m very encouraged with what I heard today.”