More than 2,000 doctors in Slovakia are threatening to resign because of low pay and sparse funding 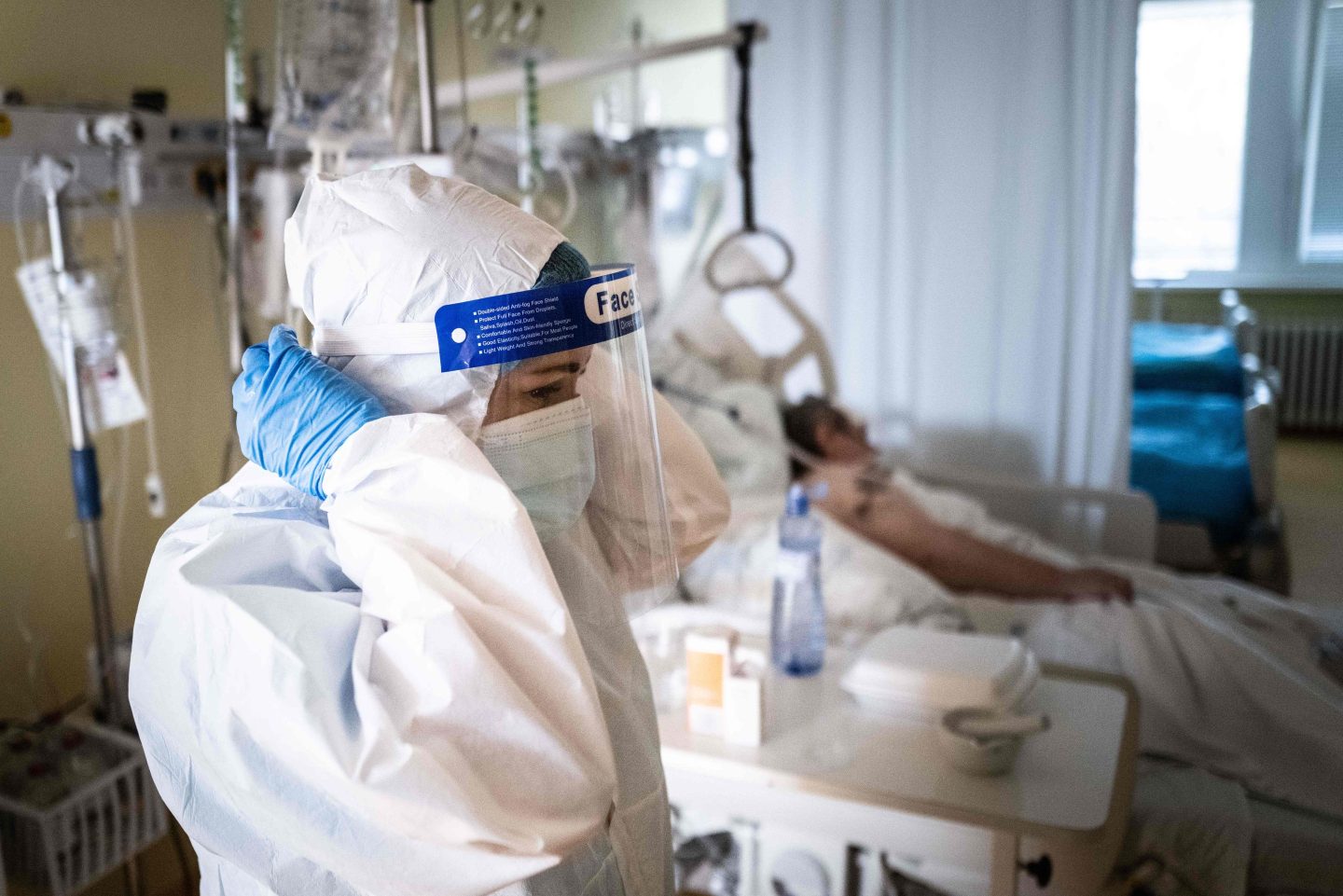 A medic takes care of a patient hospitalized at a hospital in Slovakia.
VLADIMIR SIMICEK/ Getty Images

About a quarter of doctors working at Slovak hospitals threatened to resign if their demands for higher wages and more funding aren’t met, posing a risk to the European Union member state’s health-care system.

More than 2,000 doctors have submitted resignation letters that will start taking effect from Dec. 1 if they don’t strike a deal with the government. While the ruling coalition pushed a wage increase of as much as 46% for some doctors through parliament on Wednesday, that meets only one of eight proposals.

Slovak doctors currently make an average 3,500 euros ($3,472) a month, including overtime pay and bonuses, according to the Health Ministry. Doctors are also demanding better financing of hospitals and more staff.

“Resignations are on the table,” Peter Visolajsky, the head of the Medical Trade Unions Association, said on Tuesday. “From now on, the ministry and the government are taking responsibility. It is up to them to solve the situation.”

The Organization for Economic Cooperation and Development has repeatedly warned Slovakia about its underfunded health system and urged the government to reform it.