Which side are they on? Our Saudi friends cannot have it both ways on oil politics 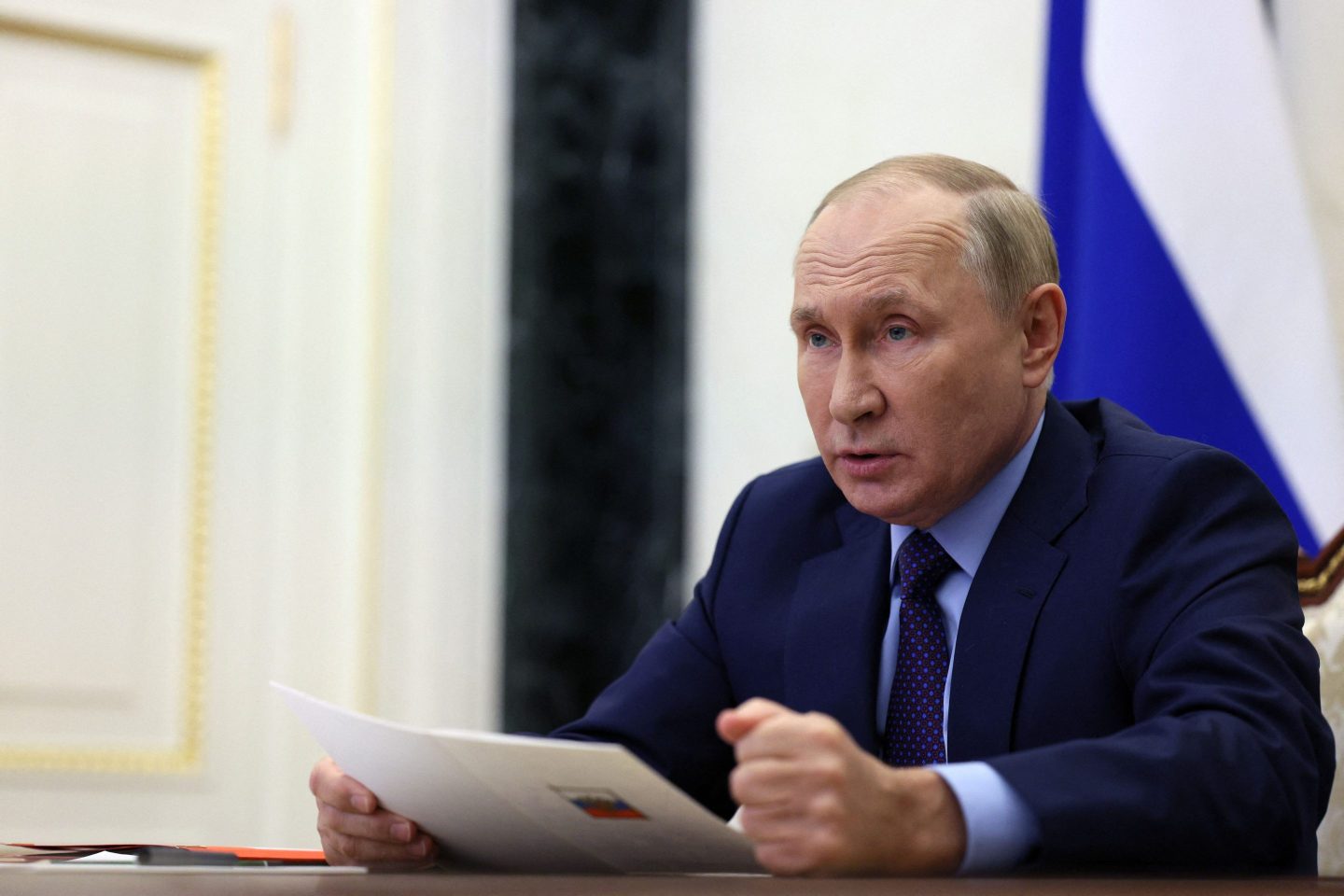 If the Saudis cut oil production significantly, that would strengthen Vladimir Putin on the eve of the U.S. midterm elections.
GAVRIIL GRIGOROV - SPUTNIK - AFP - Getty Images

It appears that the OPEC+ cartel, led by its largest producer by far, Saudi Arabia, is seriously considering granting Putin’s request to cut production by a whopping 1 million barrels of oil a day or more—a far greater cut than initially signaled, with even greater unilateral cuts by Saudi Arabia already floated—under the guise of restoring stability to oil markets when OPEC+ meets in Vienna Wednesday.

Not only would cuts of this magnitude destabilize global economies by removing supply equivalent to the entirety of U.S. production gains over the last year, fueling inflation, killing global growth, and strengthening Putin on the eve of U.S. midterm elections, there are already signs that it could call into renewed question the fundamental nature of the relationship between the U.S. and Saudi Arabia. This widespread consternation across political, business, media, and economic leaders comes on top of existing demands to hold the kingdom accountable for the brutal murder of Washington Post columnist Jamal Khashoggi, as well as humanitarian abuses in the brutal Yemen war and ongoing blockade.

To be sure, Saudi Arabia remains incredibly important to energy security, peace, and stability in the Middle East, and global economic well-being. But at the same time, as former Defense Secretary Ash Carter recently wrote, “There is a growing conviction among many in the U.S. that while Saudi remains an important partner, it’s long past time that the U.S. rebalanced our relationship.” Does Saudi Arabia really want to be tainted with the charge it is helping to pay for Russia’s war on top?

What are we getting from Saudi Arabia right now? Despite Saudi officials’ claims that they have reached peak production capacity, in reality the kingdom’s oil production is still running nearly 2 million barrels per day below peak levels of 13 million bpd. The Saudis have thus far refused to publicly announce any sizable releases from their own large strategic reserves, unlike many previous instances. By calling an unscheduled in-person meeting on short notice several months before they were set to resume their talks with the cartel and considering production cuts at the behest of Putin, the Saudis apparently believe they have a short-term common interest with Russia: defeating the proposed G7 price cap—a consumer cartel that threatens the producer cartel of OPEC.

These are not the actions of an “ally,” and the Saudi government ought to be especially mindful that it is already walking on eggshells within American public opinion.

In response to the proposed cuts, the first author has already suggested that “the U.S. should make it clear to the Saudis that we will cut off their aviation parts supply and stop Raytheon and Boeing from selling to them if they cut oil output to strengthen Putin and thereby fleece Americans. We are not helpless. The Saudis depend on us.”

Indeed, the nature of the U.S.-Saudi relationship is not the one of mutual codependence that many believe it to be. Many policy experts are trapped in a 1970s psychological time warp that the U.S. desperately needs Saudi oil and are fearful of empty Saudi threats to further cut production, fueled by biased energy analysts dazzled by Saudi largesse. But in reality, as oil transitions away from a tight “seller’s market” toward a buyer’s market, the U.S. has far more leverage than we realize.

The U.S. has already cut its imports of Saudi oil by over 90% over the last decade to a mere 356,000 barrels a day, in part thanks to increased domestic production. On the other hand, the Saudi economy is solely reliant on oil exports—and with Russia offering $35-a-barrel discounts, China, India, and other consuming nations have cheaper options.

Saudi Arabia needs our defense industry support and parts for weapons systems, or else the Saudi defense systems shut down within weeks. Unless the Saudis wish to buy Iranian drones from Russia or cannibalized Soviet-era weaponry, they have no alternatives.

On the eve of OPEC+’s Wednesday meeting, the Saudis face a choice: to become complicit with Putin through dramatic production cuts or to oppose Moscow’s desire for tighter oil supply on the backs of hundreds of millions of people who are already suffering from high inflation and weaker global growth. With production cuts of 1 million barrels per day on the table, they cannot have it both ways.

It is not purely a moral decision or a political one. It’s good business: Even if OPEC+ were to cut production, other OPEC nations would not really dial back production at all since most are cash-strapped and have not been fulfilling their production quotas anyway. This means only Saudi Arabia would lose any substantive market share. Some administration voices argue that a less dramatic but still significant production cut of 200,000 to 300,000 barrels per day could be a good-faith compromise, but we see no reason for OPEC+ to cut any production in a record-tight market.

Ro Khanna is a congressman from California representing the 17th District. Jeffrey Sonnenfeld is senior associate dean and Lester Crown Professor at Yale School of Management. Steven Tian is the director of research at Yale Chief Executive Leadership Institute.