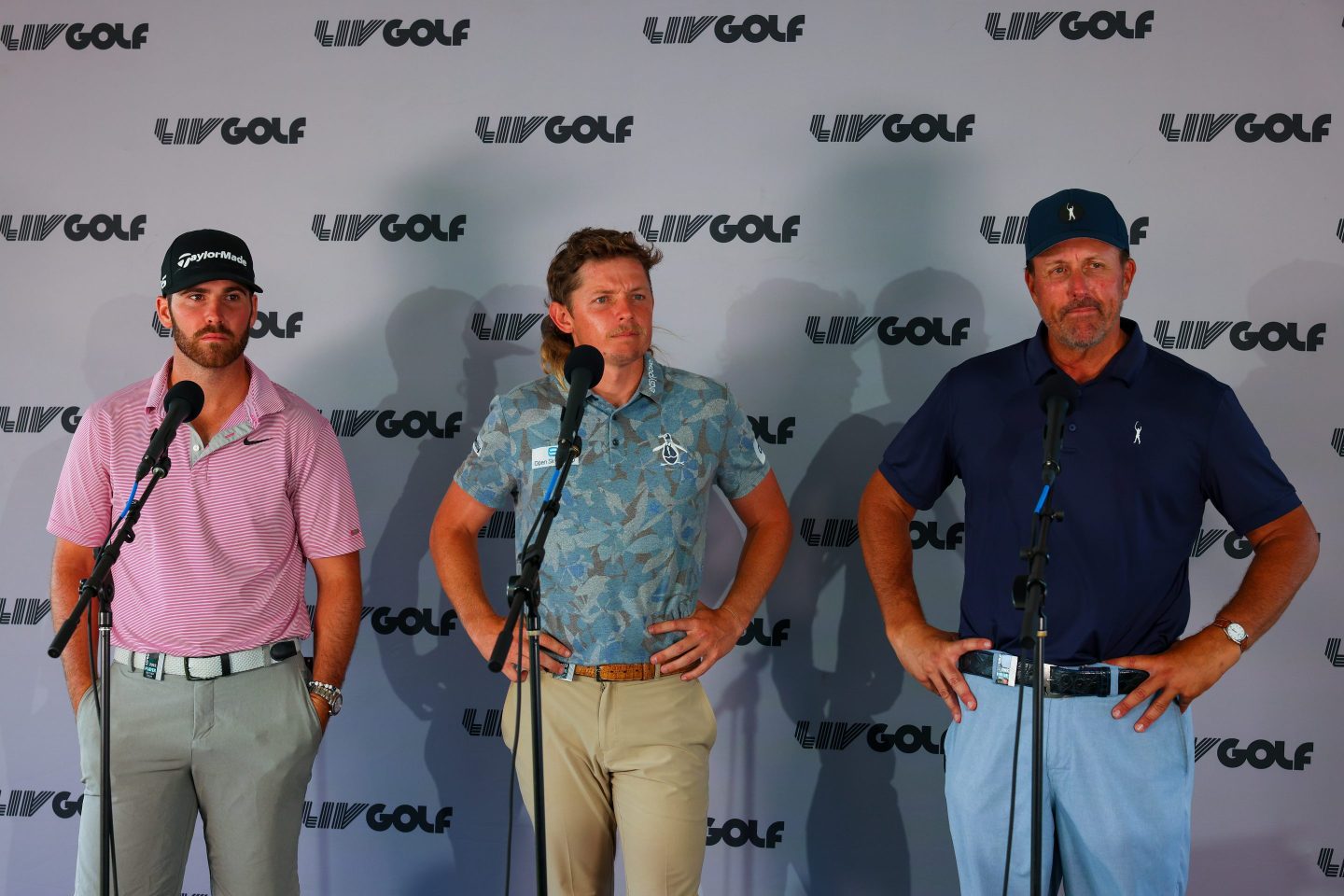 Saudi-funded LIV Golf denied a report Tuesday that it was close to a U.S. television deal in which it would buy time to be shown on FS1.

Golfweek cited multiple sources it did not identify in saying the agreement is still being finalized.

It would go against what Greg Norman, the CEO and commissioner of LIV Golf, told a Chicago radio station two weeks ago when he said, “We’re talking to four different networks, and live conversations where offers are being put on the table. They can see what we’re delivering.”

LIV Golf issued a statement that the report was “incomplete and inaccurate,” and that it is ahead of schedule in its inaugural year, including such areas as broadcast rights.

“As we have stated previously, LIV Golf is just beginning its process and is in active discussions with several companies about broadcasting the LIV Golf League,” the statement said. “We caution that no one should draw any conclusions about potential media rights given that we are still in the middle of negotiations with several outlets.”

Networks typically pay a rights fee to broadcast a sport. The PGA Tour, for example, this year began an expanded media rights deal for its tournaments to be shown on CBS, NBC, Golf Channel and ESPN+. The nine-year deal is worth an estimated $7 billion.

In this case, LIV Golf would pay for the time slot and be responsible for the cost of production and any advertising to be sold. In some time-buy cases, the deal includes a few promotional spots to let viewers know when it will be aired.

But any deal, even a time buy, would give LIV Golf what it desperately needs — TV viewership on an American linear channel. The league already has paid enormous signing fees — some reported in the $150 million range — to attract players, and each tournament offers $25 million in prize money. It does not have any visible corporate support.

Getting the major networks seemed to be a long shot because of their existing agreements with the PGA Tour and the animosity between the rival circuits, along with the source of LIV Golf’s deep pockets — Saudi Arabia’s sovereign wealth fund — that brought protests to some tournaments staged in the United States over the summer.

The Wall Street Journal recently reported Apple and Amazon were not interested.

The series is playing next month in Thailand and Saudi Arabia before ending its inaugural season near Miami for a $50 million team championship. The 54-hole event has been moved to a Sunday conclusion.

It was not clear if any television deal would start in Miami from Oct. 28-30 or wait until 2023, when LIV Golf has said it would have a full schedule. The 2023 schedule is not likely to be released until November.

If the time buy is with FS1, there could be problems with September and October when the cable network has a steady diet of college football on Saturdays.

Golfweek reported LIV wanted a rights fee for the second year of any deal and a guaranteed time slot, but Fox wasn’t interested.

LIV Golf launched in early June and now has 12 of the top 50 players in the world ranking, most notably Dustin Johnson, Bryson DeChambeau, Brooks Koepka, Phil Mickelson and Cameron Smith, who officially joined LIV Golf a month after winning the British Open.