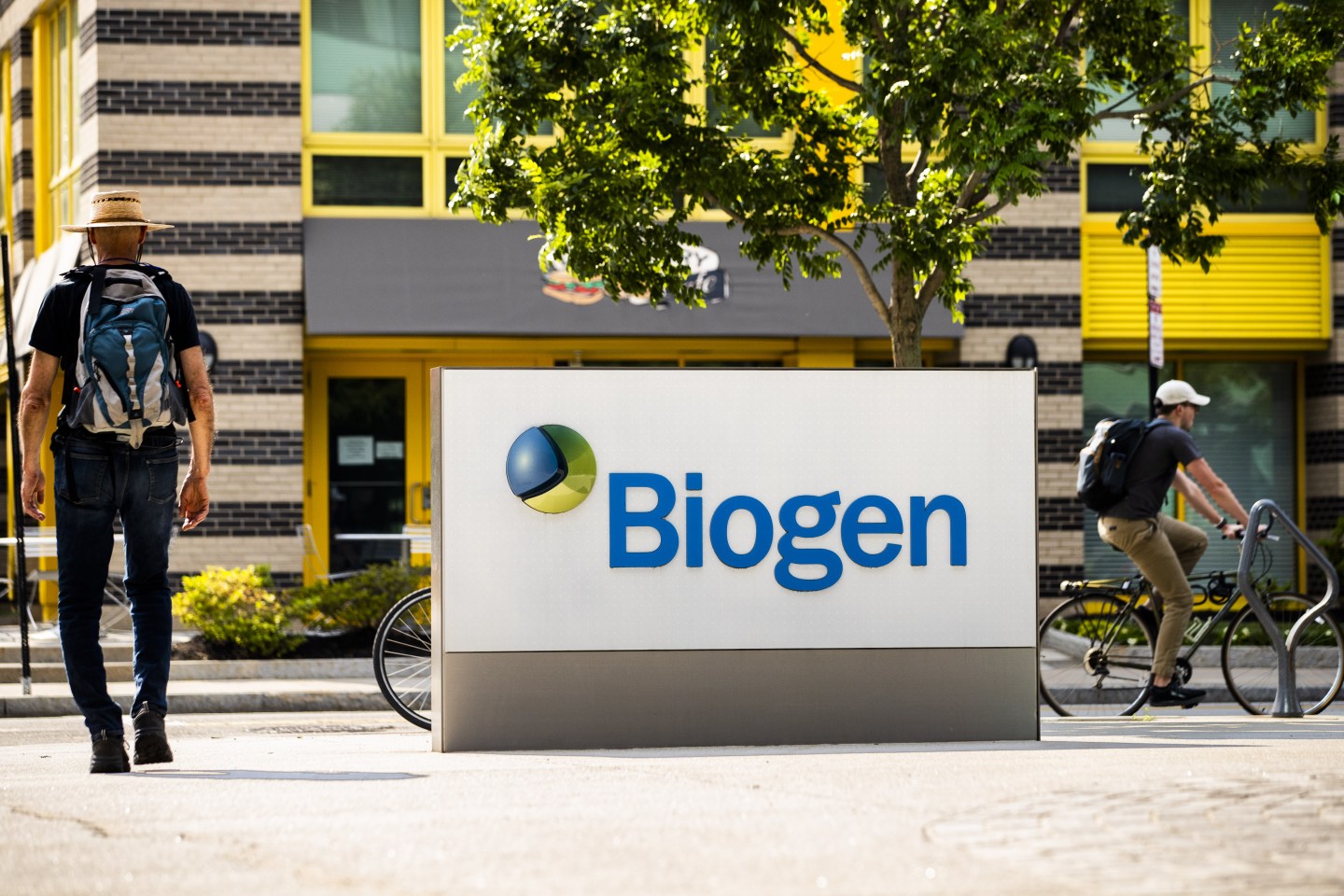 Biogen and partner Eisai surged and led other drugmakers’ shares higher amid optimism about their breakthrough trial results on Alzheimer’s disease.
Adam Glanzman—Bloomberg via Getty Images

Biogen Inc. and partner Eisai Co. surged and led other drugmakers’ shares higher amid optimism about their breakthrough trial results on Alzheimer’s disease.

The two partners said their experimental drug lecanemab significantly slowed the disease, making it the first medicine to blunt progression of the most common dementia in a large definitive study.

Biogen climbed 43% in trading before U.S. exchanges opened, adding more than $12 billion in market capitalization. Eisai closed up 17% in Tokyo, reaching the highest level in nine months, after remaining untraded earlier in the day as bids outweighed offers by more than 19 times. Eli Lilly & Co. and Roche Holding AG, which are developing similar drugs, also gained.

The findings mark a major milestone for researchers who have been trying in vain for decades to stop the inexorable decline tied to the disease. How much of a difference it will make for patients and families is less clear. While it appears to unambiguously slow the disease, the medicine doesn’t restore mental capacity or totally stop its loss.

“This is clearly not a magic bullet,” said John Hardy, a professor of neuroscience at University College London. “But it looks like a definite ‘end of the beginning.”’

The results bolster the so-called amyloid hypothesis: a long-held but controversial theory that the buildup of amyloid, a toxic protein that clutters the brain, is one of the main causes of the disease. It therefore raises hope for other anti-amyloid drugs in development, especially medicines in final-stage trials from Roche and Lilly.

Roche said it was encouraged to learn of the results. Data from two key studies on its own experimental medicine, called gantenerumab, will be released at an industry conference in November.

Biogen and Eisai said lecanemab reduced the pace of cognitive decline in people with early disease by 27% over 18 months when compared with a placebo. The benefit came with side effects, though, including brain swelling and bleeding, though severe cases were rare.

The medicine was originally licensed from Sweden’s BioArctic AB, whose shares more than doubled on the news.

The Alzheimer’s Association welcomed the results, as did pharmaceutical and biotechnology analysts.

“We finally have what we believe to be a clean win in Alzheimer’s disease,” Evan David Seigerman, an analyst at BMO Capital Markets, wrote in a note to clients. “The top-line data are clear to us — lecanemab slows the rate of cognitive decline.”

The trial met every goal that was set, including other measures of mental function and the ability to perform daily activities, the companies said.

The positive study isn’t the end of the challenges for Eisai and Biogen, who are collaborating on the drug that had some early controversy and will split the profits.

A previous medicine they developed together, called Aduhelm, was approved in the U.S. in June 2021 despite contradictory trial results. While the amyloid-lowering antibody slowed the decline from Alzheimer’s modestly in one big trial, another showed no effect. Both were halted early. But Medicare refused to pay for a treatment that initially cost $56,000 a year outside of clinical trials, and the drug ended up a commercial failure.