Stuck in another pointless meeting? It could be costing your boss tens of thousands of dollars 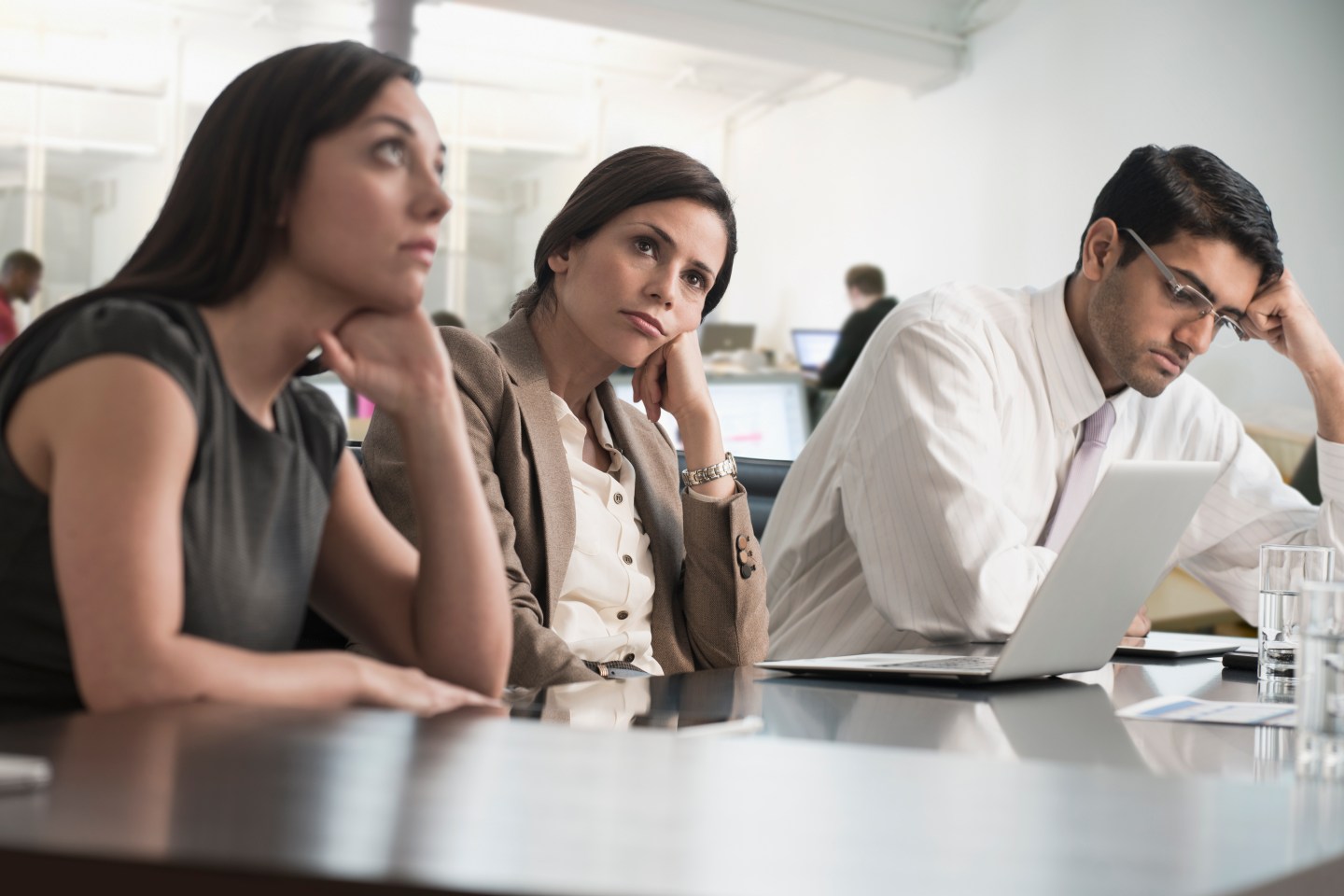 We’ve all been in work meetings we think are useless.

We might have been more right than we knew.

A new study suggests that not only are pointless meetings making us unhappy at work, but they’re wasting monumental amounts of time and money.

Software firm Otter.ai partnered with Dr. Steven Rogelberg—a professor of organizational science at the University of North Carolina in Charlotte—to carry out a survey last summer of 632 workers from 20 different industries. The implications are staggering for all the wasted time and money that pointless meetings add to businesses’ bottom line.

But maybe you knew that.

The scourge of the (bad) business meeting

Bad meetings are so widespread they have even prompted companies to spring up to tackle meeting overload, while some bosses are calling for as many meetings as possible to be banned altogether.

Many cite meetings as a source of employee burnout in the post-pandemic workplace, taking up much more of white-collar workers’ time in a remote environment. The survey results connect burnout to sheer boredom and frustration.

Survey participants told Rogelberg they were spending an average of 18 hours in meetings every week—and they could have skipped almost six hours of those as long as they were kept in the loop about their subject. Among the workers who responded to the survey, the median hours worked per week was 50—meaning around two working days per week were spent in meetings.

Almost half of those surveyed said they had too many unnecessary meetings in their calendar, while 53% said they felt obligated to accept invites even if they weren’t critical to a meeting’s agenda.

Unsurprisingly, many employees said they felt “annoyed” and “frustrated” about the frequency of pointless meetings that they were obliged to be in.

Seven in 10 workers said they multitasked during meetings, and 45% admitted they switched their video or audio off during teleconferences—mainly so they were able to get other things done.

The survey also showed that the more senior someone became within their organization, the more meetings they attended. Non-managers spent, on average, 13.7 hours a week in meetings, while managers with four or more direct reports were stuck in meetings for more than 22 hours every week.

It wasn’t just workers who were losing out.

Rogelberg, who has spent decades researching and authoring books on the science behind productive meetings, used participants’ salaries to estimate how much employers were throwing away.

On average, companies were wasting around $25,000 per employee each year on workers halfheartedly sitting in on meetings they felt were unnecessary, he found.

Overall, firms with 100 workers would save almost $2.5 million per year if unnecessary meetings were slashed, the study found, while companies with 5,000 employees would save more than $100 million annually.

The Otter.ai study adds to a wealth of research on how the pandemic has seen workers attending more meetings than ever.

In 2020, a major international study found that the pandemic workday was 48 minutes longer, on average, with more meetings being logged by office workers.

However, some are more than happy to take the hit of more meetings in exchange for the freedom to work from anywhere. The remote-work revolution has opened up opportunities to work from exotic locations like Thailand and Bali—and some workers aren’t even telling their bosses that they’re logging on from countries thousands of miles from home.