Hurricane Ian gathers strength rapidly as it barrels toward Florida 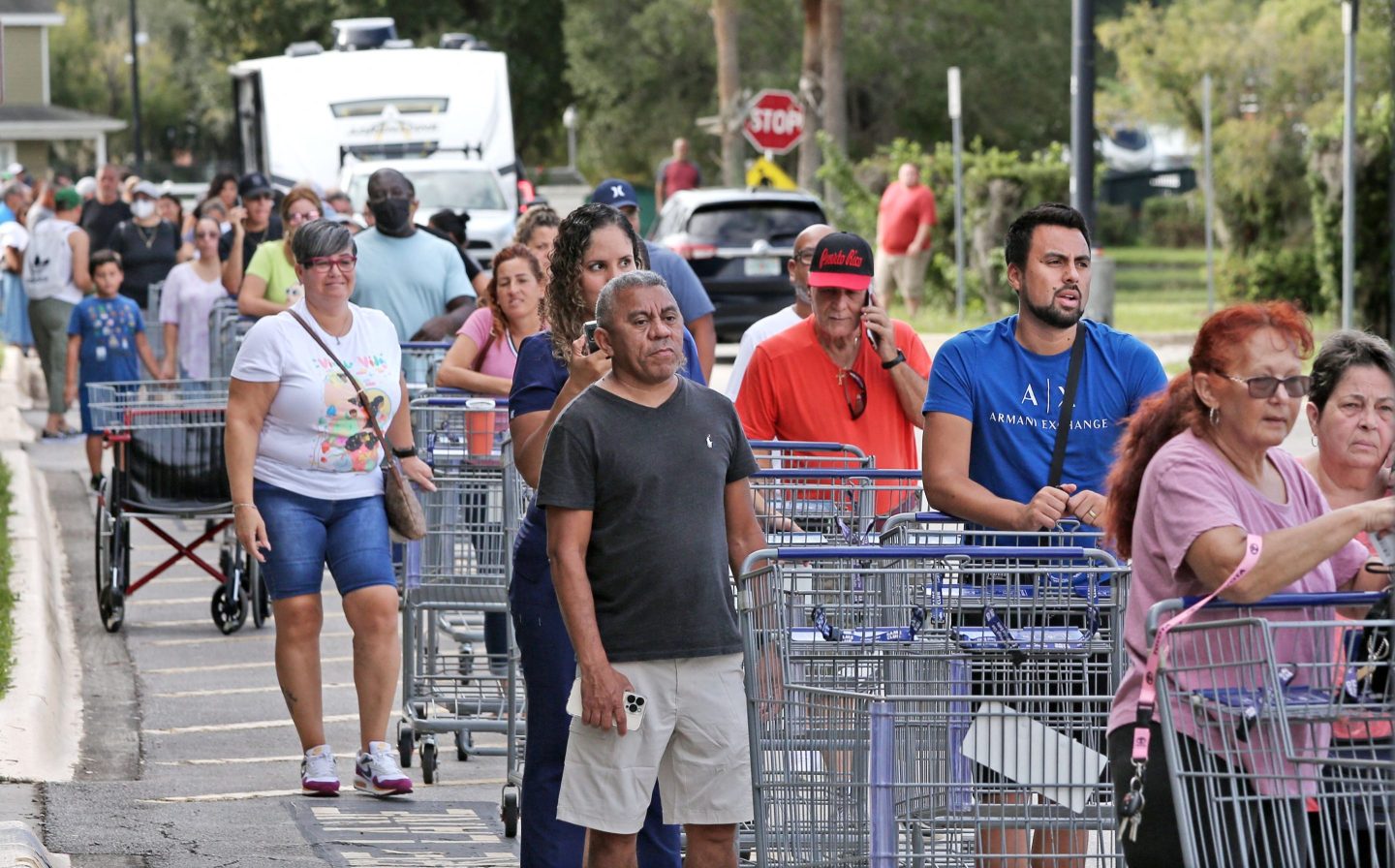 Florida shoppers line up to get supplies as Hurricane Ian bears down on the state.
Gregg Newton—AFP via Getty Images

After a relatively quiet hurricane season in 2022, the first major storm appears to be on track to hit Florida later this week, and Hurricane Ian is expected to make landfall on Wednesday afternoon.

As of 11:00 a.m. ET, Ian had sustained winds of 80 mph and was moving NW at 13 mph. It’s expected, at present, to hit the western shores of Cuba late Monday night and early Tuesday morning, before rolling into the Gulf, where it will gather strength.

The National Hurricane Center has extended the Tropical Storm Watch for the west coast of Florida from Chokoloskee southward to Flamingo.

Hurricane force winds already extend 25 miles outside the eye of the storm, says the National Hurricane Center. Ian is expected to produce rainfall amounts of up to 15 inches in Central West Florida.

“Rapid strengthening is expected during the next day or so, and Ian is forecast to become a major hurricane tonight or early Tuesday when it is near western Cuba and remain a major hurricane over the southeastern Gulf of Mexico on Wednesday,” forecasters said.

Long-term modeling of hurricanes is an inexact science, so exactly where Ian will hit is still uncertain. The cone of uncertainty for later in the week covers most of the northern two-thirds of Florida, Georgia and most of South Carolina, as well as the eastern part of Alabama. At present, the storm is expected to lose hurricane designation and become a tropical depression after it moves through Florida, but that will depend on its strength and speed when it hits the state.

Forecasters are predicting a more active than usual hurricane season this year, just as they did in 2020 and 2021. An ongoing La Niña and above-average Atlantic temperatures are being cited as the reasons. All totaled, experts say they expect 14 to 21 named storms (winds of 39 mph or higher), of which six to 10 could become hurricanes (winds of 74 mph or higher) and three to six will be major hurricanes.

At the same time, the Federal Emergency Management Agency (FEMA) has admitted that its current flood maps are outdated, which could be an unpleasant surprise for people who moved to Florida during the pandemic, as well as businesses in the state. A late 2021 study by the research and technology nonprofit First Street Foundation estimated that flooding would cost U.S. businesses $49 billion in 2022.