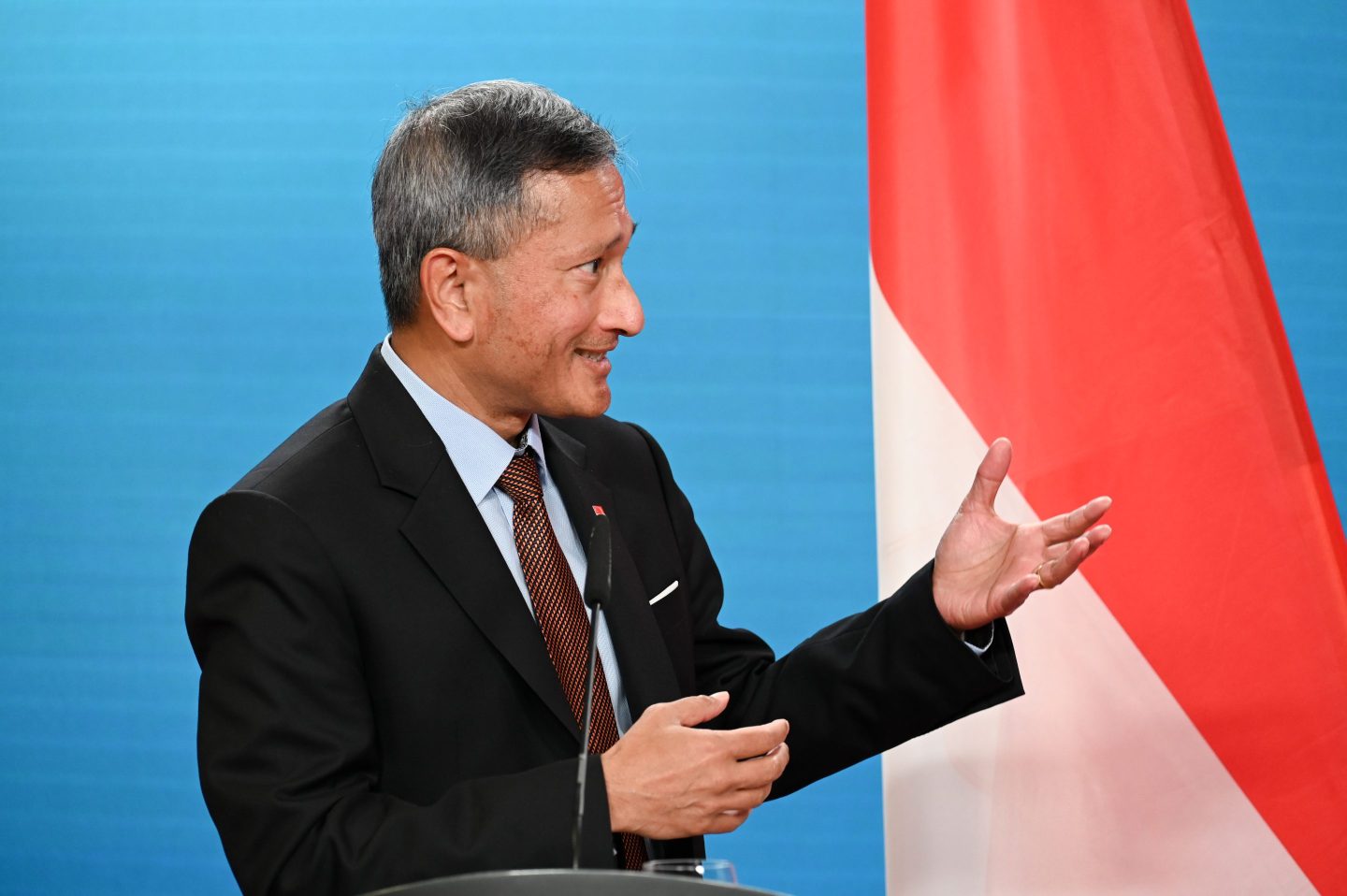 The "perspective of a dispassionate third country."
Filip Singer—Pool/Getty Images

A continued lack of strategic trust between the US and China could create an “escalatory spiral” that leads to a potential mishap between the two nations at a time when tensions are flaring over Taiwan, according to Singapore’s foreign minister.

“The key missing ingredient in this relationship, from the perspective of a dispassionate third country, is that there is a lack of strategic trust between the United States and China,” Vivian Balakrishnan said Friday in New York at an event hosted by the Asia Society, according to prepared remarks. “I think the ultimate focal point for this is the Taiwan Straits, which is the reddest of red lines for Beijing.”Singapore warns of U.S.-China ‘escalatory spiral’ amid ‘lack of strategic trust’

Balakrishnan said he’s observed on four separate trips to China in the past year that “attitudes have become more assertive” there, with a strong and growing nationalism and more “muscular” actions to defend international interests.

“As China’s strategic and economic influence has grown, so has their sense of vulnerability,” given that Communist regimes must respond to “the anxieties and the zeitgeist of their own societies,” he said.

Other highlights from Balakrishnan’s speech: