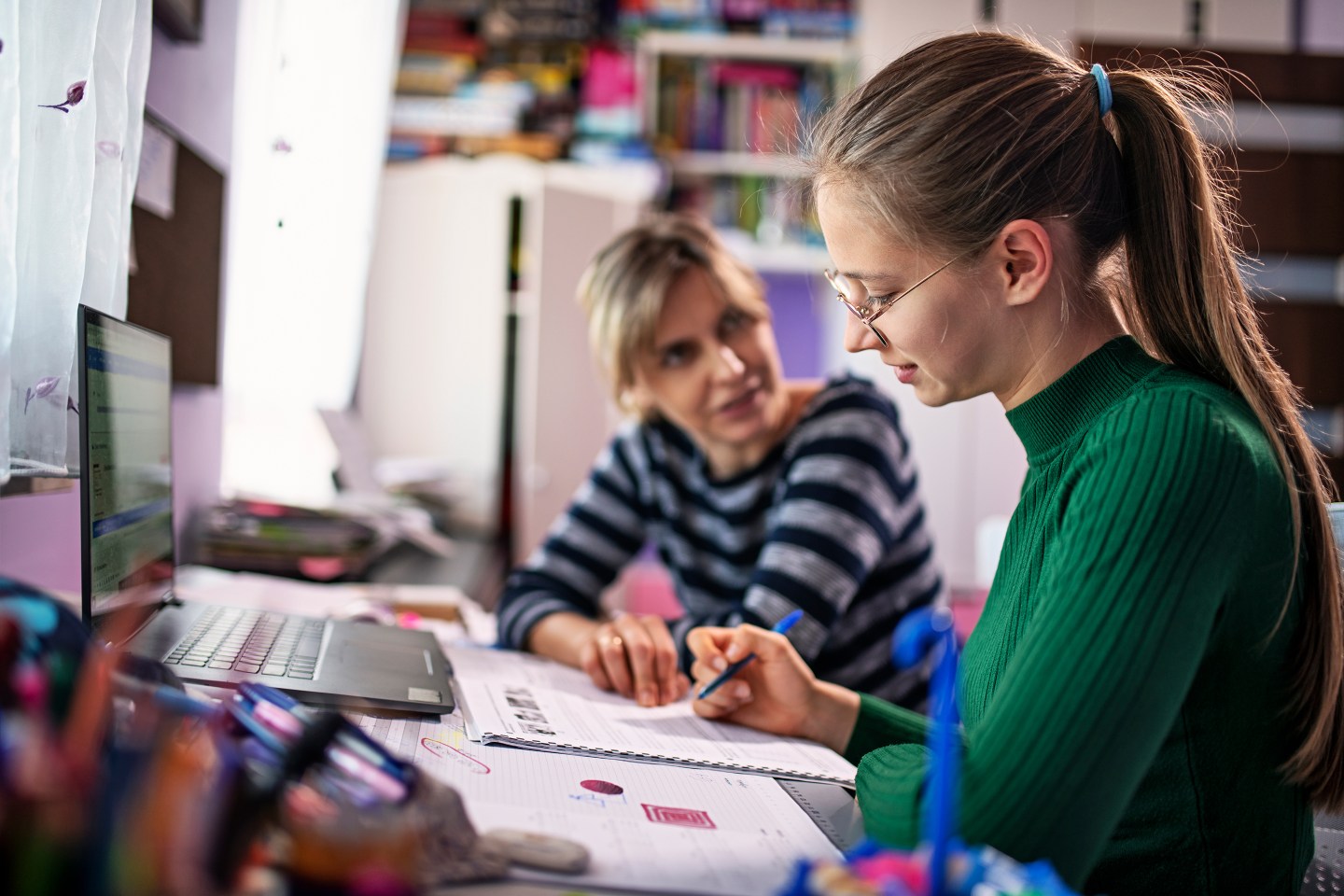 For long-term investors, a market slump isn’t normally a big deal. With decades to go before retirement, you will endure plenty more peaks and valleys before reaching the finish line.

For college savers, it can be a different story.

If your 529 plan has taken a hit, and your kid is off to college this year or next, it can feel like a very big deal indeed. Presumably you were planning to use those funds within the next few years. There’s not necessarily a lot of time for a market rebound.

In fact, total 529 plan assets slipped from $452 billion in December 2021 to $432 billion in March 2022, according to ISS Market Intelligence—all of that the result of market performance.

“Market volatility impacts people in all kinds of ways, and we experience it in the 529 space as well,” says Chris Lynch, head of the education savings business for financial giant TIAA. “It’s a real issue, because even in enrollment-date strategies, you might have some equity exposure.”

To be sure, the 529 space is a little different than other investment areas. The majority of college savers across the country are in some version of a target-date fund, where allocations shift automatically over time into safer areas like bonds and cash.

Ideally, by the time your child is entering college, those assets aren’t in serious jeopardy. “Two-thirds of 529-using parents are in age-based investment options, and 10% of 529 investments are in money-market, FDIC-insured, or stable value investment options,” notes Paul Curley, associate director of 529 solutions at ISS Market Intelligence. Those parents should be “well-prepared for the fall semester.”

But savers who are not in age-based options are probably googly-eyed right now at what has happened to the stock market. After all, the S&P 500 is down around 18% year to date, and the Nasdaq down over 26%. For such investors, there is a relatively short runway ahead to adjust course or take action. Experts have a few pieces of advice if you’re in that boat:

It’s natural to think that you must start drawing down 529 assets as soon as your kid sets foot on a college campus. Not necessarily so, says TIAA’s Lynch. “Maybe there’s a misconception that a 529 has to be used in your child’s freshman year,” he says. “It doesn’t.”

You have the flexibility to tap those assets when you want—so in some cases, it might make sense to start taking more distributions in the back half of your student’s college career, after the market (presumably) has had more time to recover. But that requires you to cover immediate costs in other ways, such as out of current income, or having your child shoulder a larger portion.

Having more than one kid could also affect your decision-making. “If you can avoid withdrawing 529 plan assets while markets are down, perhaps you can cash-flow a bit more of the college expenses currently, and pass those funds to the next kid,” says Catherine Valega, a financial planner in Winchester, Mass.

Different students will have different visions of how they want their college career to go. Some may be headed for a two-year or four-year program, while others might be considering a master’s or even a Ph.D. In that case, your timeline might be lengthened considerably—and ease the pressure of making immediate decisions and withdrawals.

If you just don’t have the stomach for market volatility, consider devoting more assets to safer buckets—if only to help you sleep at night. As an example, the “guaranteed” option in TIAA’s plans will secure your principal, and add a stated rate of interest between 1% to 1.5% on top, says Lynch.

“It may be a prudent time to reallocate the 529 to add in some cash or shorter-term bonds to prepare for the first year or two of college,” says Kyle Newell, a planner in Winter Garden, Fla. “I hate to sell low, but it could go lower from here.”

Most parents are probably not where they would like to be in terms of 529 assets. So it might make sense to continue chipping in, even after your kid has started college—at the very least to take advantage of state tax breaks, which can be substantial. As an example, New York’s state plan offers a tax deduction for up to $5,000 a year, or $10,000 for married couples filing jointly.

If your college savings have really taken a gut-punch, and the math just isn’t working, you can always change the equation by switching the projected college.

“You have to work with what you have, so it can mean going to a slightly less selective school in order to maximize the merit aid discount,” says David Haas, a financial planner in Franklin Lakes, N.J.

One classic money-saver is to do two years at a community college and then transfer to an in-state university. “That may be a way to save your 529 plan funds for the last two years,” Haas says. “You will get the same degree—but pay significantly less for it, and end up with far less debt.”

Use 529 assets to cover student loans

For those who really hate the idea of cashing out a 529 in a down market, remember that 2019’s federal Secure Act allows for 529 distributions to be used to pay off qualified student debt—up to $10,000 of it.

“It may be worthwhile to have the child take out a $10,000 student loan,” says Ashton Lawrence, a financial planner in Greenville, S.C. “This will allow the assets in the 529 plan time to recover. Provide the funds needed for school now, and you can use those 529 plan assets to pay off the loan later.”