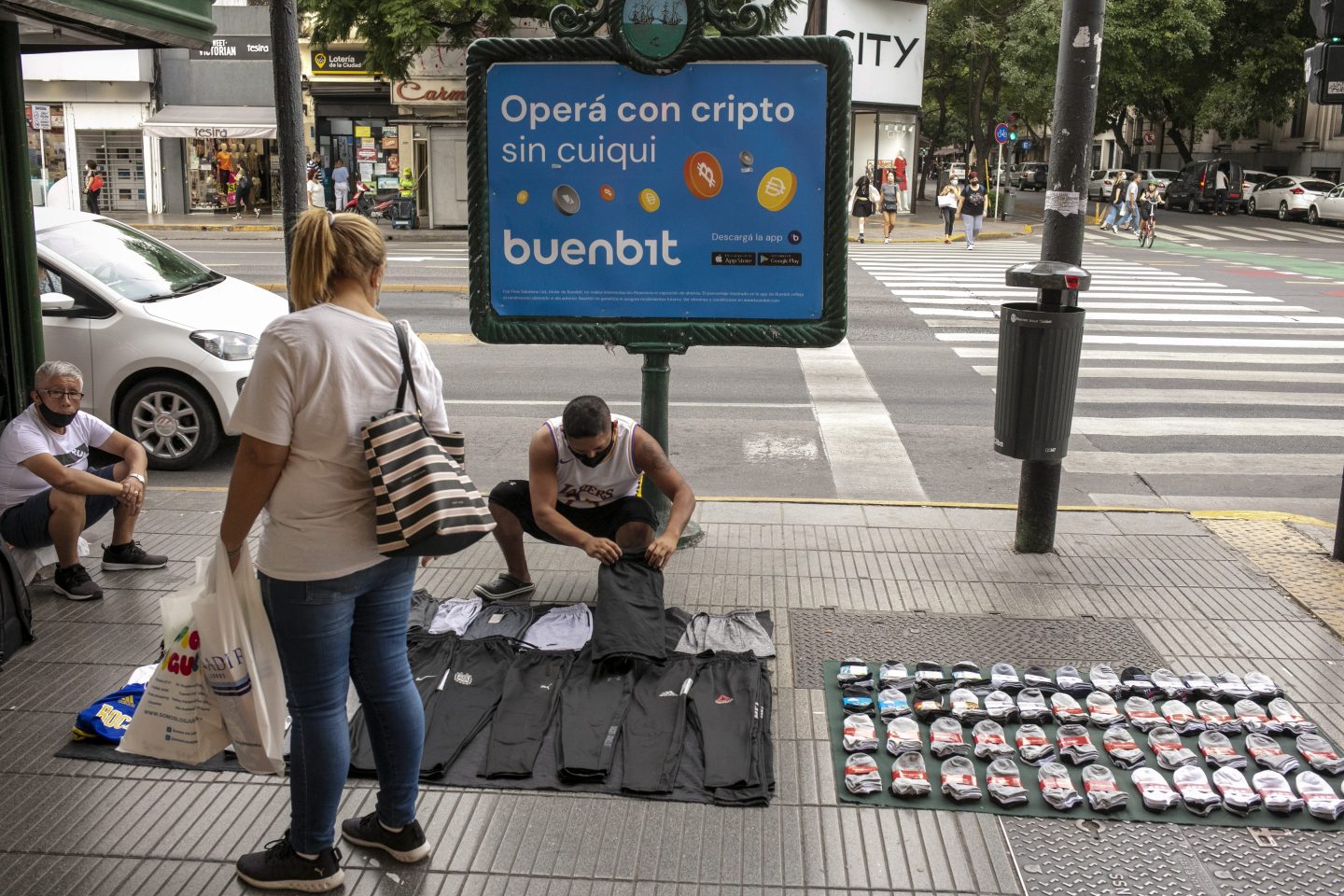 Argentina is one of the top countries in crypto adoption.
Ricardo Ceppi—Getty Images

Despite the “crypto winter,” global adoption of cryptocurrency has slowed less than expected, Chainalysis revealed today as part of its annual index. Even with the bear market and the precipitous decline of major cryptocurrencies, as well as the recent collapse of several high-profile projects such as algorithmic stablecoin TerraUSD and lender Celsius, adoption still exceeds pre–bull market 2019 levels.

The results show distributed global adoption, from Southeast Asia to Eastern Europe to Latin America, with the U.S. also moving up from last year.

According to Kim Grauer, director of research at Chainalysis, while this year’s index doesn’t demonstrate substantial changes from 2021, it conveys the different ways people are using cryptocurrency.

“When we talk about adoption around the world, we should be thinking about use cases in different regions with different socioeconomic factors at play,” she told Fortune.

For the second consecutive year, Vietnam ranked at the top of the list, with the Philippines moving up to second, from 15th. Grauer said the popularity in Southeast Asia largely can be attributed to play-to-earn, blockchain-based games. The most prominent example was Vietnam’s own Axie Infinity, a title that attracted gamers with rewards of lucrative NFTs and led to the creation of “guilds,” or organizations that would pay for the startup costs of playing in exchange for a cut of players’ winnings.

Axie Infinity had a spectacular collapse this year after cybercriminals hacked it for over $600 million, but players—especially in developing markets—have been turning to play-to-earn games as a source of income. Even with users fleeing Axie, more play-to-earn titles are on the way, with many developers based in Southeast Asia.

India, which ranked fourth, had a different story. According to Grauer, much of the adoption was spurred by NFT marketplaces, such as the Tiger Global– and Sequoia-backed company FanCraze, which launched in early 2022 to sell cricket-based NFTs.

Grauer said that while many investors may have shied away from more traditional crypto assets like Bitcoin given the bear market, they turned to an asset built around their favorite pastime, which made it more accessible.

“India was a good example of a new population of people coming into the fold because of use cases afforded by DeFi,” Grauer said.

China also ranked among the top 10—a surprise given the country’s 2021 cryptocurrency ban, indicating that the prohibition has been ineffective.

Latin America remains a diverse region in terms of use cases and economic context, but Chainalysis’s research indicates that adoption still follows the same general trend. Unlike Southeast Asia or India, where many are turning to applications like NFTs and games, adoption in Latin America is driven by more traditional crypto assets offered through exchanges and financial technology platforms.

Argentina, which ranked 13th, suffers from severe inflation, as well as restrictive banking regulations. For many, crypto offers access to the global financial system, with inherent risks often outweighed by their nations’ weak currencies.

Brazil, Latin America’s largest country and which ranked seventh globally, is home to some of the region’s most innovative fintech offerings, including e-commerce giant Mercado Libre, which launched both a crypto exchange and its own token through its popular payment tool Mercado Pago. Another example is Nubank, Brazil's largest digital bank, which reached 1 million users on its crypto trading platform just a month after launching it this summer.

Even though the U.S. moved up in the rankings this year, Grauer cautioned that gain was relative—in fact, there’s evidence adoption has plateaued, with 16% of Americans saying they have invested, traded, or used cryptocurrency from two consecutive Pew Research polls, in November 2021 and August 2022.

While there’s a high degree of institutional investing in the U.S., adoption has not yet gained a foothold among the general public, which is true in other high-income countries. From the top 20 countries in the global index, 10 are lower-middle income, and eight are upper-middle income, with just two high-income entrants: the United States and the United Kingdom. With financial systems in high-income countries more stable, fewer people consider riskier assets.

“[These countries] are waiting for that killer app to arise that will bring more people into the fold,” Grauer added.

Ukraine ranked third, although not necessarily because of the large volume of cryptocurrency donations moving into the country following Russia’s invasion. Grauer said Ukraine has always been a tech-savvy country with a high density of startups.

Nigeria and Kenya also ranked in the top 20, which likely can be attributed to the high degree of online payment innovation in both countries, including the M-Pesa mobile banking service in Kenya. Like other countries on the list, Nigeria also deals with a great deal of regulatory uncertainty and economic instability, which can push people toward cryptocurrency.

Overall, the story is the same as last year—global crypto adoption is being propelled by emerging markets.

“We found that a lot of people simply don’t have the same level of access to investments,” said Grauer, explaining that they turn instead to crypto offerings. “We see that a lot in places like India and Vietnam, where there’s a young, tech-savvy population who are starting to have a disposable income.”