Cathie Wood’s tech-heavy innovation fund has lost over 50% of its value this year, but she bought the dip in yesterday’s stock rout 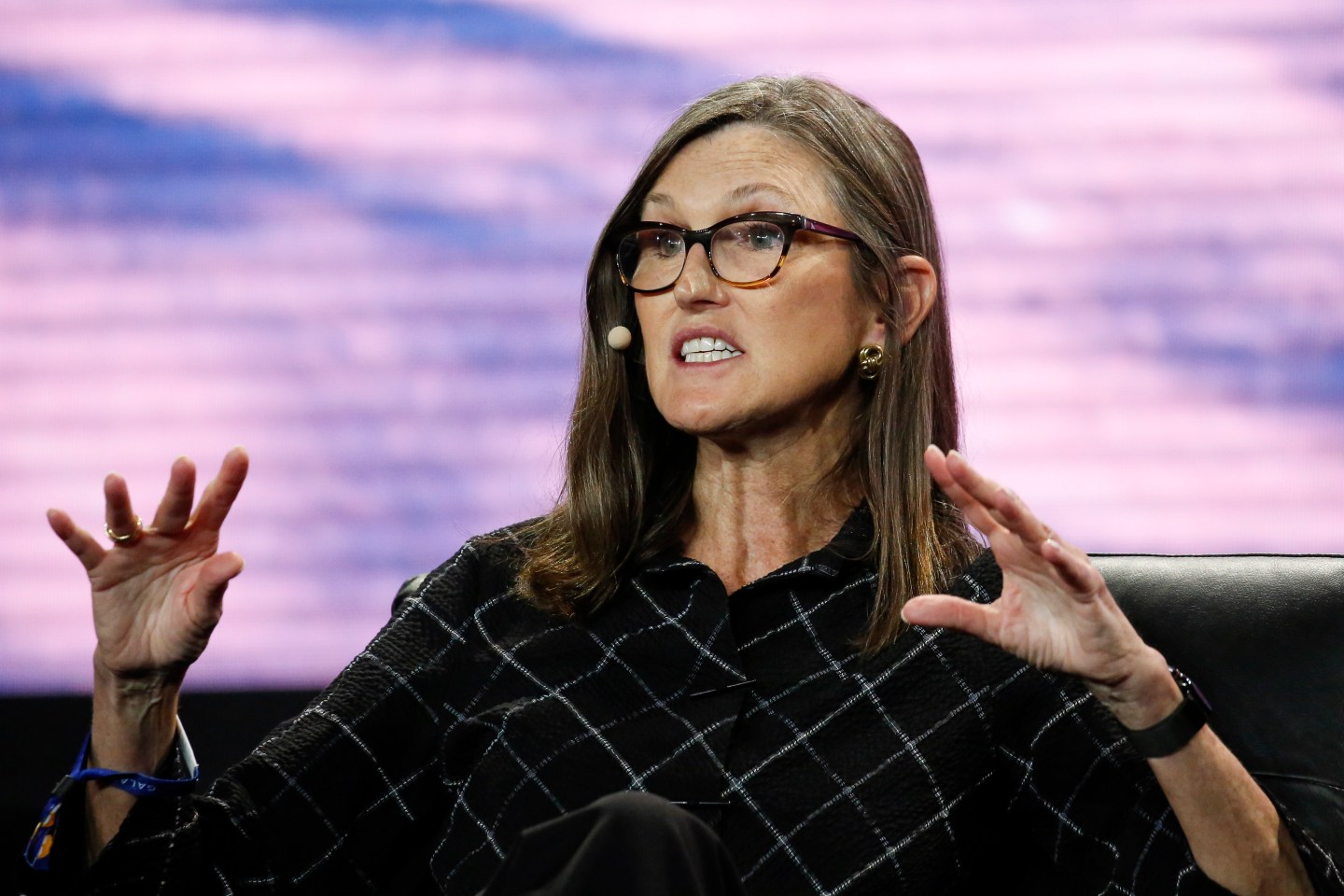 The firm bought 27 stocks across its eight exchange-traded funds on Tuesday, according to data compiled by Bloomberg. The largest buy was Roku Inc., which is already the third biggest holding in the firm’s flagship $8 billion ARK Innovation ETF (ticker ARKK).

The purchases came on a day when the technology-heavy Nasdaq 100 posted its worst one-day drop since March 2020, fueled by building bets that the Federal Reserve will unleash a historically large rate hike next week to stamp out price pressures. But while inflation is front and center for policy makers, Ark founder Wood tweeted on Monday that deflation is “in the pipeline”—and Tuesday’s purchases suggest the firm is positioning for that.

“Her buys have gone down quite a bit after January but are starting moving up last few days. It just seems like her conviction is higher now,” said Athanasios Psarofagis. Paired with Wood’s tweets Tuesday, “It seems like she is just walking the walk.”

Ark’s ETF lineup has come under immense pressure in 2022 at the hands of a historically aggressive Fed. A series of jumbo rate hikes has battered the market’s speculative corners, dragging ARKK more than 55% lower in 2022.

Amid the drawdown, Wood has stuck to her strategy of doubling down on losers and offloading winners. Roku is nearly 71% lower this year, while Butterfly Network Inc and Zoom Video Communications Inc., Tuesday’s second and third largest buys, have dropped about 14% and 58% in 2022, respectively.

The purchases were paired with the sale of roughly 1.5 million shares of Signify Health, which has seen its stock price soar about 160% since mid-June amid a bidding war for the company.