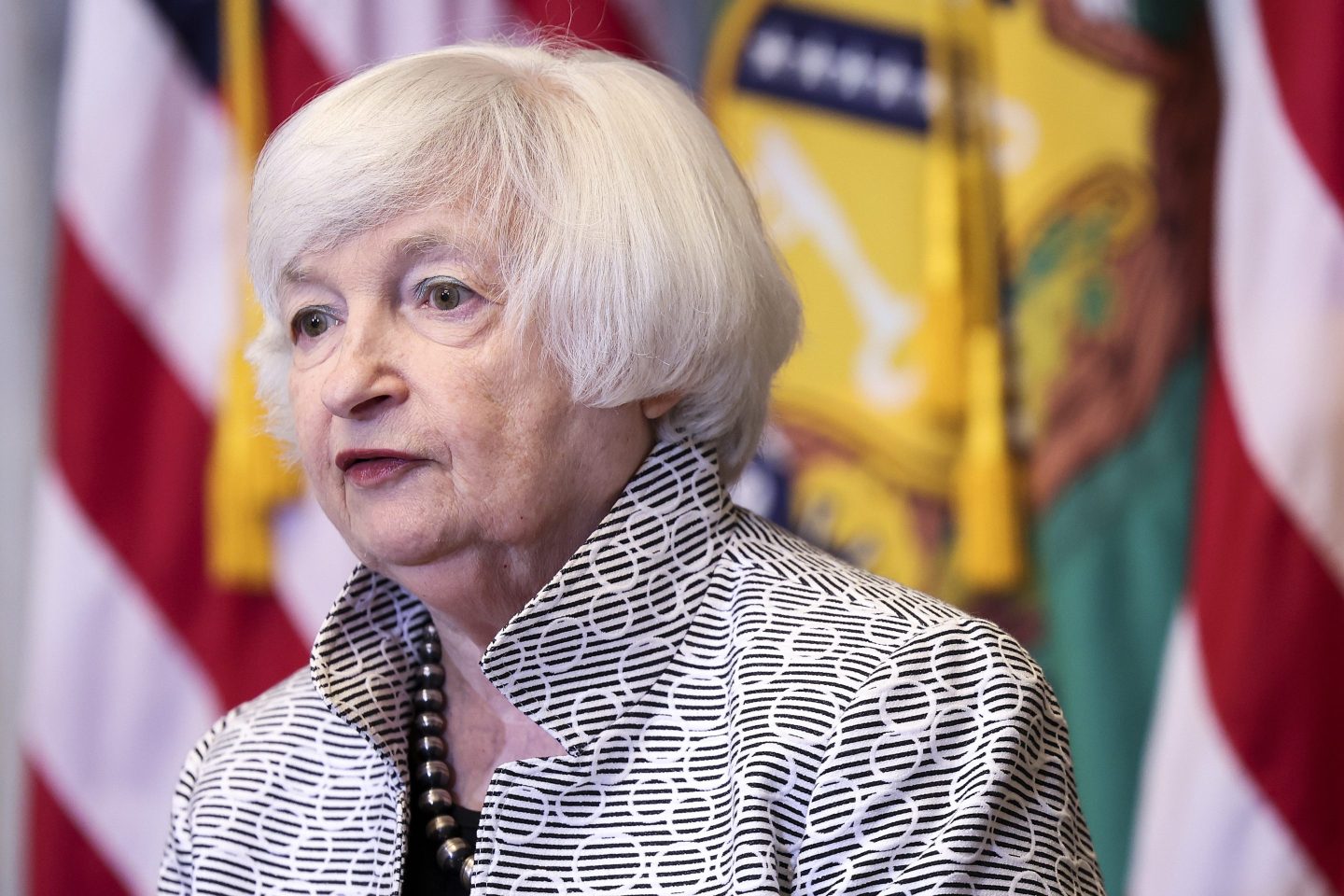 The Biden administration has been on a hot streak as inflation has slightly cooled down this summer, but its top finance official is still worried.

Treasury Secretary Janet Yellen was asked about the gas price by CNN’s chief political correspondent Dana Bash on Sunday, just days after she went on a trip to Michigan touting the Biden administration’s economic progress.

When asked if Americans should be worried about gas prices going back up in the winter, Yellen did not give a straight yes or no answer.

She went on to explain that this winter, the EU will cease, for the most part, buying Russian oil: “And, in addition, they will ban the provision of services that enable Russia to ship oil by tanker. And it is possible that that could cause a spike in oil prices.”

In late May, EU leaders agreed to their sixth sanction package against Russia since it invaded Ukraine, banning imports of Russian oil. Earlier this month, the G7 (an organization of seven leading advanced economies) agreed to impose the price cap on Russian oil in hopes of reducing Russia’s revenues and limiting its ability to fund its war in Ukraine.

This tightens the already shortened supply that has triggered an energy crisis in Europe. And in turn, Yellen warned, it could affect U.S. gas prices.

The national average gas price is down substantially from June’s high of $5.02, to $3.72 as of Monday, according to AAA data.

Whether gas prices go up or not, it likely won’t happen immediately. A Bank of America Research note published on Friday found the national average of unleaded retail gasoline prices “has fallen every single day since June 13” and “the consumer should experience a solid tailwind for at least another month.”  AAA puts the high at June 14, but the BofA note is based on spending by bank cardholders, which likely explains the discrepancy.

Yellen also mentioned a proposed Western price cap, in line with the EU’s move, on Russian oil exports, which could help keep gas prices down.

“Our price cap proposal is designed to both lower Russian revenues that they use to support their economy and fight this illegal war, while also maintaining Russian oil supplies that will help to hold down global oil prices,” she said.

Bank of America noted in the same report that there has been an indirect benefit of lower gas prices: improved consumer confidence, which is exactly what the Biden administration needs ahead of midterm elections.

But consider Yellen worried about the risks that remain.