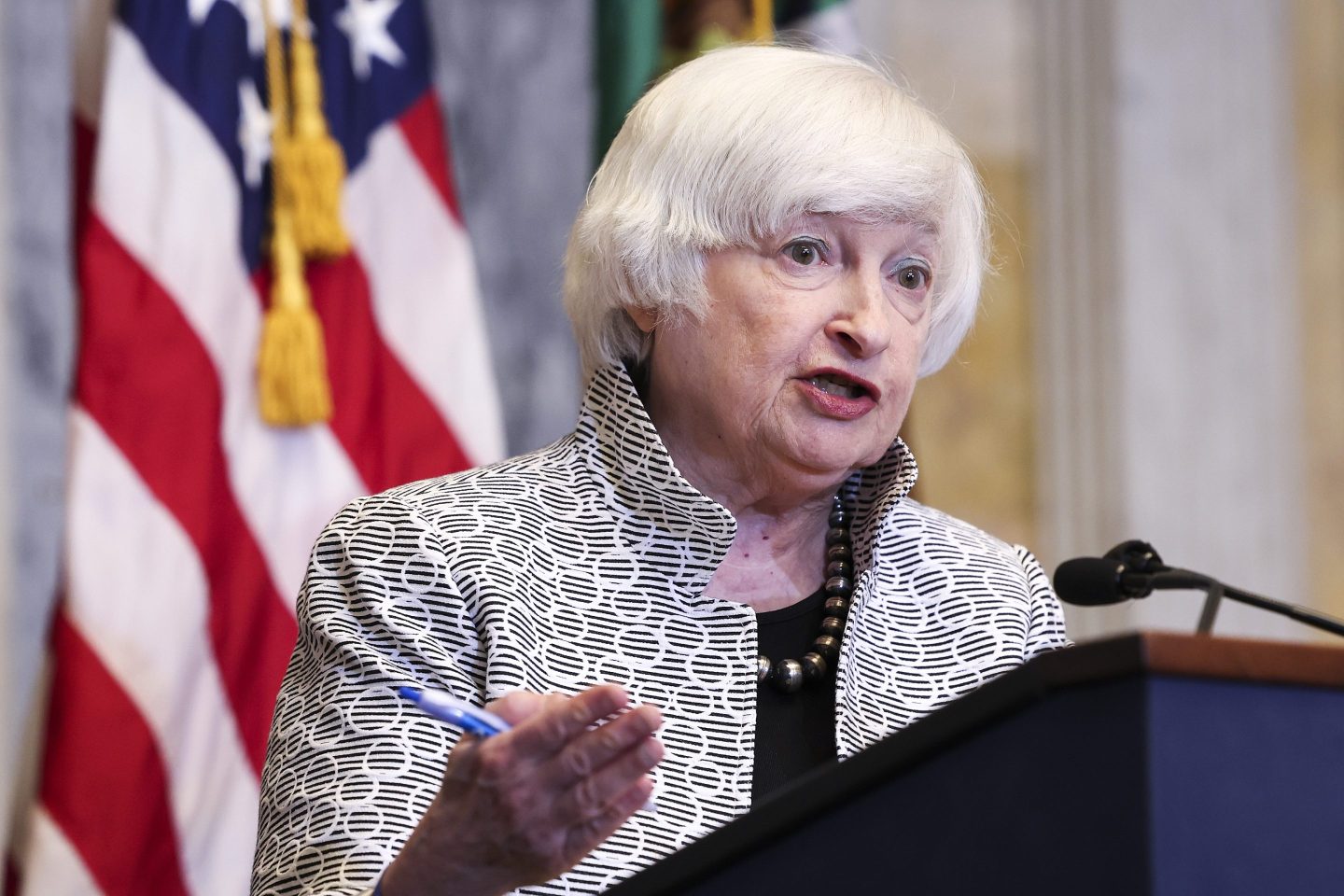 Treasury Secretary Janet Yellen said she remains hopeful the U.S. economy can avoid recession, but added that Americans understand the need for the Federal Reserve to conquer inflation.

“The Fed is going to need great skill and also some good luck to achieve what we sometimes call a soft landing,” Yellen said Sunday in an interview on CNN’s “State of the Union.”

“My hope is we will achieve a soft landing, but Americans know it’s essential to bring inflation down and, over the longer run, we can’t have a strong labor market without inflation under control,” she said.

Those remarks align her with Fed Chair Jerome Powell, who said last week that he and his policy making colleagues at the central bank are “strongly committed” to taming inflation, which remains near a 40-year high.

His words caused investors to increase expectations for a third straight hike of three-quarters of a percentage point at the Fed’s Sept. 20-21 policy meeting.

Yellen said President Joe Biden’s administration would leave monetary policy to the Fed. “I believe our goals are very well aligned,” she said. “We want to see a strong labor market and inflation coming down to more normal levels.”

The Treasury chief also said the U.S. economy’s growth rate was slowing, a natural consequence of rising rates, though the labor market remained “exceptionally strong” with almost two vacancies for every worker looking for a job.