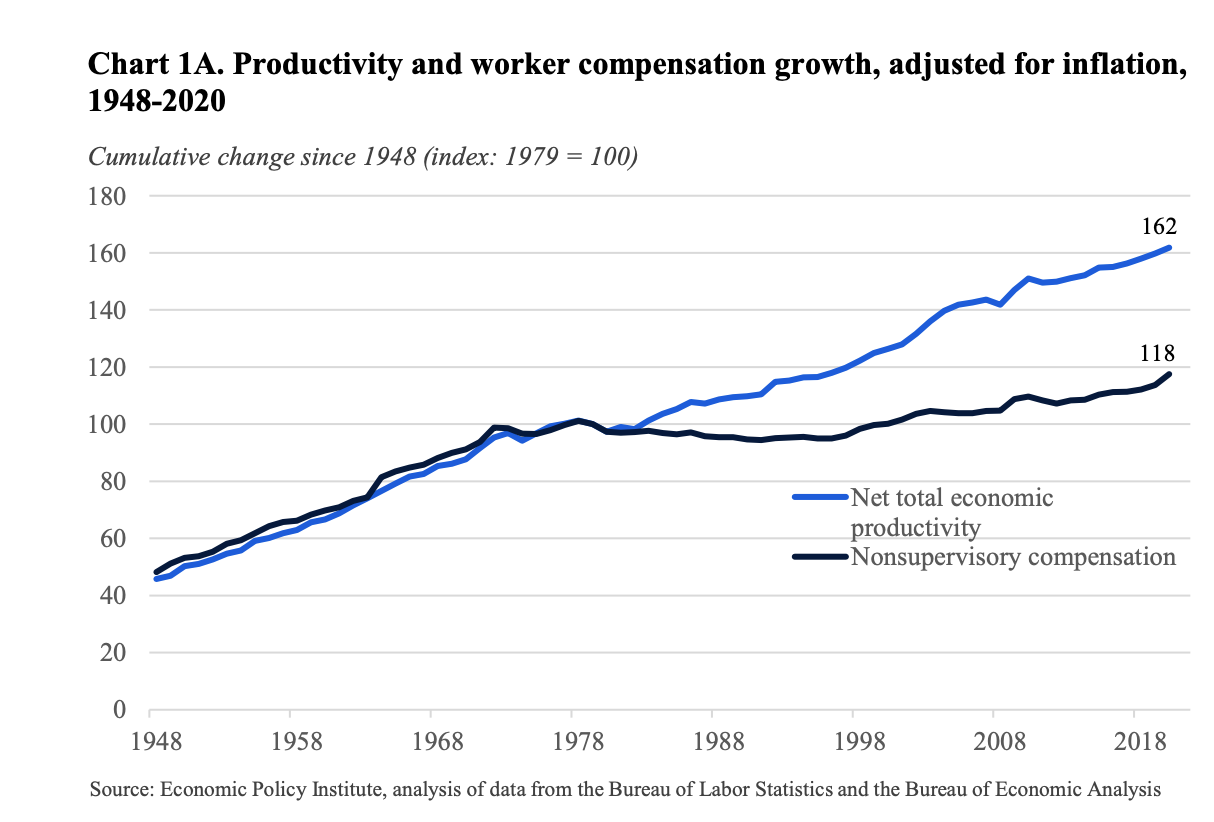 With his climate and health care bill already signed, President Joe Biden is now pushing his economic agenda that is focused on middle and low-income workers along with organized labor.

On Friday, the White House released the “Biden-Harris Economic Blueprint,” a 58-page document intended to show that Biden is trying to address the financial concerns of many Americans amid record inflation, while also touting his policy successes so far.

“This Congressional session, the President and Congressional Democrats passed the most aggressive economic recovery package since FDR, the most substantial infrastructure investment since Eisenhower, the most significant investment in manufacturing and research and development in history, and a historic law to lower costs for families and accelerate clean energy manufacturing,” it wrote in a statement.

The blueprint has five central “pillars” that build on Biden’s existing economic policies, which so far has been geared toward pandemic recovery and getting inflation under control—goals that continue to be top of mind for the administration.

Throughout this year, economic uncertainty has caused Biden’s approval ratings to drop with key midterm elections just two months away. He must convince voters that he has economy under control or risk Democrats losing the majority in the House and their narrow edge in the Senate.

“President Biden’s top economic priority is bringing down inflation and lowering costs for families, while helping transition our economy from a historically strong recovery to stable, steady growth,” the White House wrote in the introduction to the blueprint.

The first pillar in Biden’s agenda is titled “Empowering Workers.” In the blueprint, the White House acknowledges that while worker productivity has grown 62% over the last four decades, compensation has fallen behind, growing just 18%. That gap, the White House asserts, is partly attributable to the decline in union membership over the second half of the 20th century and into the 21st, with now just 6.1% of private sector workers belonging to unions.

A central part of Biden’s agenda moving forward, then, is ensuring that the U.S. becomes more favorable to labor. His administration has already taken significant steps toward doing so, according to the White House, like appointing a pro-labor attorney as the National Labor Relations Board’s general counsel.

The second pillar is titled “Making and Building it in America” and focuses on domestic infrastructure investment, especially with regards to clean energy. The third, “Giving Families Breathing Room,” highlights provisions for health and childcare included in the Inflation Reduction Act, along with the President’s landmark student loan forgiveness plan announced last month.

Central to the blueprint is ensuring that any improvement to the U.S. economy is sustainable. “President Biden’s economic strategy is about both historic recovery and deeper, lasting change to ensure an economy that works for working families,” the White House wrote.

In recent weeks, prominent Republicans have continued to be highly critical of Biden’s economic policies. With the announcement of widespread federal student debt relief, for example, Biden was accused variously of “socialism” and playing a “midterm Hail Mary.”

For a time, it seemed that Biden’s administration would be marked by gridlock and stagnation, with key Democrats blocking major policy proposals, until Congress passed the wide-ranging Inflation Reduction Act this summer.

The “Biden-Harris Economic Blueprint” does not come with any specific new policy measures.