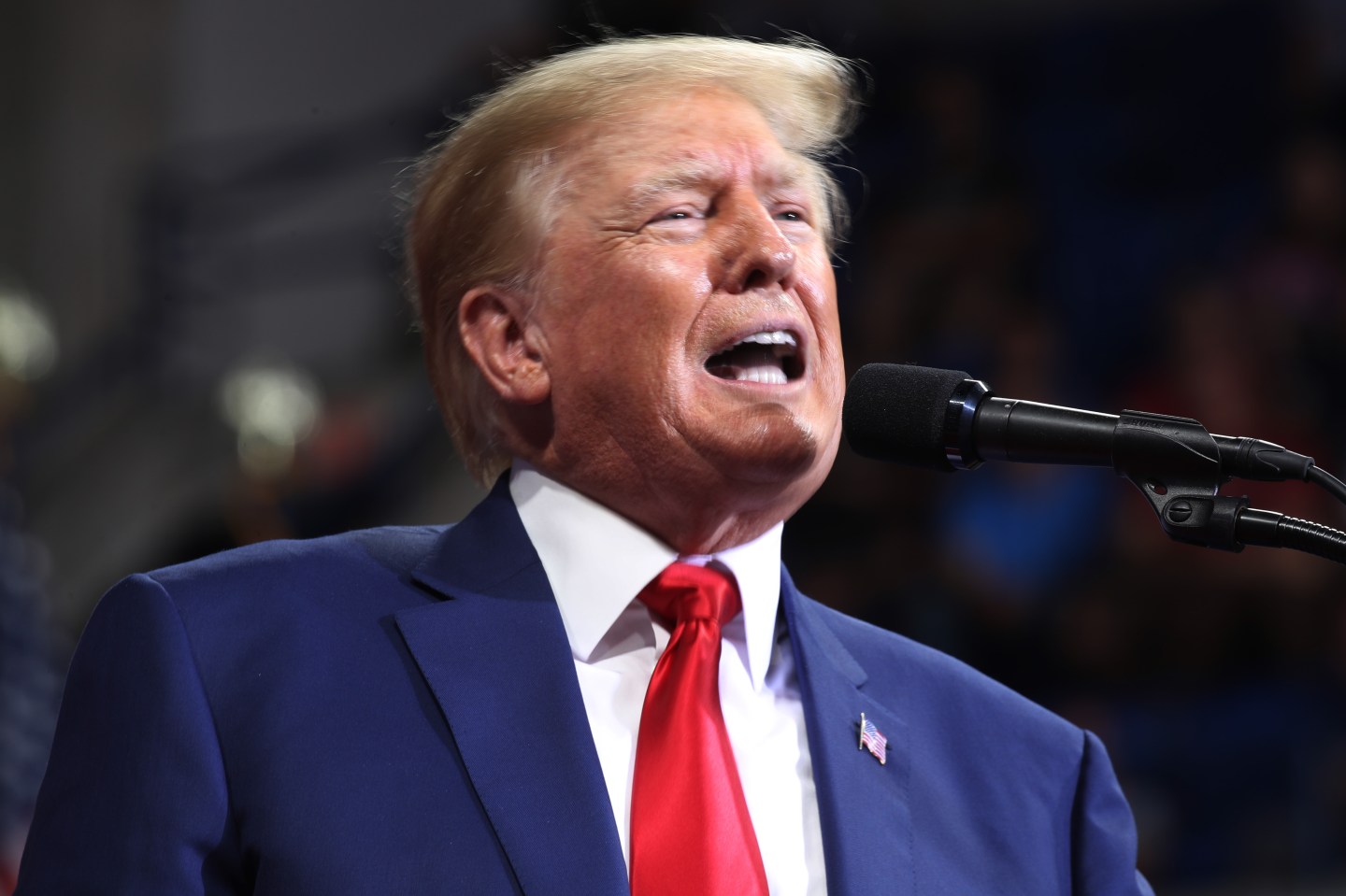 A federal judge granted Donald Trump’s request for a neutral third party to review documents seized by the FBI from his Florida home and temporarily barred the government from using the trove to develop its criminal investigation into the former president.

US District Judge Aileen Cannon, a Trump appointee, said in a Monday ruling that the government could continue to access the documents—many of them bearing the nation’s highest classification markings—for the limited purposes of conducting a national-security review that’s already underway.

“The investigation and treatment of a former president is of unique interest to the general public, and the country is served best by an orderly process that promotes the interest and perception of fairness,” Cannon said in her ruling.

Cannon ruled that the special master could review the seized materials for both attorney-client privilege and executive privilege. The Justice Department argued that a former president cannot assert executive privilege against the administration of the sitting president, but the judge said the Supreme Court had not settled that issue.

The suggestion that the Supreme Court may need to decide the issue points to the possibility of significant delay in the case. That’s a win for Trump, who may be able to push his own narrative about the search and air his grievances—including ahead of the midterm elections—while the case against him is stuck in legal limbo.

The Justice Department didn’t immediately respond to a request for comment. It argued in court last week that the investigation was urgent and time-sensitive.

“It is a setback for DOJ,” said Richard Serafini, a South Florida lawyer who previously worked for the Justice Department. “The biggest problem for DOJ was the inclusion of executive privilege. That, at least, suggests that former President Trump had a possessory interest in the documents taken from the White House.”

Cannon in the ruling said the exact details of the review process will be decided after both sides submit proposals. She asked the Justice Department and Trump’s lawyers to submit candidates for special master by Sept. 9.

Trump “ultimately may not be entitled to return of much of the seized property or to prevail on his anticipated claims of privilege. That inquiry remains for another day,” Cannon wrote. “For now, the circumstances surrounding the seizure in this case and the associated need for adequate procedural safeguards are sufficiently compelling to at least get plaintiff past the courthouse doors.”

The government started its search for highly classified White House records that were taken by Trump after he lost the 2020 election to President Joe Biden.

The judge said in her ruling that a neutral search for documents was justified in part by the Justice Department’s admission that the investigative team had already inadvertently seen documents potentially covered by attorney-client privilege.

“Those instances alone, even if entirely inadvertent, yield questions about the adequacy of the filter review process,” the judge said.

Cannon also questioned the Justice Department’s contention that Trump has no property interest in any of the presidential records seized from his residence because they belong to the government—not him.

“That position calls for an ultimate judgment on the merits as to those documents and their designations,” Cannon said, adding that the government had already conceded that the search had resulted in the seizure of more than 500 pages of documents potentially covered by attorney-client privilege

The case started after Trump voluntarily returned 15 boxes of records in January after months of negotiations with the National Archives. The Archives found highly classified documents in the trove and referred the matter to the Justice Department, which began a probe to determine if Trump had more such materials in his possession.

The court unsealed the search warrant in the case as well as part of the FBI affidavit that was used to secure it. But the redactions have so far prevented the public from learning how the Justice Department was able to determine that Trump wasn’t handing over all the classified records in his possession. The case involves numerous civilian witnesses, according to the Justice Department.

Cannon issued a preliminary order on Aug. 27 indicating she was leaning toward granting Trump’s request.

–With assistance from Kathleen Hunter.