Russia could be ‘North Korea on steroids’: Economist and ex–Kremlin adviser warns what could happen if Putin is replaced 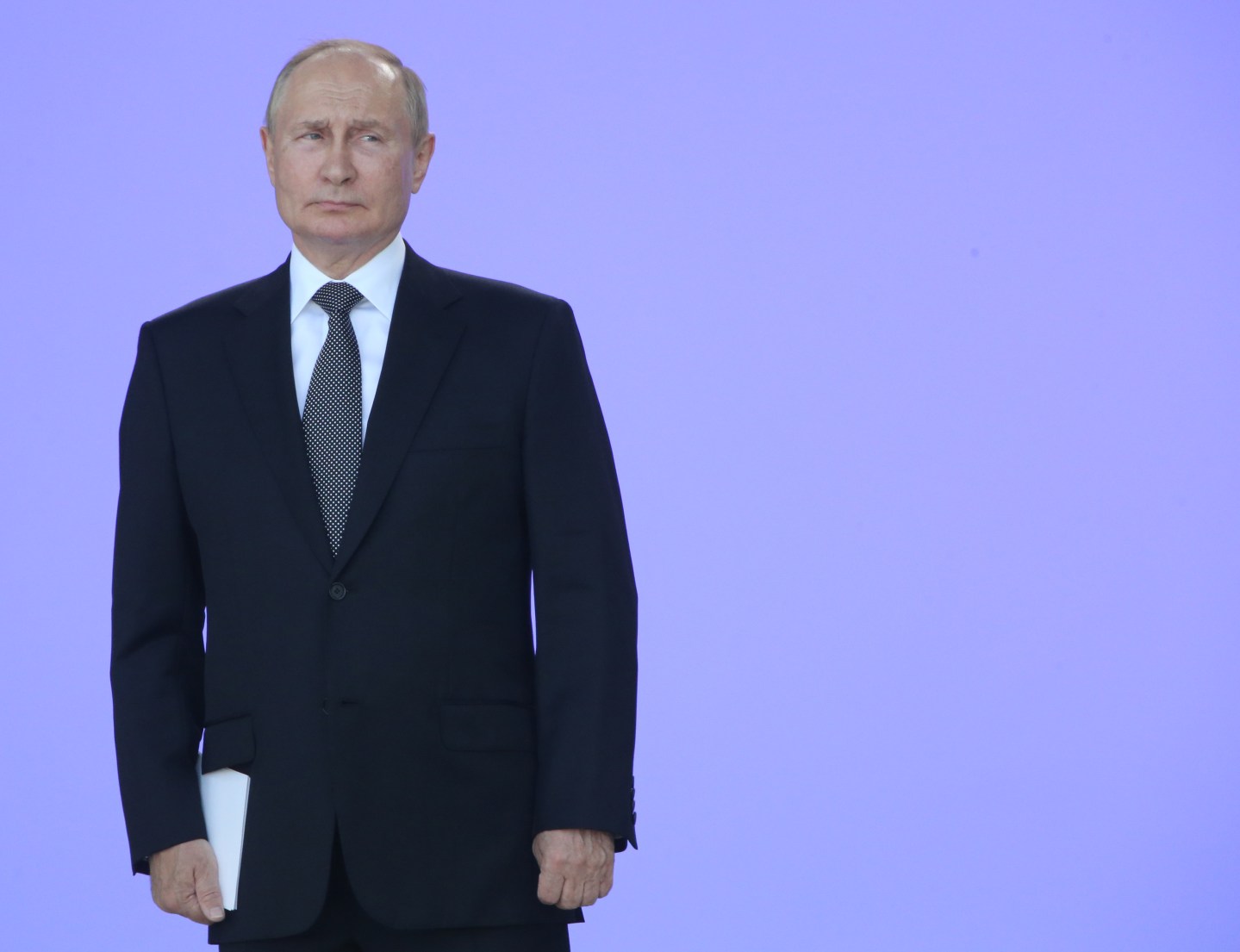 Without Putin in power, the future of Russia would be unpredictable.
Photo by Getty Images Europe

Russian President Vladimir Putin is in complete control of his country and its government, but should he ever be replaced, the frail political system he helped construct could be at risk of a catastrophic collapse.

That is the view of Sergei Guriev, a Russian economist and former adviser to the Kremlin, who is warning that a Putin-less Russia could quickly become even more volatile and unpredictable than it is today.

“Regimes like this change in very unpredictable ways,” Guriev said in an interview with CNBC this week. “It’s very hard to predict what will come after Putin. The reason for that is Putin has built his regime in a way nobody can replace him.”

Guriev said that Putin has built up Russia’s government in a way that, should he be removed or replaced, the entire system would cease to function, and lead to either a collapse or at the very least a significant rehaul.

Guriev is a liberal-minded economist who fled Russia in 2013 amid a mounting Kremlin investigation. At the time, the economist wrote in a New York Times opinion article that he “feared losing my freedom.”

Since then, Guriev sees Russia’s government as having become only more insulated and fragile, largely owing to the nature of Putin’s rule.

“People around him don’t trust each other, sometimes hate each other, so if he is gone the system will change somehow,” Guriev told CNBC.

Putin won his first official election in March 2000, which secured him two consecutive presidential terms until 2008. He then served as prime minister between 2008 and 2012, when he returned to the presidential post.

A 2008 constitutional amendment lengthened Russian presidential terms to six years instead of four, and Putin’s current fourth term as president runs to 2024.

Last year, Putin signed into law a new bill that grants him the right to run twice more in his lifetime, meaning he could conceivably remain in office until 2036 at the earliest, at which point he would be 83 years old.

Guriev said that in his two decades in office, Putin has focused on building himself up as a crucial cog holding Russia’s political system together. The consequences of that strategy, however, are that the system becomes very fragile once that centerpiece is removed.

In his 2021 book, Weak Strongman, American political scientist Timothy Frye put Putin’s regime into similar terms. Frye wrote that while Russia’s relatively weak political institutions made it easy for an autocrat like Putin to take power, their fragility also made the country more difficult to govern.

Putin consolidated his rule by assembling various elite businessmen close to him and placing them in positions of power and in control of Russia’s institutions, Frye wrote, but this system was also highly vulnerable, as it depended on Putin being around to manage any conflicts arising between the elites he had installed.

Should Putin leave office or be removed, Guriev says it is unlikely that his replacement will be selected democratically, and cracks would begin to show quickly in Putin’s absence.

“Probably initially it will be some kind of ultranationalist guy or military junta, but it will not last for long exactly because the system is built around Putin. And eventually, I think the system will collapse,” Guriev said.

He added that a reformed Russian society could emerge as being more willing to engage with other countries than Putin has been, although there was an equal chance that the end result would be a country even more isolated than North Korea, another famously alienated pariah to the West.

“It could be North Korea on steroids, who knows? But it could also be a situation where the system collapses and somebody who wants to rebuild the economy reaches out to the West,” Guriev said.

While Putin has been carefully building this system throughout his presidency, for a long time it appeared just as likely that Russia could “go either way,” Guriev said, referring to the possibility that the West and Russia could engage with each other and coexist peacefully.

But this period of engagement may well have ended with the Russian annexation of Crimea in 2014, Guriev said, after which Putin “continued to build his war machine” and the West did not adequately punish the Russian president.

If the period of trying to engage peacefully and diplomatically with Russia was not over in 2014, as Guriev suggested, Putin’s ordering of a full-scale invasion of Ukraine last February may have brought it to a definitive end.

Last April, U.K. Foreign Secretary and current prime minister hopeful Liz Truss declared that “the age of engagement with Russia is over,” and suggested that the West begin prioritizing strategies to deter Putin altogether.